Nio Rolls Out Battery as a Service 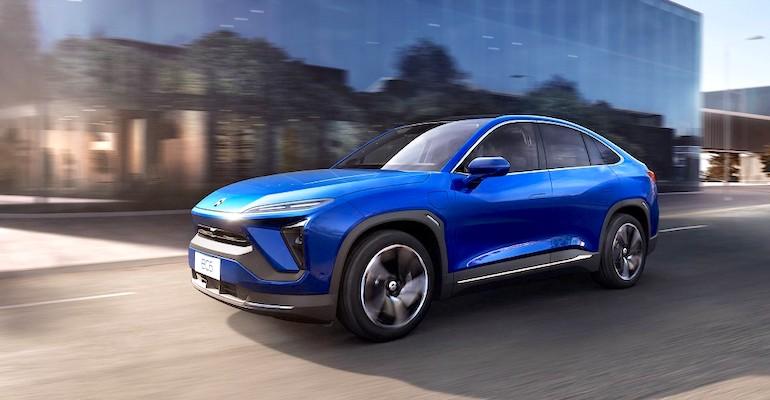 The Chinese-built Nio EC6 electric sedan has a battery pack that can be swapped for a new one in just a few minutes.
Chinese carmaker Nio introduces a Battery as a Service (BaaS) swappable battery system.

Batteries not included. That’s the idea behind Chinese car company Nio’s Battery as a Service (BaaS). Enabled by easily swappable battery technology and standardization of battery packs between the company’s model line-up, the battery subscription service reduces the vehicle price by about $10,000, bringing that price below a similar ICE vehicle.

The Nio vehicle is purchased without the battery and various monthly subscription services are offered including a 70.0-kWh pack with six swaps per month, priced at about $142. For those who don’t want to swap batteries but still need the pack to charge at home or using a public charger, the cost is about $12 a month.

Battery swapping is not new. More than a decade ago a start-up called Better Place partnered with Renault, launching an electric sedan with a network of robotic battery service stations located in Israel and Denmark. It was early in the evolution of EVs and the high investments needed to develop the swapping infrastructure and a limited number of swapping stations left more than a few unhappy customers.  Better Place filed for bankruptcy in Israel in May 2013 after spending nearly a billion dollars on the concept.

As of August 20 of this year, NIO claims that it has already obtained more than 1,200 patents related to battery swapping, and built 143 Power Swap stations in 64 cities across China, completing over 800,000 swaps for users. “The advantages of our chargeable, swappable and upgradable battery swap technologies will continue to enhance competitiveness of NIO products, promote conversion to our premium smart EVs and create more values for our users,” said William Bin Li, founder, chairman, and chief executive officer of NIO in a company news release.

About the Same Time as a Fill Up

Because recharging an EV can take 30 minutes or more, even with present levels of DC fast charging, the idea of a swappable battery pack is enticing—it takes just a few minutes to replace the whole battery pack with a fresh fully-charged one in about the time it takes to fill up a gas tank. Even with battery swapping available, however, Nio expects most users will typically charge their EV at home or one of the 35,000 Nio public fast chargers that it has installed across China. Users will save battery swapping for when they are in a hurry. 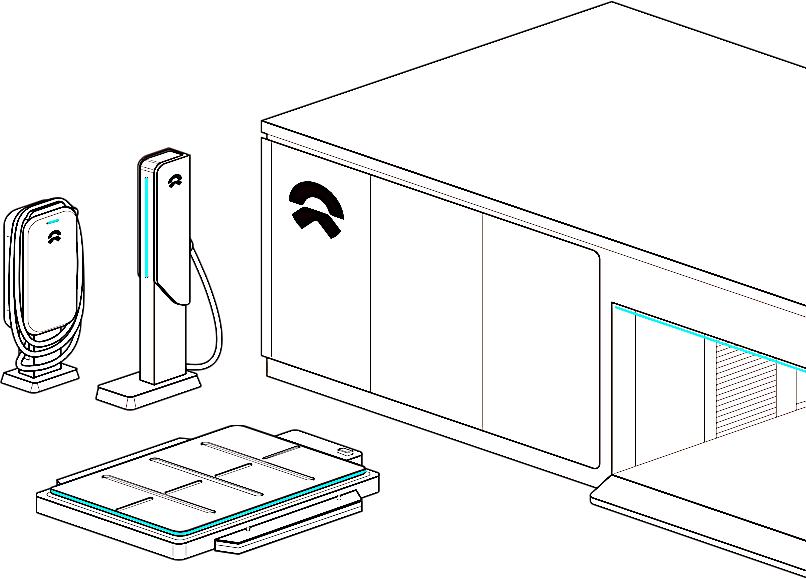 Beyond the swappable aspects of the pack, the idea of leasing the battery instead of owning it has some additional advantages. Aside from the significant reduction in purchase price, NIO owners can easily replace a faulty battery or one that has reached the end of its life by swapping it for a new one, or upgrade the battery in the vehicle as newer higher capacity battery technologies become available in the future. Because CATL is involved in the project, new battery innovations have the potential to be rolled out more quickly.

Other car companies have looked into the battery swapping concept and found some issues. Volkswagen, for example, thought about it, but ultimately gave it a pass. “Instead of swapping a battery in a complicated concept [battery swapping], we concentrated on quick and simple fast charging of the battery,” explained Mark Gilles, Senior Manager, Product and Technology Communications at Volkswagen of America. Even with available fast charging, VW has found EV owners have just not been in that much of a hurry to get back on the road. “Our data indicates that only 3-5% of all EV drivers use fast charging as an option to get juice in their battery,” Gilles told us. While this could change as EVs become more popular, rolling out more fast chargers might be a better bet than investing in battery swapping.

Operationally, there are some other practical issues. “A battery swapping facility is very expensive because it can take only one car at a time and you need to work in an automated fashion underneath the vehicle because of the dirt and snow, etc., that can get trapped in and around the undercarriage,” said Gilles. Then there is battery ownership. For battery swapping to work, you need to lease the battery pack. If you own the battery, you could be in for a nasty surprise after a swap. "What happens if you swap to one that has a lot more miles and doesn’t accept charge so well?” Gilles said.

A Range of Options

Nio presently offers an electric sedan and two small-size electric SUV models. The company plans to expand sales into Europe in 2021 but has not announced if it will also implement BaaS and battery swapping outside of China. 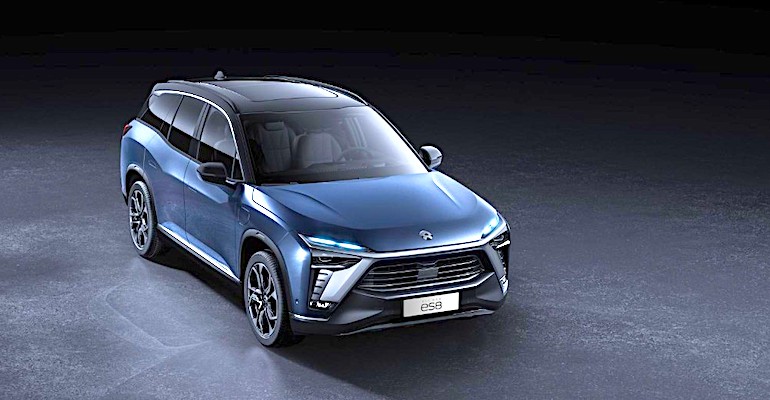 The Nio ES8 electric SUV will be sold in European markets starting in 2021. It has not been announced if battery swapping will be available.

If you look at battery swapping as just one of a number of possible ways to extend the usability of an EV and it makes some sense. Look at battery leasing as a way to reduce the purchase price of an EV to make it potentially more attractive than a gasoline model and then the ability to swap out the battery for a newer one is just icing on the cake.