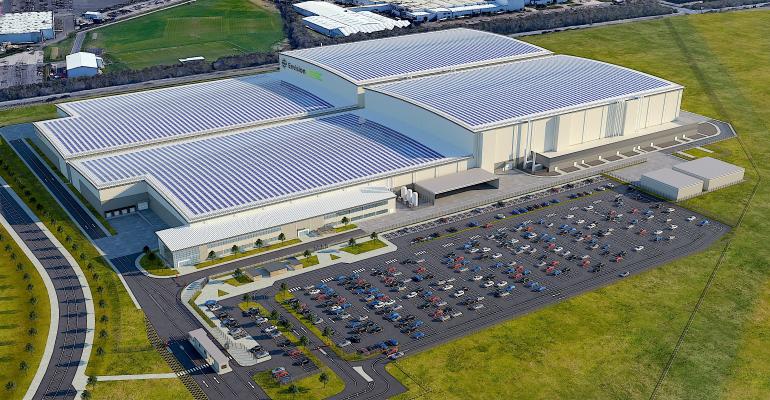 A rendering of the planned Envision AESC gigafactory as part of the Nissan EV36Zero project.
Nissan is aiming to makes its EVs as green to build as they are to drive.

Nissan is continuing its journey on the path toward carbon neutrality and environmental circularity for its products with investments in new EV production and battery recycling efforts aimed to reduce the company’s carbon footprint from EV manufacturing.

The company says that the $1.38 billion complex in Sunderland, U.K. is a world-first EV manufacturing ecosystem. It includes production facilities for Nissan’s upcoming electric crossover SUV, a gigafactory battery plant, and a renewable energy microgrid to power it all.

“This project comes as part of Nissan's pioneering efforts to achieve carbon neutrality throughout the entire lifecycle of our products,” said Nissan President and Chief Executive Officer, Makoto Uchida. “Our comprehensive approach includes not only the development and production of EVs but also the use of on-board batteries as energy storage and their reuse for secondary purposes.”

The project, dubbed “EV36Zero,” will produce an as-yet-unnamed crossover model to complement the company’s long-running Leaf EV. Production capacity is 100,000 vehicles per year with the expectation of export to European markets. Employment at the site will grow by 909 jobs and the company says the work will safeguard another 75 R&D jobs at Nissan’s European Technical Centre in Cranfield.

The new model will be built on Nissan’s Alliance CMF-EV platform, and the company pledges it will embody next-generation styling, efficiency, and battery technology. 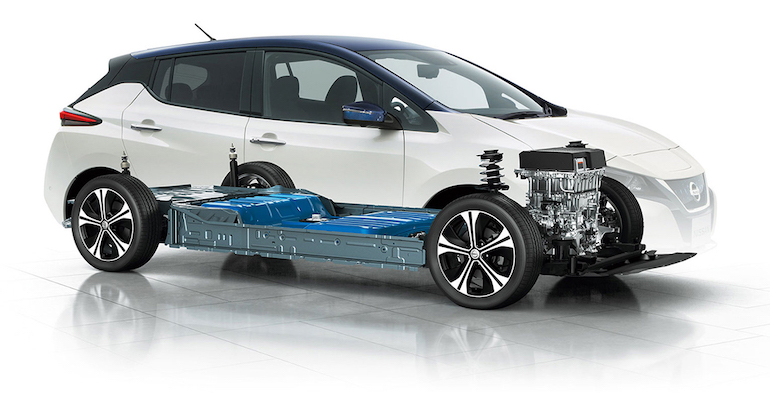 Those batteries will come from a new gigafactory built in partnership with battery giant Envision AESC. Initial production will be 9 GWh of batteries annually with 750 new jobs, with a target of 25 GWh by 2030, creating 4,500 jobs at the factory. The site has the ultimate potential of 35 GWh production, according to Nissan.

“Growth in demand could bring future investment of up to £1.8 billion, additional capacity of 25GWh and 4,500 jobs by 2030,” noted Lei Zhang, founder and Chief Executive Officer of Envision Group. “This will put the North East at the heart of a new EV hub in the UK, collaborating on R&D around the whole battery lifecycle, from storage to second life use, V2G smart charging, and closed-loop recycling.”

Key to green vehicles actually being green is having renewable power for their assembly. The system will incorporate existing Nissan solar and wind farms and add as many as ten more solar farms for a forecast generation capacity of 132 MW. The variability of this generation capacity will be attenuated with the use of a 1 MW bank of batteries recycled from Nissan electric vehicles.

This would make Nissan effectively a customer of its own 4R Energy Corp. partnership with Sumitomo Corp. When 4R receives a recycled battery, it tests the cells to grade their condition. Top-performing cells can even go into battery packs for new cars. “B” grade cells are good for industrial applications like forklifts. “C” grade batteries are the ones that go into standby or grid-balancing battery packs, where they can still serve another 10-15 years according to the company.