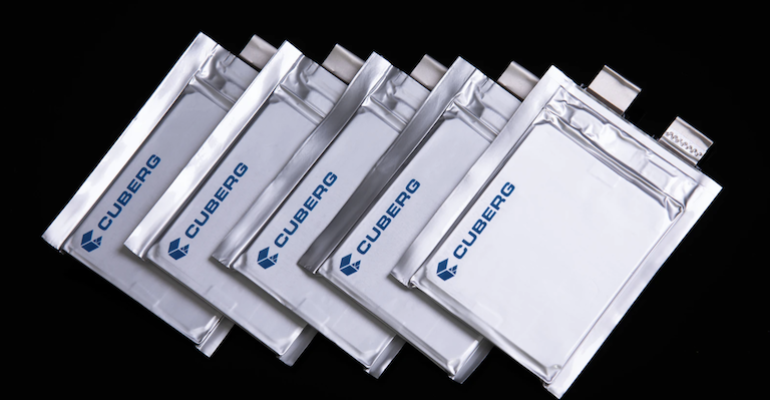 Northvolt, which is 20% owned by the Volkswagen Group, is a European supplier of lithium-ion battery cells and systems. In addition to Volkswagen, other Northvolt industrial partners and customers include ABB, BMW Group, Scania, Siemens, Vattenfall, and Vestas.

Cuberg was spun out of Stanford University in 2015 to commercialize next-generation battery technology using a lithium metal anode along with an innovative liquid electrolyte combined with a lithium metal anode. Cuberg customers include Boeing, BETA Technologies, Ampaire, and VoltAero. Its investors and financial backers include Boeing HorizonX Ventures, Activate.org, the California Energy Commission, the U.S. Department of Energy, and the TomKat Center at Stanford.

“The Cuberg team has shown exceptional ability to develop world-class technology, proven results and an outstanding customer base in a lean and efficient organization,” said Peter Carlsson, CEO, and Co-Founder, Northvolt. “Combining these strengths with the capabilities and technology of Northvolt allows us to make significant improvements in both performance and safety while driving down cost even further for the next-generation battery cells. This is critical for accelerating the shift to fully electric vehicles and responding to the needs of the leading automotive companies within a relevant time frame.”

Cuberg’s is based upon the use of a liquid electrolyte technology along with a lithium metal anode. Current rechargeable commercial lithium-ion batteries used in personal electronics and electric vehicles (EV) use a carbon graphite anode (negative electrode) that stores lithium ions when the battery is charged and releases them during discharging. The problem is only a limited number of lithium ions can be stored within the layers of graphite, limiting the energy that can be stored in the lithium-ion battery. The use of lithium metal as an anode provides a vastly larger number of lithium ions to take part in the electrochemical reaction, resulting in a battery with up to five times the capacity of lithium-ion cells.

A problem occurs however when charging—lithium metal plates unevenly onto the surface of the anode, forming spikey crystals of metal called dendrites. These dendrites can grow large enough to short-out the battery cell and cause a fire. A great deal of research effort is underway to find ways to suppress the growth of dendrites, including the use of solid electrolytes made from ceramics or polymers in so-called solid-state lithium batteries.

As a part of the Northvolt acquisition of Cuberg, the Swedish company will establish an advanced technology center in Silicon Valley. In addition to the development of lithium metal battery cells and optimizing the technology for automotive applications, the Silicon Valley center will focus on materials research and development of future lithium-ion anode and electrolyte technologies.

“We are very excited to join forces with Northvolt to build the future of clean energy together,” said Richard Wang, CEO, and Co-Founder of Cuberg. “Northvolt brings incredible technology and manufacturing capabilities that will accelerate the commercialization and adoption of our lithium metal technology. Their deep engineering experience and bold spirit perfectly complement Cuberg’s own culture of rapid innovation.”