President Invokes Defense Act For US Production of Battery Materials 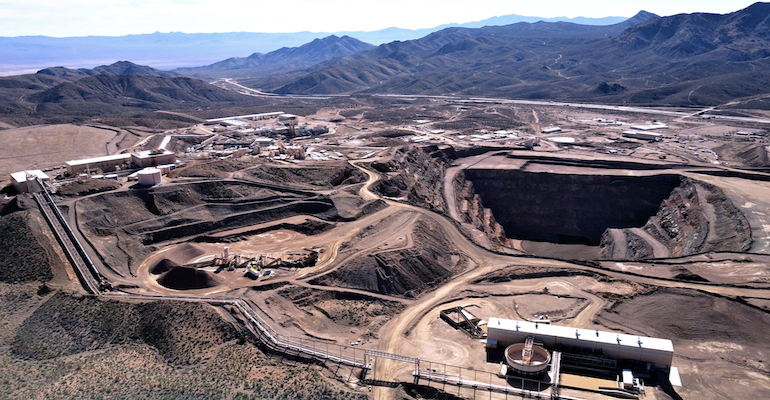 Mountain Pass Rare Earth Mine and Processing Facility in California is the only scaled site of its kind in the Western Hemisphere
The Defense Production Act will be used to expand the supply of US-sourced battery materials for EVs and grid storage.

President Biden has issued a directive, authorizing the use of the Defense Production Act (DPA) to secure American production of critical materials to “…bolster our clean energy economy by reducing our reliance on China and other countries for the minerals and materials that will power our clean energy future,” according to a White House statement on March 31, 2022.

According to the Federal Emergency Management Agency (FEMA), The Defense Production Act “…is the primary source of presidential authorities to expedite and expand the supply of materials and services from the U.S. industrial base needed to promote the national defense. DPA authorities are available to support: emergency preparedness activities conducted pursuant to title VI of the Stafford Act; protection or restoration of critical infrastructure; and efforts to prevent, reduce vulnerability to, minimize damage from, and recover from acts of terrorism within the United States.”

The Defense Production Act was established by President Harry Truman during the Korean War in the early 1950s to prioritize the development of specific materials for national production.

According to the White House, “Specifically, the DPA will be authorized to support the production and processing of minerals and materials used for large capacity batteries–such as lithium, nickel, cobalt, graphite, and manganese—and the Department of Defense will implement this authority using strong environmental, labor, community, and tribal consultation standards.”

Related: Mining Giant and Tesla Agree on a Nickel Deal: Will Tesla Make its Own Batteries?

This is big news for the transportation and the power sectors whose futures are dependent upon large capacity batteries to reduce the nation’s carbon emissions. At present, the vast majority of critical battery-grade materials used to build lithium-ion batteries, and rare-earth materials used to manufacture high-power electric motors come from China. In addition, Russia has been a historically major supplier of nickel—an important raw material in the cathodes of the highest power, longest range electric vehicle (EV) batteries. Russia’s war with Ukraine has caused nickel prices to shoot dramatically higher—just at a time when EVs were beginning to near price-parity with gasoline-powered vehicles.

Examining the Role of Electric Vehicles in China’s Airpocalypse
Feb 28, 2021