A Promise From the 1950s? Finally, Here Come the Flying Cars! 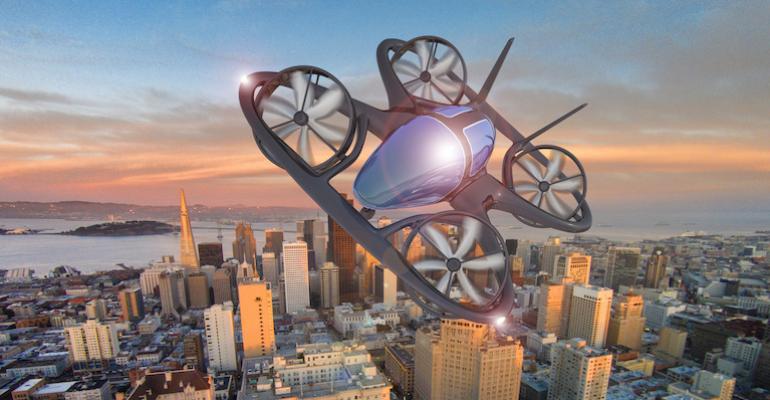 Potential electric vertical takeoff and landing (eVTOL) vehicles of the future have unique energy requirements, and researchers at Penn State have developed a prototype aimed to meet them.

We’ve seen flying cars in the movies, but so far they haven’t been invented in the real world, even in this time of great technological strides.

However, researchers at Pennsylvania State University (Penn State) are working to define the technical requirements for batteries for electric versions of these types of flying vehicles and as well have developed a prototype that could make them a real possibility soon.

Related: Electric Airships Use Modern Technology to Create a New Kind of Flight

Researchers led by Chao-Yang Wang, chair of mechanical engineering and director of the Electrochemical Engine Center at Penn State, are testing potential battery power sources that can meet the requirements for what are called electric vertical takeoff and landing (eVTOL) vehicles, they said.

Ostensibly flying cars that can be used for short-haul flights when traffic on the ground is at its worst, Wang believes these vehicles in the future can help save people time, increase their productivity, as well as, obviously, open the sky as a potential corridor for everyday transportation, he said.

However, the reason they haven’t been designed yet—despite the fact that there already are both proven EV technologies for automobiles and airplanes—is that “electric vertical takeoff and landing vehicles are very challenging technology for the batteries,” Wang said.

Bring on the Flying EV

To demonstrate a prototype battery for eVTOLs, Wang and his team used technology that they already developed for EV batteries, he said.

Before developing the new technology, however, researchers took into account certain considerations that make designing batteries for these types of vehicles more complicated than typical EV batteries, Wang said.

One of the requirements is that the high energy density so, obviously, flying cars don’t go falling out of the sky, he said. They also need extremely high power during take-off and landing, and will have to be capable of rapid recharging for true cost-effectiveness, Wang said.

"Commercially, I would expect these vehicles to make 15 trips, twice a day during rush hour to justify the cost of the vehicles," Wang said in a press statement. "The first use will probably be from a city to an airport carrying three to four people about 50 miles."

Weight is another key consideration, as the eVTOLs must be able to lift into the air, carry the battery and then land without it being a factor inhibiting any of these aspects of flight, researchers noted.

Considering these factors, researchers experimentally tested two energy-dense lithium-ion batteries based on the previous EV technology that can recharge with enough energy for a 50-mile eVTOL trip in five to ten minutes.

The batteries also could sustain more than 2,000 fast-charges over their lifetime, researchers reported in a paper on their work in the journal Joule.

What the team found is the key to the battery’s performance was to allow rapid charging of the batteries without forming dendrites, or lithium spikes that damage the battery and have caused these types of batteries to fail dangerously. Heating the battery also allows rapid discharge of the energy held in the battery to allow for take-offs and landings required by eVTOL vehicles, researchers said.

To enable this, researchers heated the batteries by incorporating a nickel foil that brings the battery rapidly to 140 degrees Fahrenheit, they said.

"I hope that the work we have done in this paper will give people a solid idea that we don't need another 20 years to finally get these vehicles," Wang said of the team’s work. "I believe we have demonstrated that the eVTOL is commercially viable."