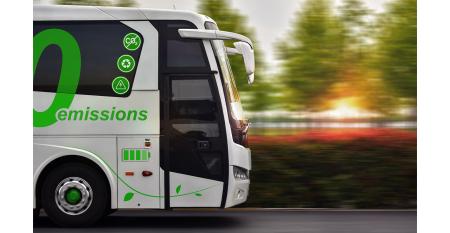 SAE is Paving the Way for Wireless Charging Heavy-Duty EVs
Jan 23, 2023
SAE has published its first Technical Information Report (TIR) that specifies both EV and ground-system requirements for heavy-duty...

Let’s Meet the 20 Bipartisan Infrastructure Law Grantees
Dec 05, 2022
These companies share a combined $2.8 billion to expand US production of batteries for EVs and the electrical...

Is Sweden Poised to Be the World’s 'Sustainability Valley?'
Oct 19, 2022
Similar to Silicon Valley’s place in computing, Nordic countries may be uniquely positioned to be the world...

Are Small Batteries Posing a New Health Risk?
Sep 14, 2022
A new report has found that “button” batteries are sending children to the ER at unprecedented rates.

European Union Has a Fix for Smartphone, Tablet e-Waste
Sep 09, 2022
A new European Commission proposal sees improved repairability as an answer to the growing e-waste challenge.

EV Metals Mining Poses Dual Dilemmas
Aug 29, 2022
On the one hand, EV metals mines have been dirty and dangerous. On the other, the supply chain calls for more of them—lots more.

Senate Bill Could Mean a Battery of Changes
Aug 02, 2022
How the Inflation Reduction Act—if it passes—will impact the battery and EV industries.

Solar Growth Trajectory Remains Uncertain
Mar 16, 2022
Clean energy provisions in the reconciliation bill could boost solar installations by 66 percent over the next 10 years.

The EPA’s Newer Fuel Economy Rating Score has Been Slow to Gain Traction with Drivers
Aug 27, 2021
The EPA started listing a new fuel efficiency metric in 2012, but nobody has noticed in the decade since.

Did You Need Proof? The US Government Shows That EVs Are Cheaper to Run
Jun 25, 2021
With vastly fewer moving parts, electric vehicles require significantly less maintenance than their gasoline-powered counterparts.

8 US Charging Networks That Might Hold the Future of EVs in Their Hands
Jun 14, 2021
As the EV charging infrastructure in the US becomes a political football, the private sector has so far been carrying the load.
Load More