Senate Bill Could Mean a Battery of Changes 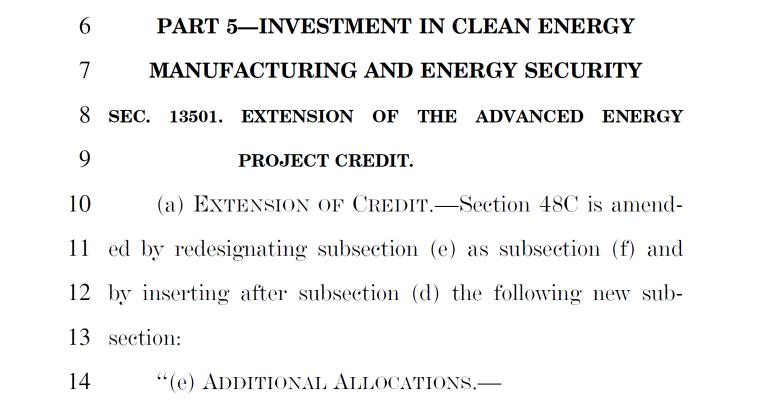 Start Slideshow ›
How the Inflation Reduction Act—if it passes—will impact the battery and EV industries.

On Thursday, July 28, Sens. Chuck Schumer (D-NY) and Joe Manchin (D-WV) surprised the US political world by announcing their agreement to add H.R. 5376 (117), dubbed the “Inflation Reduction Act of 2022,” to the FY2022 Budget Reconciliation bill.

The act contains numerous provisions similar to President Biden’s “Build Back Better” plan, which was scuttled when Sen. Manchin refused to support it. The new act is labeled “inflation reduction” and has major health care components but also includes $369.75 billion in energy security and climate change programs over the next ten years.

The proposed spending and related actions will, if passed, have a profound effect on the battery industry and the EV market.

It hasn’t passed yet, though: The Senate Parliamentarian is combing through it to ascertain whether all of it meets the criteria to be included in the veto-proof reconciliation bill and Sen. Kyrsten Sinema (D-AZ) has yet to sign off on it. The act will almost certainly be modified in some ways before a vote is taken in the Senate. That vote, though, may be as soon as the end of this week. The House of Representatives would then need to agree to it before the President could sign it into law.

In the days since the announcement of the act, numerous commentators have described the ways it may impact health care, climate change, inflation and other issues. Here at Battery Technology, we thought it was worth noting the ways the act would specifically impact our industry. Following is a quick look at its provisions from an EV/Battery perspective.

Stellantis’s Oliver Gross: V2G Can Be a Complete Game-Changer
Sep 09, 2022