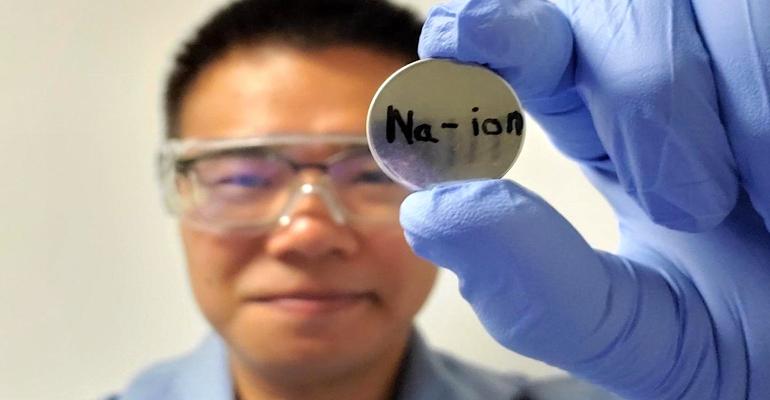 It is not that simple, of course. Both lithium and sodium are highly reactive metals that don’t exist in pure form in nature. Lithium is commercially available primarily as a compound of lithium carbonate or lithium hydroxide, either of which can be used as the starting point for lithium-ion battery production. Sodium’s most common form is sodium chloride (table salt) which can be converted in industrial processes to sodium carbonate, which has a variety of commercial uses.

Lithium is the Winner, at a Cost…

Both lithium and sodium-ion batteries were researched in the 1970s and 1980s, but by the 1990s, the superior energy and power capacity of lithium-ion cells moved them into a leading role and they have come to dominate personal electronics, electric vehicles (EVs), and grid storage applications. Initially, because EVs were a niche market and grid storage hadn’t taken off, the high cost of lithium chemistry wasn’t as great a concern. Now, however, with a goal of EVs having price parity with internal combustion engine (ICE) gasoline-powered vehicles, costs per kilowatt-hour for battery packs have become critical.

In addition to the costs associated with lithium, other raw materials costs impact lithium-ion batteries. The highest energy and power versions use nickel-based cathode electrodes. Nickel is expensive, as is the cobalt that is used to help stabilize the nickel cathode structure. In addition to its cost, that cobalt is most often sourced from the Democratic Republic of the Congo (DRC) in a region of the world with very little political stability.

This has led to renewed interest in sodium-ion batteries. In March 2020, we reported on research at the University of Southern Denmark using an electrode based on iron, manganese, and phosphorus to help create an efficient sodium-ion battery design. In their study, manganese, in particular, showed promise to improve the voltage and capacity of the battery, the researchers said.

In June 2020, Washington State University (WSU) and Pacific Northwest National Laboratory (PNNL) researchers announced that they had created “…a sodium-ion battery that holds as much energy and works as well as some commercial lithium-ion battery chemistries, making for a potentially viable battery technology out of abundant and cheap materials.”

The WSU team created a layered metal oxide cathode and a liquid electrolyte that included extra sodium ions, creating a “saltier soup” that resulted in better interaction with their cathode, and allowing for continued movement of sodium ions. This prevented inactive surface crystal build-up that had been observed as a problem in prior sodium-ion battery studies and allowed for unimpeded electricity generation.

"Our research revealed the essential correlation between cathode structure evolution and surface interaction with the electrolyte. These are the best results ever reported for a sodium-ion battery with a layered cathode, showing that this is a viable technology that can be comparable to lithium-ion batteries," said Yuehe Lin, a professor in WSU's School of Mechanical and Materials Engineering.

This three-dimensional solid electrolyte allows sodium ion diffusion in a hydroborate crystal. This new material forms a disordered yet highly symmetrical structure, allowing a mobility of sodium comparable to that of lithium in a commercial battery.

The idea of a solid electrolyte for sodium batteries has also received scrutiny. Research at the University of Geneva (UNIGE) has resulted in a non-flammable, solid electrolyte that operates at room temperature to transports sodium. Previously, Japanese and American research groups had identified hydroborates as good sodium conductors at over 120°C. The Geneva researchers set about working on lowering the conduction temperature. “We obtained very good results with excellent properties compatible with batteries. We succeeded in using hydroborates as an electrolyte from room temperature to 250 degrees Celsius with no safety issues. What’s more, they resist higher potential differences, meaning the batteries can store more energy,” said Radovan Cerny, a professor in UNIGE’s Laboratory of Crystallography and project leader in the UNIGE report.

It is the structure of the hydroborates developed by UNIGE that allows spheres of boron and negatively charged hydrogen to emerge. These spherical spaces leave enough room for positively charged sodium ions to pass. “Nevertheless, as the negative and positive charges attract each other, we needed to create disorder in the structure to disrupt the hydroborates and allow the sodium to move,” said Matteo Brighi, a post-doctoral fellow at UNIGE.

Lithium-ion batteries are not going to be replaced by sodium ion versions anytime soon—lithium chemistry has become too entrenched and the use of lithium iron phosphate (LFP) cathodes and/or new nickel-based cathodes containing little or no cobalt continues to push down the price of lithium ion-based energy storage.

It is said that real innovation in the industrial battery sector takes 10-15 years to go from the bench to commercialization. That means the possibility of widely used sodium-ion batteries is still a way off, but it is nice to know that a low-cost alternative to lithium-ion, using abundant and inexpensive materials is on the horizon.