Solar has Arrived! These Are the 12 Biggest Solar Power Plants in the World 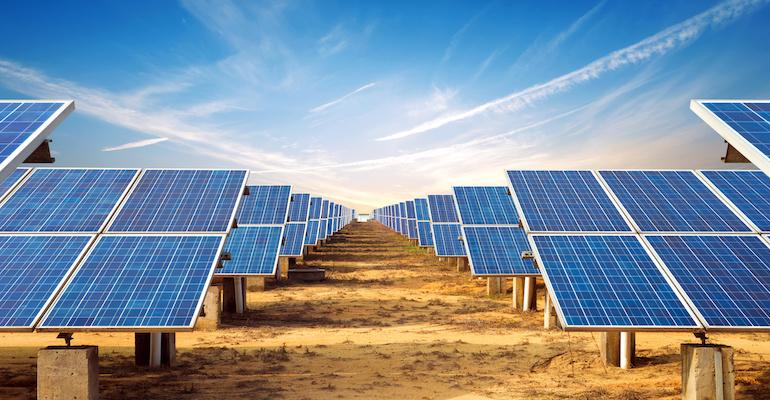 Start Slideshow ›
India, China, Mexico, the UAE, and even the US—giant solar power plants are springing up all over the world.

Solar power has arrived. According to the International Renewable Energy Agency (IRENA), worldwide, more than 80 percent of all new electricity capacity added last year was renewable, with solar and wind accounting for 91 percent of the new renewables. In the US, solar has ranked first or second in new electric capacity for each of the last 8 years. In 2020, 43 percent of all new electric capacity added to the electric power grid came from solar. That’s the largest amount in history and it’s the second year in a row that solar power added the most generating capacity to the grid.

While one advantage of solar power is its ability to be distributed on rooftops of homes and businesses, there has been tremendous growth in vast fields of photovoltaic (PV) solar panels that can produce the same power levels as traditional coal or natural gas power plants.

There are hundreds of these large-scale solar power plants that are springing up around the world. Some are modest, some are quite massive. In fact, installed solar capacity worldwide is just about on par with installed wind power capacity.

Here are the 12 biggest operational solar power plants (in 2020) ranked by their power output. These are the biggest plants now, but even more solar power capacity is being added in places like China, India, Saudi Arabia, and the United States. The world is going solar.