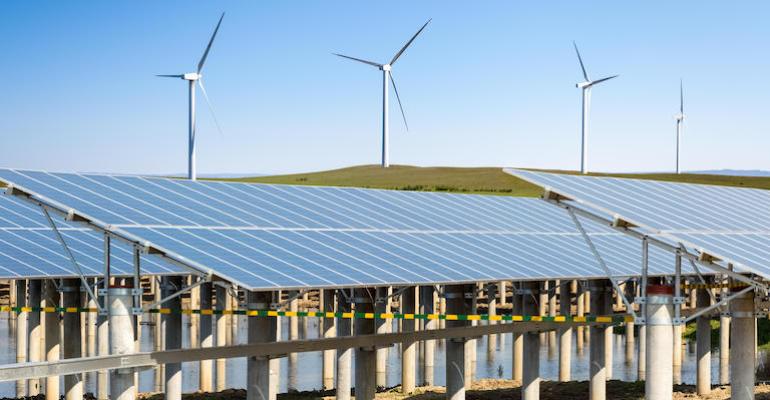 According to research commissioned by the United Nations Framework Convention on Climate Change (UNFCCC), achieving a goal of net-zero emissions on a global scale will require a climate investment of $125 trillion by 2050.

More than 130 countries have set or are considering a goal of net-zero emissions by 2050, and in 2021, the world spent $755 billion on deploying low-carbon energy technologies, up 27% from the year prior. The top 10 countries together invested $561 billion in the energy transition, nearly three-fourths of the world total.

This graphic highlights the top 10 countries by low-carbon energy investment in 2021 using data from BloombergNEF:

Image Courtesy of The Visual Capitalist 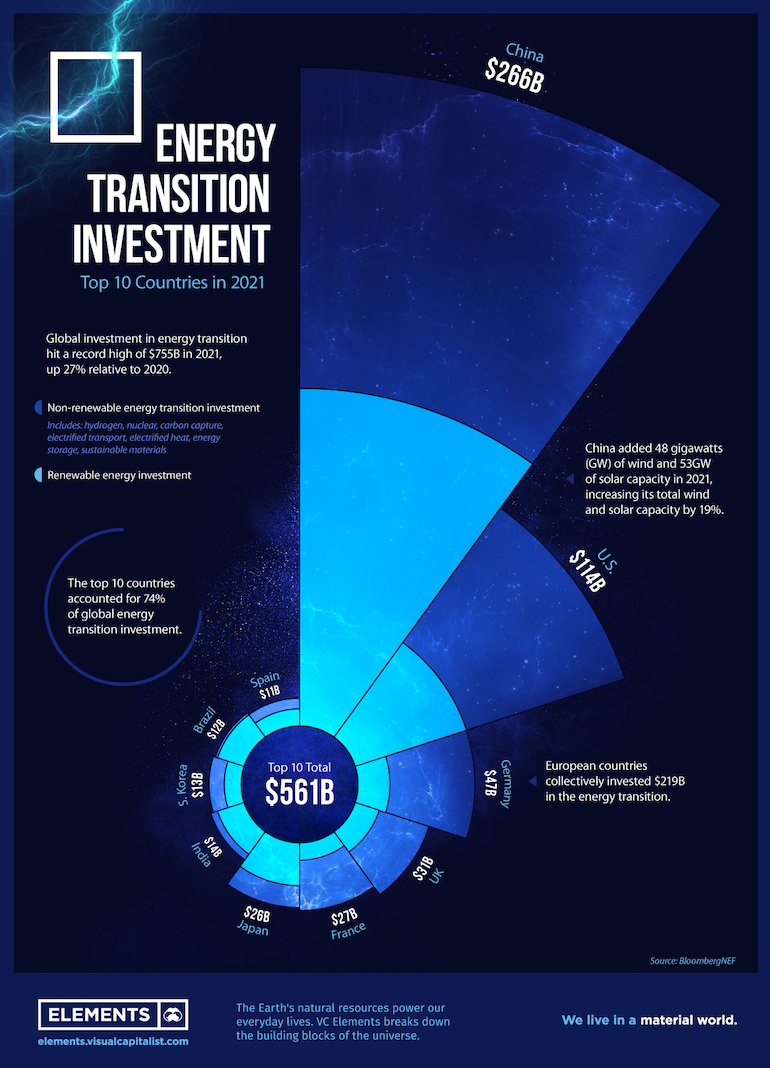 This information graphic was provided by The Visual Capitalist.

It should be noted that China has increased its overall energy transition investment by 60% from 2020 levels. China’s renewables commitment is impressive—The country’s wind and solar capacity increased by 19% in 2021. Electrification of transportation has also accounted for a large portion of China’s transition investment.