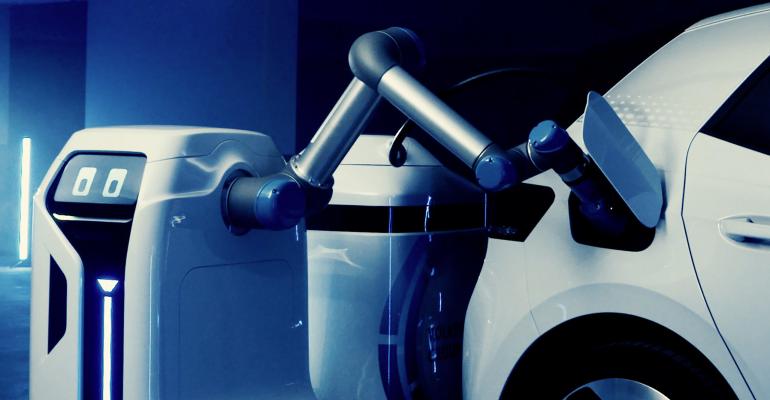 Numerous surveys have shown that the biggest fears expressed by potential electric vehicle (EV) buyers are a limited range on a fully charged battery (so-called range anxiety) and an inability to find a charging station when away from home. Both of these fears are being addressed as automakers are building new EVs with ranges that exceed 200 miles on a single charge, and companies like Electrify America, ChargePoint, EVgo, and Tesla Supercharger are building out EV charging infrastructure to allow cross-country travel through a network of well-spaced charging stations.

According to the U.S. Department of Energy (DOE), owners of plug-in electric vehicles do more than 80% of their charging at home. Aside from the convenience that results from starting each day with a full charge, home charging allows the EV owner to take advantage of low residential electricity rates, particularly when a utility offers off-peak pricing and smart metering. Home charging typically takes place in a garage or private parking place. Charging an EV at a multi-family dwelling, like a condo or apartment, is possible, but can be more complicated and in many ways is similar to public charging. 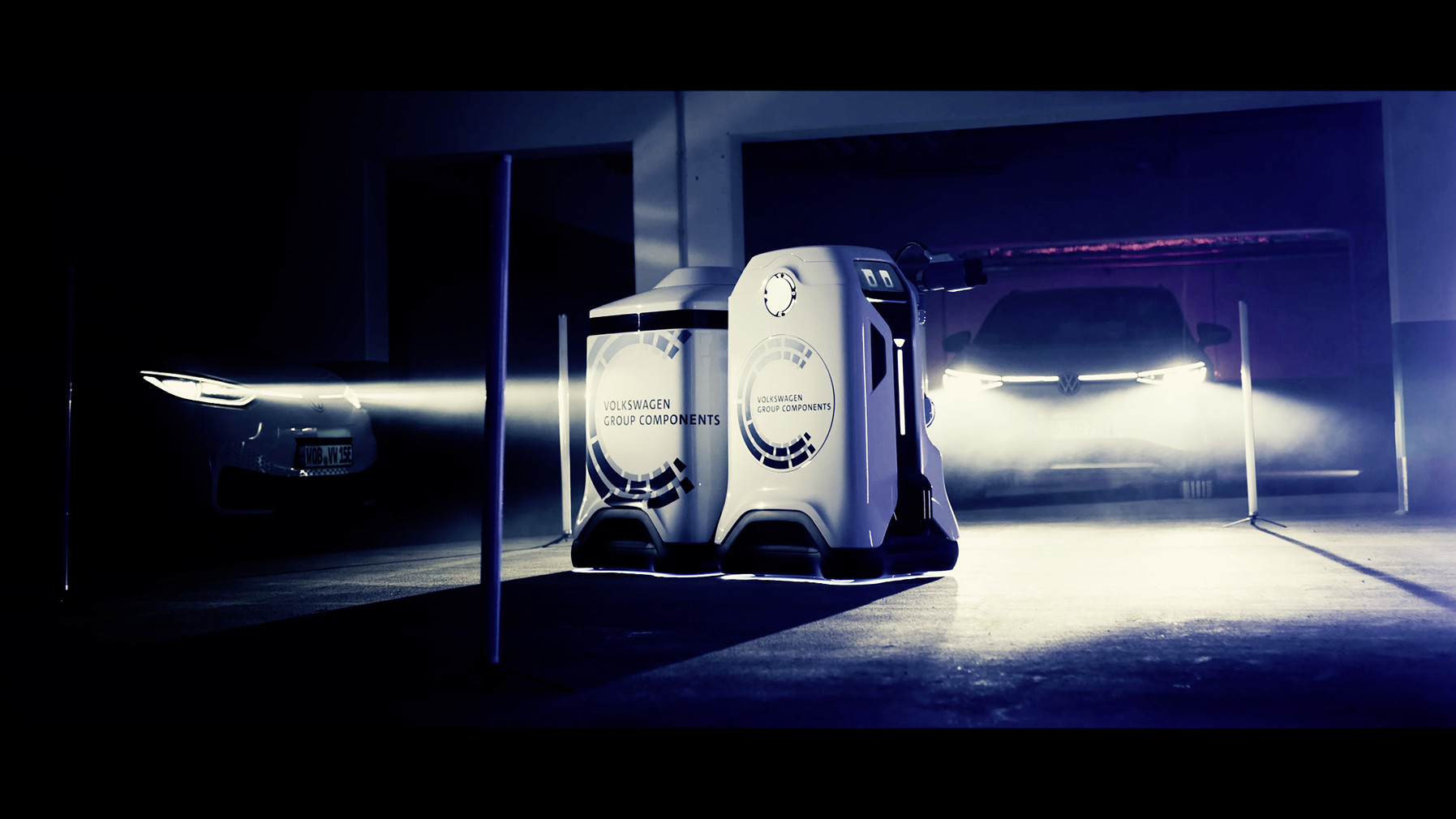 Volkswagen has previewed a new mobile robot that can charge EVs without any human interaction.

Charging on the go, or convenience charging while running errands or at work can be accomplished at public charging stations. One issue with public charging is that the vehicle must be moved after charging is complete so that another vehicle can take its place. A new mobile charging robot concept previewed by Volkswagen could help solve that problem.

The robot’s task is fully autonomous charging of vehicles in restricted parking areas, like underground garages. “A ubiquitous charging infrastructure is, and remains, a key factor in the success of electric mobility. Our charging robot is just one of several approaches, but is undoubtedly one of the most visionary,” said Thomas Schmall, CEO of Volkswagen Group Components, in a VW media release.

“Setting up an efficient charging infrastructure for the future is a central task that challenges the entire sector,” said Schmall. “We are developing solutions to help avoid costly stand-alone measures. The mobile charging robot and our flexible quick-charging station are just two of these solutions.”

It isn’t VW’s first effort with robotic EV charging. In 2019 the company’s Electrify America public charging subsidiary announced a collaboration with Stable Auto to set up a robotic fast-charging facility for self-driving electric vehicle fleets in San Francisco. Because electric autonomous vehicles don’t have human drivers, they also don’t necessarily require humans to plug them in for recharging. Stable’s idea is to build a facility that allows self-driving EVs to charge with no operator present.

Nor is VW the only car company with a concept for robotic EV charging. In 2015, Tesla released a video of an automated robot that could automatically plug into a vehicle and provide charging. Tesla’s Elon Musk confirmed in 2020 that the snake-like robot charger is still being considered, particularly to charge autonomously driven vehicles. 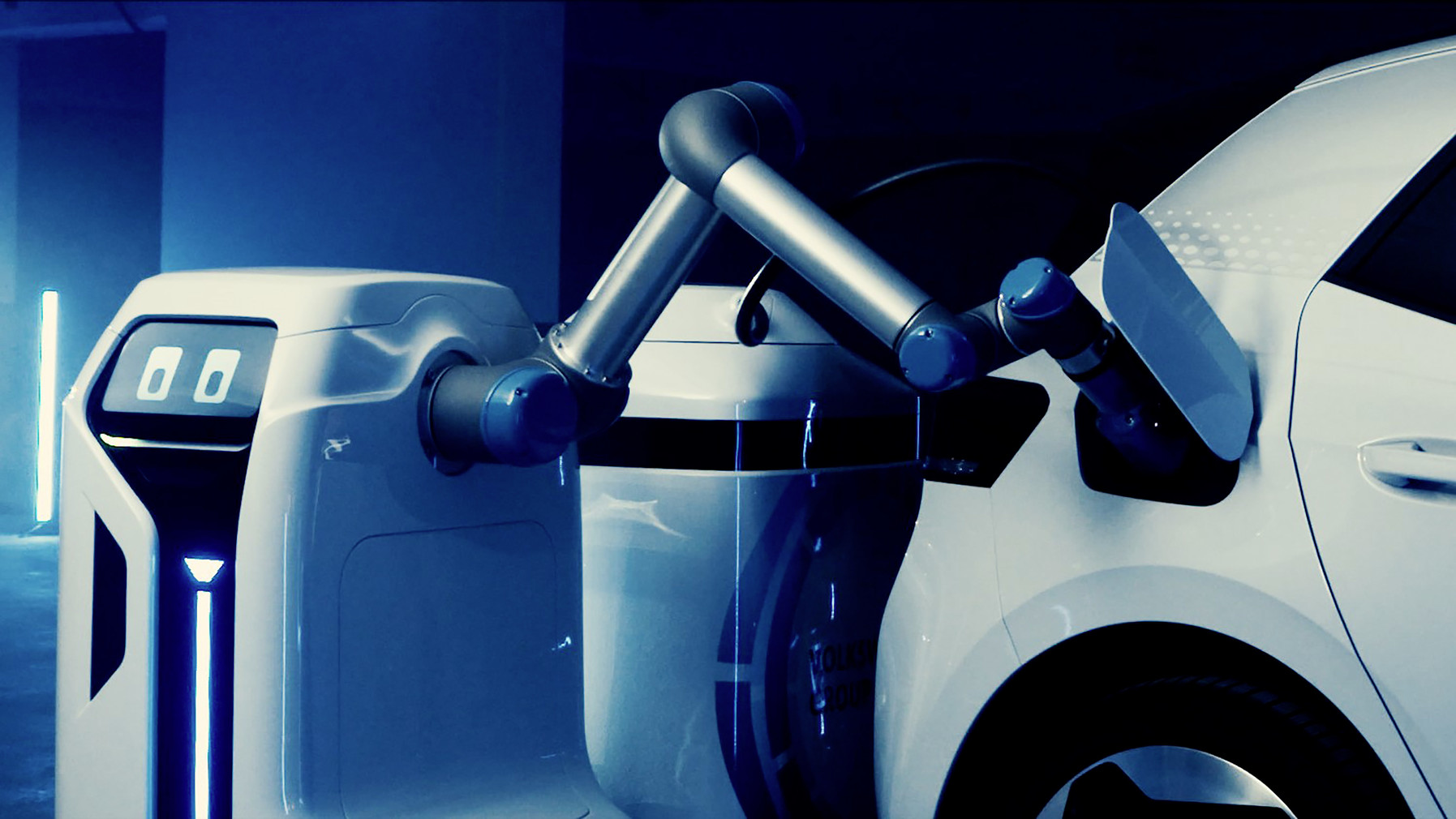 The robotic arm automatically plugs the mobile energy unit into the charge port of the EV in order to start the charging.

Volkswagen’s component business unit is currently working on a “complete DC charging family.” According to VW’s media release, “Flexible quick-charging stations will be launched onto the market in early 2021. The mobile charging robot has successfully reached prototype status and will now be comprehensively further developed.” One of the challenges that need to be fully addressed is a wireless communication network to facilitate the autonomous charging process.

The media release also indicates that Volkswagen Group Components will be responsible for all Volkswagen Group charging activities and charging systems. The intention is to integrate the charging robot into an overall concept that will focus on the long-term electrification of transport. The mobile charging robot will enable the operators of parking structures to quickly and simply “electrify” every parking space, reduces construction work needed, and reducing the cost of providing EV charging. “Our developments do not just focus on customers’ needs and the technical prerequisites of electric vehicles, said Schmall. “They also consider the economic possibilities they offer potential partners.”