Will Adding $200 Million to Battery Research Help the US Make Progress in Energy Storage? 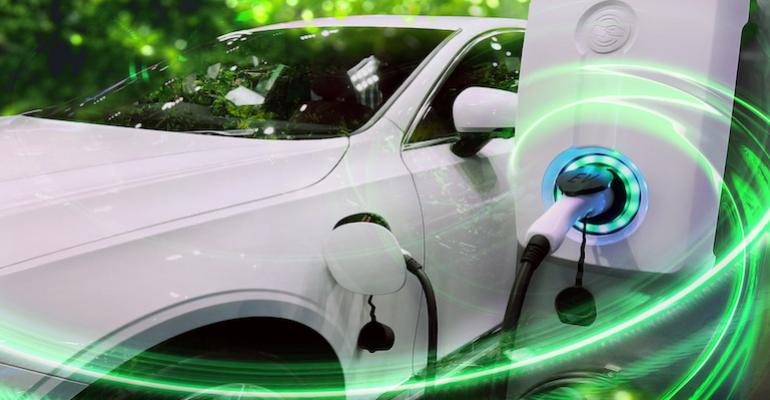 The DOE will increase its funding to US national labs to support the growth and innovation of electrification of transportation.

The US Department of Energy (DOE) has announced that it will provide $200 million in funding over the next five years for “electric vehicles, batteries, and connected vehicles projects at DOE national labs and new DOE partnerships to support electric vehicles innovation.”

The funding was announced in a news release from the Office of Energy Efficiency & Renewable Energy (EERE). “We’re focusing on the entire battery supply chain from soup to nuts – from sustainable mining and processing to manufacturing and recycling – which will translate to thousands of new jobs across the country and put more clean-running electric vehicles on the road,” said Acting Assistant Secretary Kelly Speakes-Backman. “We want to establish global leadership at each level of the supply chain, and I am so excited for the possibilities.”

Related: General Motors Increases its EV and Autonomy Commitment to $35 Billion Through 2025

According to US Environmental Protection Agency (EPA), the transportation sector generates 29 percent of greenhouse gas emissions in the US, the largest share of any category. The $200 million in funding to US national labs will be used to make electric vehicle innovations to electrify the transportation sector. According to the news release, the funding is open to DOE’s network of 17 national laboratories and will be administered by DOE’s Vehicle Technologies Office.

Related: When Will Wireless EV Charging Hit it Big?

In April of 2021, the DOE announced a funding opportunity totaling $62 million for reducing emissions and increasing efficiencies for on- and off-road vehicles. According to the DOE, “Projects will require applicants to submit a plan for achieving diversity, equity, and inclusion objectives, including support for people from underrepresented groups in STEM, advancing equity within the project team, and producing benefits for underserved communities.”

Part of the bigger picture…

The Biden administration has proposed spending $174 billion to promote the sales of electric vehicles (EVs) in the US. Although charging infrastructure gets a sizeable chunk of those monies, there are also significant incentives for companies that build EVs in the US, using American workers and built with US-sourced lithium-ion batteries. At present, the US relies heavily on Chinese imports of batteries and battery materials—a situation the US government would like to change as outlined in the recently released National Blueprint for Lithium Batteries 2021-2030.

DOE’s efforts to strengthen the domestic lithium battery supply chain will also support the Energy Storage Grand Challenge (ESGC). The ESGC is a comprehensive program to accelerate the development, commercialization, and utilization of next-generation energy storage technologies. By adding $200 million in research funding to US national laboratories, improvements in battery chemistry and manufacturing processes, the DOE will boost US efforts to become competitive in the field of energy storage.