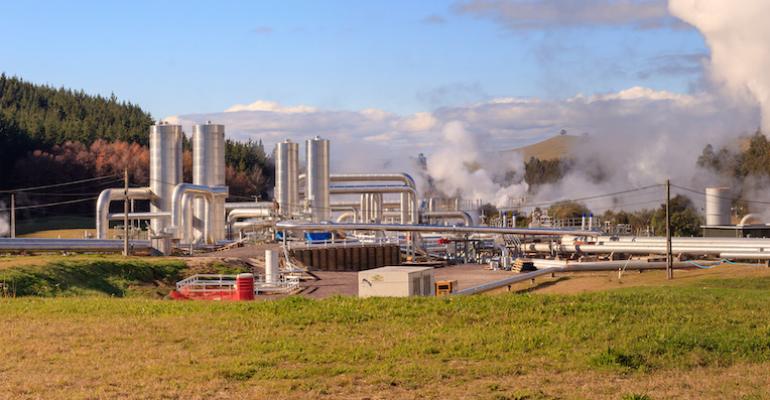 It is sometimes difficult to remember that each country in the World, no matter its size or location, needs to create strategies to reduce greenhouse gas (GHG) emissions in the coming decade. While countries like the United States, China, and India hold most of the cards when it comes to global reductions, smaller countries must each do their part. That is the goal behind a thought-piece titled “Innovation and the transition to a low carbon future—Why we have to choose our way now and where to focus for emissions reductions at scale” by the Energy Efficiency and Conservation Authority (EECA) of New Zealand.

Before we go further, it is important to know a few things about New Zealand. The island nation has a population of just over 5 million people. It sits on the convergence of several continental fault lines, which means not only is it prone to earthquakes, but New Zealand also has easy access to hydrothermal vents that can be used to produce geothermal electricity. In fact, New Zealand gets 82 percent of its electrical power generation from renewable sources that include, hydroelectric, geothermal, wind, and solar with just 18 percent of electricity generated by fossil fuels. Unfortunately, nearly all of New Zealand’s transportation system is powered by oil, accounting for 48 percent of the country’s total energy-related GHG emissions.

The premise of the EECA report is that a transition to net-zero emissions means finding sustainable ways to solve all of the problems that are currently solved with fossil fuels. This means that the adoption of low-carbon technologies will be crucial, but also that non-technical innovations such as changes in practices or consumer behaviors will be required too.

Related: How Is Industrial Electrification Changing Our World? Here Are 10 Examples

According to the EECA, “The transition to a net-zero emissions economy should therefore focus on the question: What is the most efficient low-emissions solution available to solve this problem?” The report points out that “a significant part of the public discussion seems to revolve around ‘one-size-fits-all’ solutions relying on a single technology or fuel pathways.” There is no silver bullet and it will take a wide array of solutions to make the transition.

1. Commercially available emissions reduction technologies are being adopted too slowly. The timeframe for action is closing, “here and now” is better than an uncertain potential.

2. For emissions without clear technological solutions the rate of changing practices is too slow. Adopting new ways of doing things, from production processes to consumers’ behaviors is required. New business models, new technologies to inform more conscious consumption, and new kinds of regulations are valuable innovations to address this issue.

The specific target of the EECA report is innovation. “At early innovation stages, the likelihood of failure is high but capital requirements are low. As the innovation progresses through the cycle, the likelihood of failure reduces progressively but the level of capital commitment increases simultaneously, resulting in a risk level that is similar, or even higher, than the earlier stages.” Sustained support of innovation is vital to its success. “Support that is restricted to early stages is highly inefficient if the innovation has no pathway to reach the market and subsequently fails.”

Innovation is both disruptive and it takes time. The problem is that the time available to reduce emissions and limit global warming to less than 1.5°C (and also to avoid triggering climate-change tipping points) is “much shorter than the time needed to take an innovative technology from demonstration to mass market, even with widespread support from governments.”

The commercially available innovations that can reduce emissions by 2030 are the ones that must be counted on to account for the majority of annual emission reductions by 2050. While it is useful to continue to innovate, the innovations that are currently at demos nitration or even prototype stages are not far enough along to provide the needed GHG emission reductions. The EECA says, “The clear implication of this is that New Zealand’s emissions reductions commitments in 2030 and 2050 will mostly have to be met by technologies that are in use today.” It means that pathways to lower emissions such as green hydrogen, carbon capture and storage, and more sophisticated biofuels may not make a significant contribution before 2030 or even 2050. But in New Zealand’s case, where the majority of fossil fuel usage and GHG emissions result from the transportation sector, a rapid transition to electric vehicles for both commercial and personal use becomes imperative.

Some of the key insights from the New Zealand report include:

New Zealand isn’t the only island where a transition to an electrified transportation system will have an enormous effect. Solutions are already available. “Continuing to purchase anything powered by petroleum locks in emissions and energy insecurity for years to come, at a time when decarbonization is a climate imperative,” said the University of Hawaiʻi at Mānoa School of Ocean and Earth Science and Technology (SOEST) faculty member Katherine McKenzie in a university news release.

“The transition to EVs offers a momentous and immediate advantage to reduce fossil fuel consumption and resulting emissions for ground transportation in Hawaii and similar regions, despite the current high dependence on oil for power generation,” McKenzie added. “As renewables, especially solar and wind, replace fossil fuels for power generation, escalating benefits are achieved with electric transportation in contrast to internal combustion engine vehicles. Accelerating both EV adoption and grid renewables will have striking cumulative benefits over the years, steeply reducing both fossil fuel use and emissions.”

Did You Need Proof? The US Government Shows That EVs Are Cheaper to Run
Jun 25, 2021