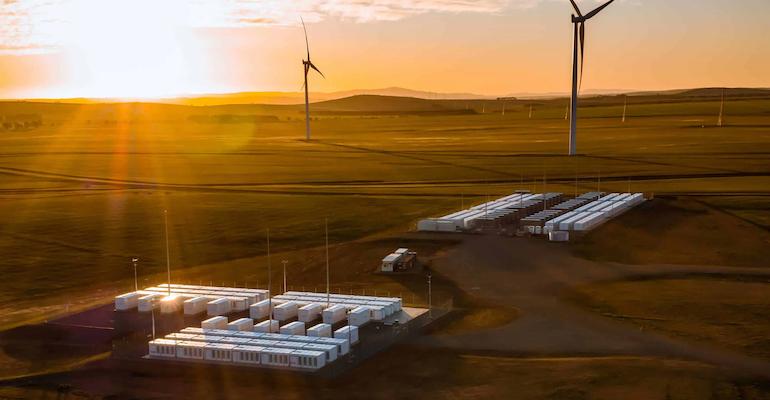 One argument against renewable energy is that it is inconsistent—wind power only works when the wind is blowing, and solar panels only generate electricity during the day. That’s where Electrical Energy Storage (EES) comes into play, storing the energy when it is produced and giving it back whenever it is needed.

Conventionally, pumped hydropower methods rely on two connected reservoirs that sit at different levels. When the sun is shining or the wind is blowing, renewable energy is used to pump water from the lower reservoir to the upper one, effectively storing the energy. At night or when demand is high, the water from the upper reservoir flows downward, through a water turbine that generates electricity from the flow of the water back to the lower reservoir. Pumped hydro storage is the largest form of grid energy storage, accounting for up to 95 percent of all installed grid storage worldwide.

The problem with reservoir hydro systems is that the storage reservoirs require significant space which can have environmental and social impacts. An alternative is to store the energy electrochemically in batteries.

For a long time, the cost of battery storage of renewable energy was considered prohibitive. Indeed, a decade ago, the price per kilowatt-hour (kWh) of lithium-ion battery storage was around $1,200. Today, thanks to a huge push to develop cheaper and more powerful lithium-ion batteries for use in electric vehicles (EVs), that cost has dropped to between $150 and $200 per kWh, and by 2025 it could be under $100/kWh.

That cost reduction has made lithium-ion batteries a practical way to store large amounts of electrical energy from renewable resources and has resulted in the development of extremely large grid-scale storage systems. These modern EES systems are characterized by rated power in megawatts (MW) and energy storage capacity in megawatt-hours (MWh). In 2021, 1,363 energy storage projects were operational globally with 11 projects under construction. 40% of operational projects are located in the US, and California leads the US in energy storage with 215 operational projects (4.2 GW), followed by Hawaii, New York, and Texas.

Let’s look at the six biggest grid battery storage systems in the world.