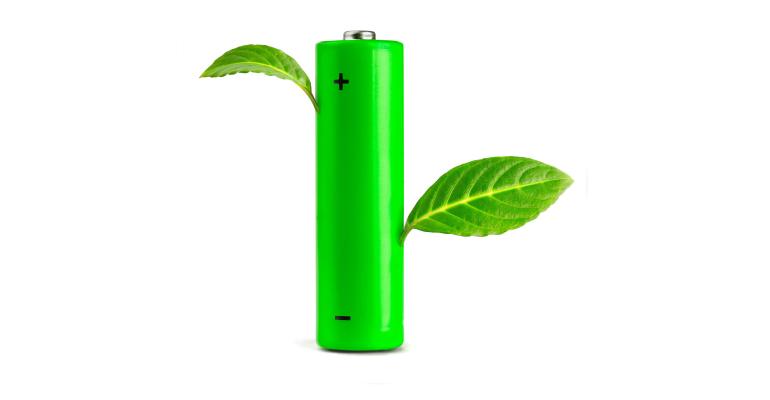 Researchers have made a significant advancement in the development of an inexpensive and energy-rich lithium-ion battery by using an organic molecule with high-voltage potential as a cathode for the device.

A joint research team at Tohoku University and the University of California, Los Angeles has created a lithium battery that uses croconic acid as its cathode instead of the cathode currently found in most lithium-ion devices, which is typically comprised of lithium and a metal such as cobalt, iron, nickel and/or aluminum.

Indeed, conventional lithium-ion batteries depend on rare-earth materials such as cobalt and lithium, which can be difficult, unethical and expensive to source. Organic batteries, on the other hand, exploit naturally abundant elements such as carbon, hydrogen, nitrogen, and oxygen, which make them not only more environmentally friendly but also less expensive.

Another advantage to organic batteries is that they have greater theoretical capacities than conventional lithium-ion batteries because using these organic materials makes them lightweight, researchers said.

The team’s breakthrough, then, paves the way for the future development metal-free, high-energy, and inexpensive lithium-ion batteries that can meet the energy requirements for next-generation devices, researchers said.

One drawback or organic batteries, however, is that to date, most of these reported devices possess a relatively low working voltage, at 1 to 3 volts (V); for this reason, boosting that voltage significantly has been a goal of scientists working on these devices.

The Tohoku/UCLA team managed to achieve that goal by discovering that croconic acid, when used as a lithium-ion battery cathode material, maintains a strong working voltage of around 4 V. The team was comprised of Itaru Honma, professor of chemistry and Hiroaki Kobayashi, an assistant professor of chemistry, both at Tohoku University;  and Yuto Katsuyama, a graduate student at UCLA.

"We investigated the electrochemical behavior of croconic acid in the high-voltage range above 3 V using theoretical calculations and electrochemical experiments," Kobayashi said in a press statement. "We discovered that croconic acid stores lithium ions at roughly 4 V, giving a very high theoretical energy density of 1949 Wh/kg, which is larger than most inorganic and organic lithium-ion batteries."

Croconic acid is a material with five carbon atoms bonded to each other in a pentagonal form; in turn, each of the carbons is bonded to oxygen. The material also has a high theoretical capacity of 638.6 mAh/g, which is much higher than the capacity of conventional lithium-ion battery cathode materials, lithium cobalt oxide, which has the capacity of about 140 mAh/g.

The team published a paper on their work in the journal Advanced Science.

Researchers did not achieve the theoretical capacity of the material in the study; however, they said they are optimistic that they can eventually do this by developing stable electrolytes at high-voltage and chemical modifications to croconic acid.

Indeed, most electrolytes won’t function with a strong working voltage of croconic acid, making the development of new electrolytes a critical next step in the evolution of these organic batteries, researchers said.

The team also plans to explore how appropriate structural modification of small organic molecules such as croconic acid can stabilize the molecule, leading to greater capacity and reversibility, they said.