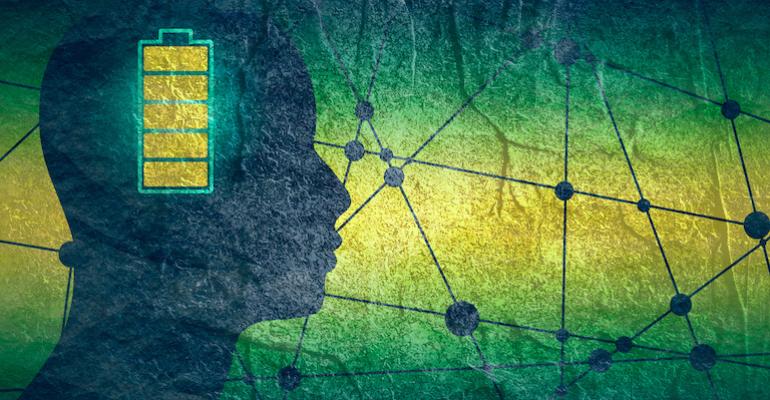 Beyond bench research, the renowned national laboratory looks at the US EV battery supply chain.

It’s no secret that electric vehicles (EVs) are rapidly improving in both range and price. The key has been the intensive research into the electrochemistry and materials that store and release electrical energy. While the major battery manufacturers are all big players in battery research, it has been national laboratories and universities that are filling in the knowledge gaps and allowing progress to be made. One such laboratory in the US is Argonne National Laboratory (ANL).

ANL was the nation’s first national laboratory and conducts basic and applied scientific research in virtually every scientific discipline, including specifically batteries. In addition to bench research into the mechanisms that make a battery tick, Argonne also examines the bigger picture of how EVs can help put the US  on the path toward a clean energy economy.

A new ANL report titled Lithium-Ion Battery Supply Chain for E-Drive Vehicles in the United States: 2010–2020, offers an in-depth view of America’s EV battery supply chain. “Leaders in the industry care about finding ways to secure raw materials and reuse and recycle battery materials. To do either of these things, you need to first understand what the current demand is, and how and where batteries are being produced. This is the type of insight our report offers,” said co-author Yan (Joann) Zhou, principal transportation systems analyst and group leader at Argonne in an ANL news release.

The report quantifies the total lithium battery capacity of light-duty electric vehicles sold in the US and provides details where the country’s lithium battery cells and packs originate. “These are two things we haven’t seen explained in depth before,” said David Gohlke, energy and environmental analyst at Argonne and co-author.

Significantly, the ANL report distinguishes battery cells from battery packs noting that each can be made in different locations. In addition, the process of making batteries generates scraps that must be recycled—knowing where batteries are made has implications for battery reuse and recycling.

According to the report, there are about 20 different battery cell and pack manufacturers that are supplying about 20 gigawatt-hours (GWh) in battery capacity annually for the US market. Panasonic supplies battery cells for about 15 vehicle models, including Tesla’s Model S, Model X, Model Y, and Model 3—70.9% of EVs sold in 2020 in the US. LG Energy Solution is the second biggest in both battery cells and packs for vehicles sold in the US with 19% and 17%, respectively, in 2020.

ANL also notes that a battery supplier could produce their battery cells and packs in different locations at different times. For example, Panasonic has battery factories in Japan, China, and the US, while LG produces batteries in South Korea, Poland, China, and the US. A battery cell could be made in Korea, shipped to Michigan where the pack is assembled, then sent to an original equipment manufacturer to place within a vehicle.

At present, China dominates the EV supply chain with control of 80% of the worlds’ raw material refining, 77% of the world’s cell capacity, and 60% of the world’s battery component manufacturing. There is a cost and logistical advantage in building cells and packs nearby a vehicle manufacturing plant and several lithium-ion battery manufacturers have plans or are in the process of building new battery factories in the US and the total US battery production capacity could increase to about 80 GWh per year by 2023.

ANL modeling estimates that 7.8% of the valuable cathode material used for the cell production process does not end up in battery cells and that 5% of produced cells fail quality inspection and are rejected. This manufacturing scrap needs to be recycled so that critical materials like lithium, cobalt, and nickel resources are not wasted. By tracking where new battery factories will be located, plans can be developed to ensure recycling capability is sited nearby. “Having a deep understanding of the battery supply chain, the development of it, and where the vehicles are made and sold ultimately gives us better information about what we’re going to need to do to recover raw materials effectively,” said Zhou.