EV Sales Are Booming! May Sales Were Up 329% Compared to Last Year 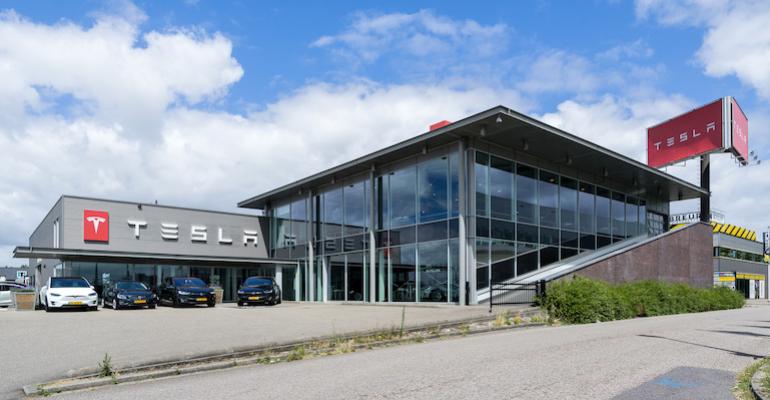 The market for new EVs is growing quickly and consumers are buying more new vehicles than ever before.

Sales of electric vehicles (EVs) are catching on, with May 2021 sales an amazing 329 percent higher than the sales of EVs in May 2020. According to data from Argonne National Laboratory (ANL), sales in May 2021, were up 19.2 percent compared to April 2021 and total EV sales, including both battery electric vehicles (BEVs) and plug-in hybrid electric vehicles (PHEVs) through May 2021 have reached 230,687 vehicles, more than double the same period in 2020. 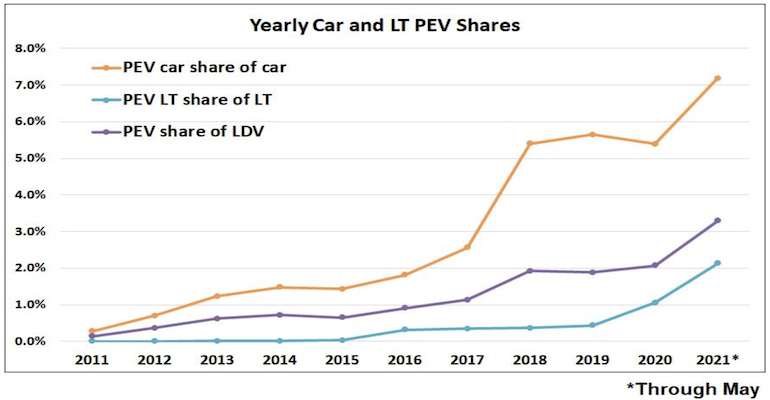 Hybrid electric vehicles (HEVs) have been around since 1999, with the launch of the Honda Insight and original Toyota Prius. An HEV uses its electric motor as a generator to recapture energy used in deceleration and braking, converting it to electricity and storing it in a small battery pack. When acceleration is required, the battery sends electricity to an electric motor that adds its power to the gasoline engine, improving overall fuel economy. HEVs are popular because they offer improved economy but don’t require plugging in the vehicle to charge the battery.

Related: Watch Out! Soon Electric and Gasoline Cars Will Cost The Same

Plug-in vehicles use a larger battery pack that is charged by plugging into household electrical current or a public charging station. A plug-in hybrid electric vehicle (PHEV) has a gasoline engine like an HEV but has a larger battery pack that can power the vehicle on electricity for a limited distance (usually between 10 and 30 miles). The first PHEV sold in the US was the 2010 Chevrolet Volt. A battery electric vehicle (BEV) eliminates the gasoline engine and has a large enough battery pack to travel longer distances, solely on the electrical energy stored in the battery. The Nissan Leaf that debuted in December 2010 was among the first BEVs on the US market.

It’s safe to say, with an ever-growing number of BEV choices, including new pickup trucks, crossovers, and SUVs, that the EV market is poised on the brink of a massive increase. With longer-range EVs and an ever-increasing number of public charging stations (including those with DC fast charging capability) making long-distance travel possible, electrification of the US transportation system is finally underway.