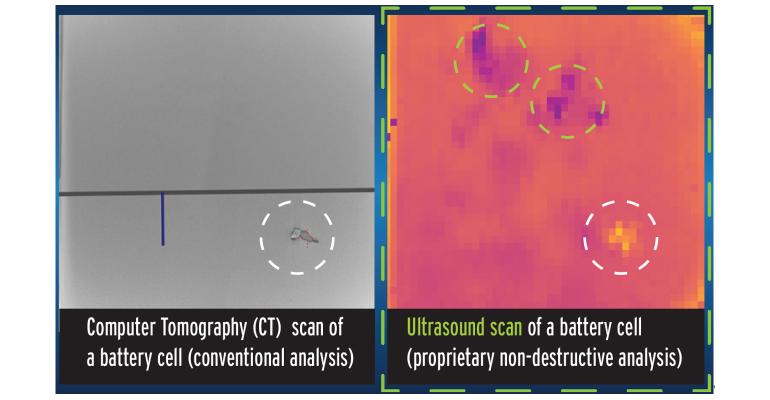 Battery cell inspection technology has been neglected in favor of other innovation categories. According to a recent MIT study, inspection has not been a factor in previous price declines and therefore increased use of cell interrogation should not come as a surprise. Seemingly this would not require an engineering leap. After all, ‘borrowed technology’ from previous chemistries and other industries has worked well enough in the past.

However, manufacturers would also benefit from native inspection technology to accommodate the tighter manufacturing tolerances and smaller margins in a market dominated by large format applications. In the current environment, better inspection can create significant value both in manufacturing and throughout the battery lifecycle. Ultrasound technology has proven to unlock this value.

According to Bloomberg New Energy Finance, global annual demand for mobility and stationary application batteries will reach 2,978 GWh in 2030. The vast majority of these units will utilize large-format cells, a relatively new form factor after the three decades of commercial Li-ion production. However, large-format cells have proven to be far more difficult to manufacture at scale, compared to their small-format counterparts that have dominated the market until recently.

This difficulty is in part manifested by industry-wide low manufacturing yields. Based on reports and interviews with industry insiders, it can be estimated that large-format battery yield is somewhere between 70–90% with a ramp period of five years to reach steady state yield for a new production run.

The cell manufacturing process currently leverages cross-industry technological innovations like high-speed optical scanning. Proven technology enables faster deployments, however, without customization, the cost of increased speed is a partial or complete lack of in-line manufacturing data that can be utilized to reduce scrap and create a more homogenous product.

In addition to limitations of sub-optimal “borrowed” inspection technology, blind spots still exist in stages of the production line where no manufacturing data is acquired. In many cases, off-line inspection (e.g. CT scan) can be implemented, but its usefulness remains limited because of high cost, incompatibility with sample size, and the lacking ability to root trace anomalies due to the equipment’s standalone design.

Titan Advanced Energy Solutions (‘Titan’) is one of the companies working to meet a growing demand for better inspection technology. Their ultrasound sensing technology combined with a system-based approach to manufacturing provides early and actionable feedback to the manufacturing floor, positively impacting yield and scrap rates as well as overall cell production economics. Moreover, their scan-as-a-service business model does not burden customers with additional capital expense. 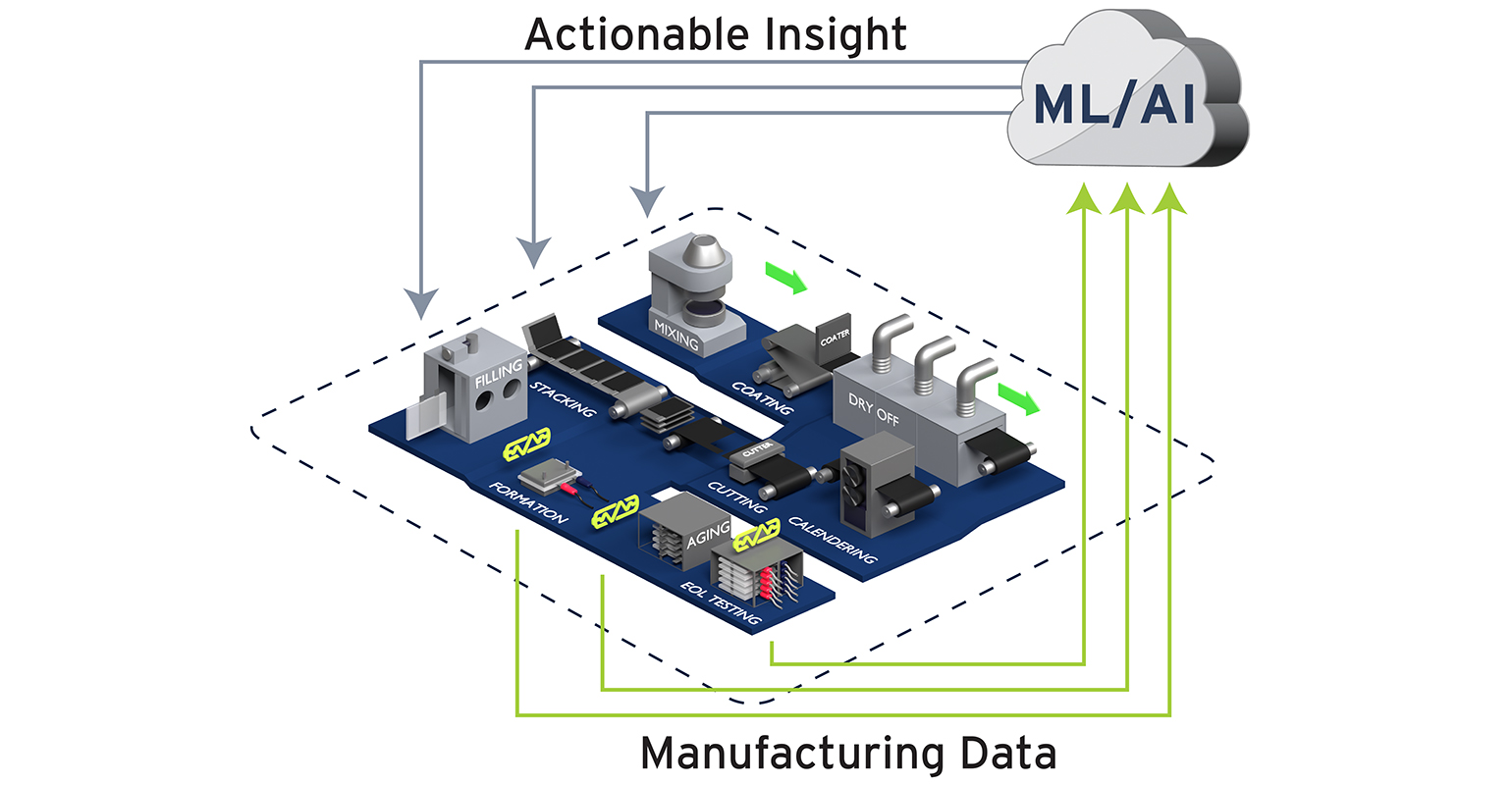 Titan argues that shorter production ramp time, lower scrap rates, and increased yield are attainable objectives through the use of better sensing technology, controls, and equipment.

By conducting inspections earlier in the process and analyzing the whole cell, it is possible to eliminate the lengthy process of ambient-temperature aging, decreasing overall production ramp time. Whole cell inspection after formation allows for a shorter corrective action cycle and more accurate root tracing with local inspection data. As a result, they can reduce the duration of the corrective action cycle by 50%, also decreasing the overall ramp time. This approach comes with ancillary benefits such as earlier dropout, saving additional cumulative costs on scrapped cells and enabling rework. 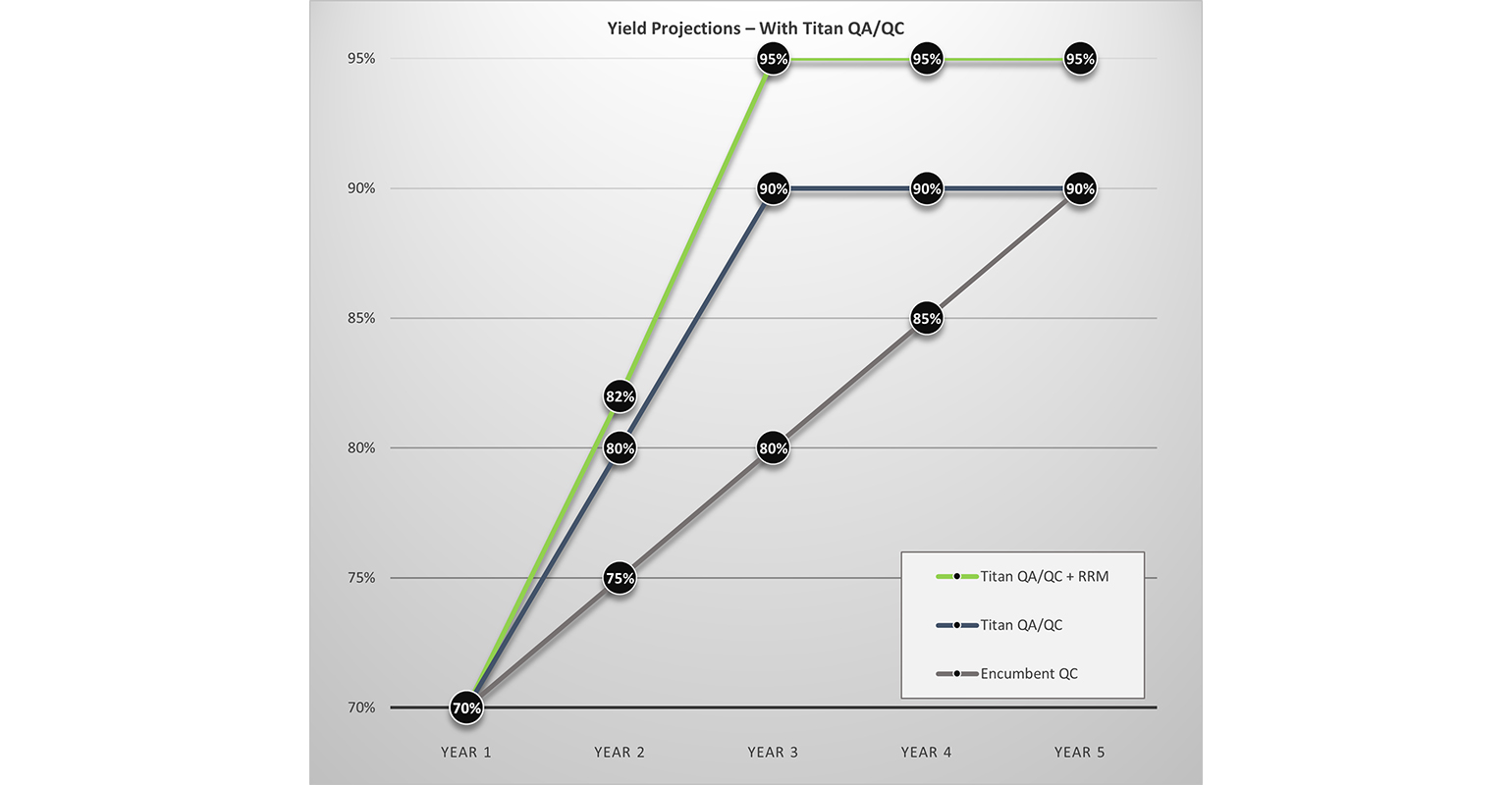 By collecting real-time inspection data, manufacturers can implement responsive in-line corrective actions to create a more homogenous product while reducing scrap. The process stage of most interest is formation, due to this step’s high dropout rate. Titan’s scanning technology performs pre-formation grading, to match cells to their optimal formation cycle protocol, and post-formation grading, to perform a complete analysis of every single cell.

Ultrasound sensors not only aid higher yields, but they also enable higher usable capacity on a same cell basis. By characterizing each cell during the manufacturing process, a unique ultrasonic fingerprint is created which feeds a constantly evolving machine learning algorithm. This algorithm will continue to learn and inform manufacturers about the cell’s health and performance throughout the battery lifetime. Furthermore, once embedded into a battery-powered product, Titan’s Ultrasound-enabled Battery Management Systems (UBMS) can unlock up to 15% more usable capacity, creating marketable value for cell manufacturers. This capacity increase is achieved by reducing the need for artificial safety buffers, used by incumbent BMS technology to compensate for a lack of real-time information on a given cell. 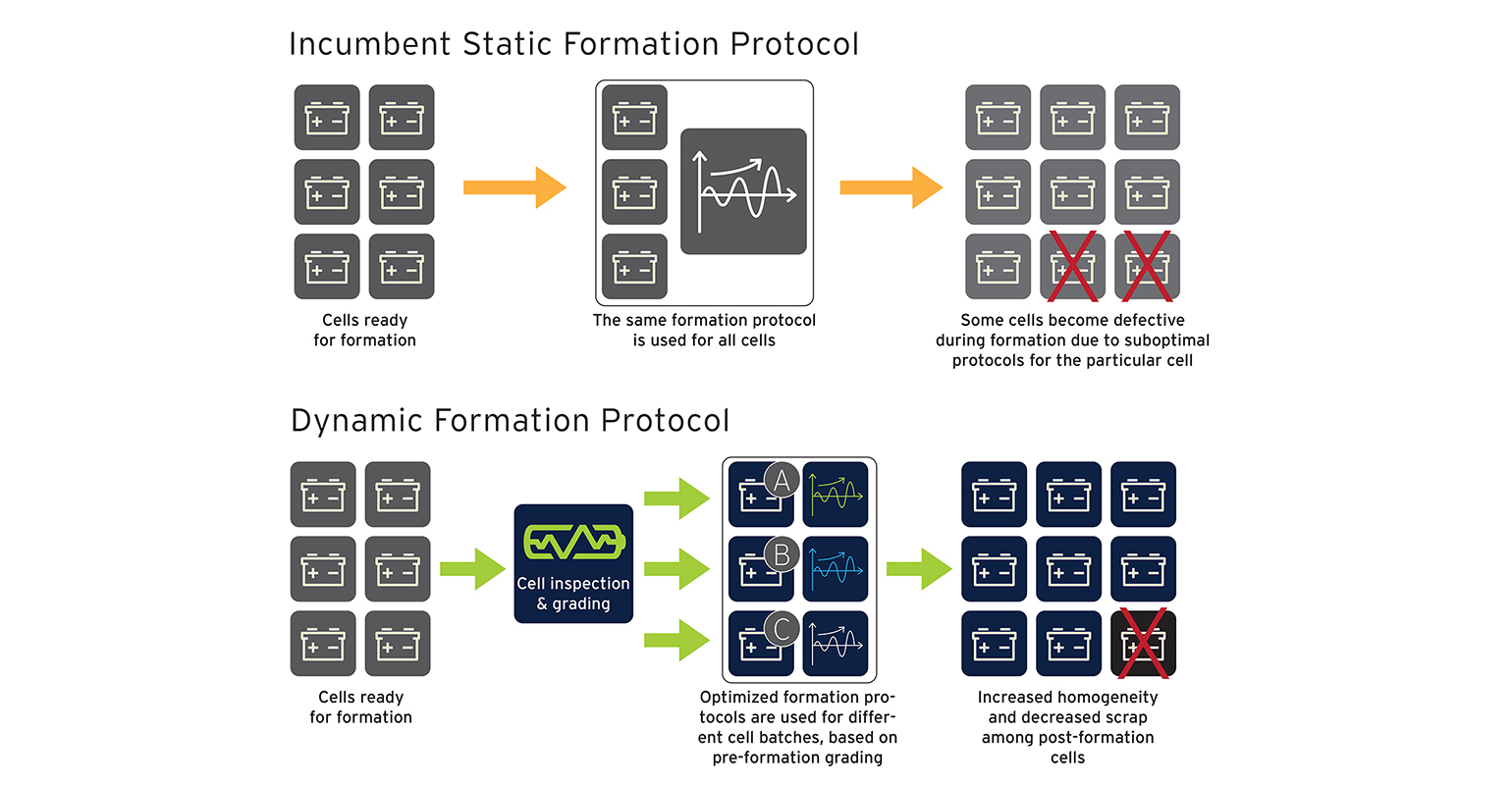 Improved inspection technology on its own will not be enough to make the meaningful impacts required for widescale industry adoption. Today Titan is partnering with global leaders in battery manufacturing, equipment, automation, and digitization to add value throughout the lifecycle. They are creating native inspection systems for battery manufacturing that will unlock value, catalyze innovation, and open new markets for every stakeholder in the manufacturing ecosystem.

Achieving transparency and thorough optimization of the earliest stages in the battery lifecycle is a critical problem whose solution will impact every industry in the rapidly evolving decarbonized world. Titan's groundbreaking application of ultrasound science to battery manufacturing is an open invitation, extended to all parties that are strategically assessing and rethinking energy needs at the global level. 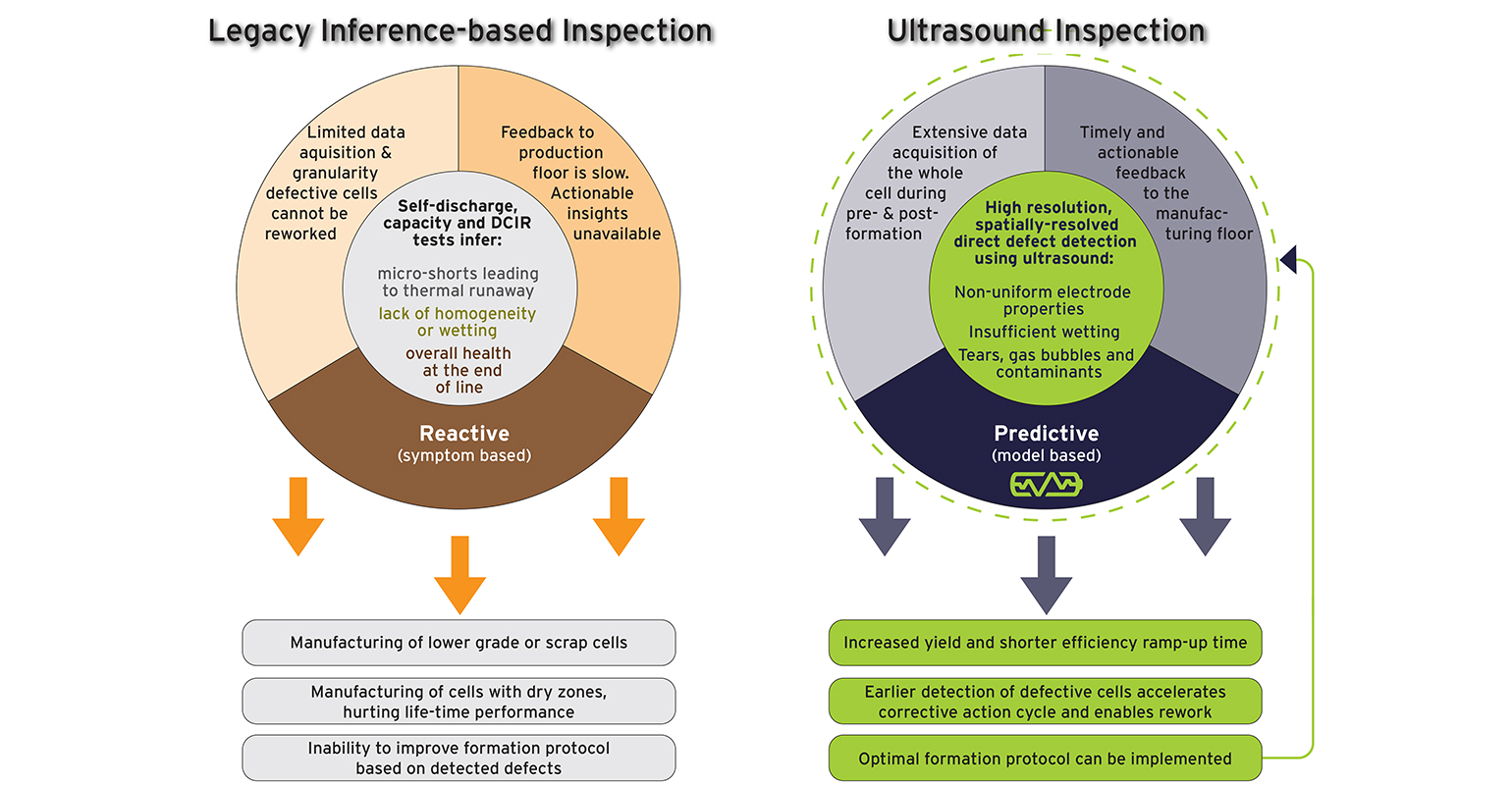