Watch Out! Soon Electric and Gasoline Cars Will Cost The Same 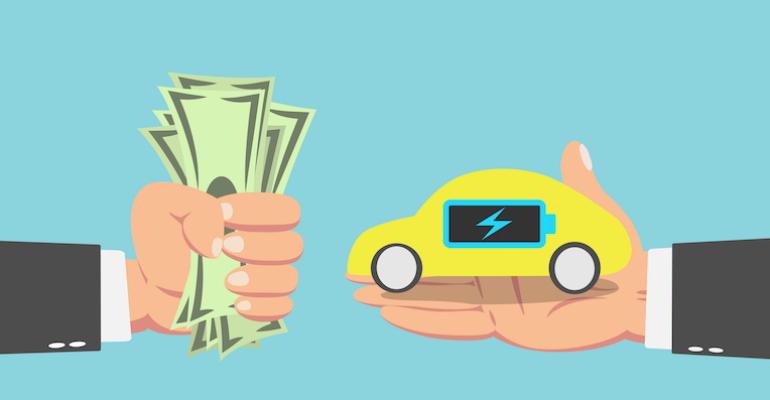 EV costs are rapidly getting to the point where they will reach parity with gasoline engine vehicles.

It has always been accepted that when electric vehicles (EVs) reach price parity with their internal combustion engine (ICE) gasoline counterparts, that electrification will really take hold. Most would agree that the cost of lithium-ion batteries has been a stumbling block in the goal of making cheaper EVs. With lithium-ion battery prices coming down dramatically, that obstacle to parity may soon be a distant memory.

Related: Electric SUVs Are Finally Arriving: We Can Help You Choose One That's Right for You

A decade ago, when modern EVs were just getting started, lithium-ion batteries cost around $1,100 per kilowatt-hour (kWh). According to Bloomberg New Energy Finance (BNEF), from a survey of nearly 150 buyers and sellers, the average price per kilowatt-hour for a lithium-ion battery pack, has fallen to $137, down 13 percent from $157 in 2019. The price threshold to allow parity with gasoline engines, according to BNEF and others, is accepted to be around $100/kWh.

There are several reasons why the cost of batteries is coming down. Advances in battery technology including better manufacturing techniques that require fewer materials to attain the same or better energy densities, and the reduction (and eventual elimination) of costly cobalt in the battery cathode. While lithium-ion batteries still make up as much as a third of the cost of an EV, a strong commitment from automakers to electrify their fleets in the coming decade is allowing economies of scale to finally come into play.

Lithium-ion battery capacity has increased 13-fold over the last 5 years, and that capacity, with new gigafactory announcements almost weekly, is expected to quadruple in the next decade to over 3,000-gigawatt-hours of battery capacity. Benchmark Minerals has recorded more than 200 large-scale battery factory projects that are currently in the works. Within the next decade that will be enough to manufacture at least 50 million electric vehicles, which is about 50% of projected total car sales.

BNEF’s 2020 Battery Price Survey, which considers passenger EVs, e-buses, commercial EVs, and stationary storage, predicts that by 2023 average pack prices will be $101/kWh. James Frith, BNEF’s head of energy storage research and lead author of the report, said:  “It is a historic milestone to see pack prices of less than $100/kWh reported. Within just a few years we will see the average price in the industry pass this point. What’s more, our analysis shows that even if prices for raw materials were to return to the highs seen in 2018, it would only delay average prices reaching $100/kWh by two years – rather than completely derailing the industry. The industry is becoming increasingly resilient to changing raw material prices, with leading battery manufacturers moving up the value chain and investing in cathode production or even mines.” For the first time, the survey found some prices reported at the cost-competitive level, with batteries for e-buses in China selling at $100/kWh.

Battery materials prices are a big question mark. Although there is still plenty of lithium, cobalt, and graphite in the ground, there has been a resistance to providing financing to the mining industry for extraction. It typically takes up to five years to start a new mine, so without financing today, the supply ( and therefore the price) of these critical battery raw materials five years from now is an issue. In addition, the vast majority of processing of raw materials into battery-grade anodes and cathodes takes place in China—it gives that country enormous control over the ultimate costs of the entire lithium-ion battery market.

The price for a new EV in the US also depends upon whether or not a tax credit can be applied. At present that credit is $7,500 with no maximum price but a phase-out for individual automakers once they hit a total of 200,000 EVs sold. Tesla and GM have already hit that limit, so EVs from those two companies are not eligible for the tax credit.

The US Senate Finance Committee proposed legislation in May to increase EV tax credits to as much as $12,500 for EVs that are assembled by union workers in the US. The bill limits tax credits to vehicles with a retail price below $80,000 and will phase out over 3 years once 50% of US passenger vehicle sales were EVs.

Where the Wave Will Start

In any case, the US market won’t be the biggest driver of EV sales. The European and Chinese markets are expected to represent 72% of all passenger EV sales in 2030, with about 50% of all cars on the road in China and Europe being EVs. With 550 EV models predicted to be available globally by 2022, and many more following those new models, the wave to electrification has only just started.

Summarized for You: 5 Different EV Surveys Offer Hints on What Comes Next
May 11, 2021