Where Does the Cost Come From in an EV Battery Cell? 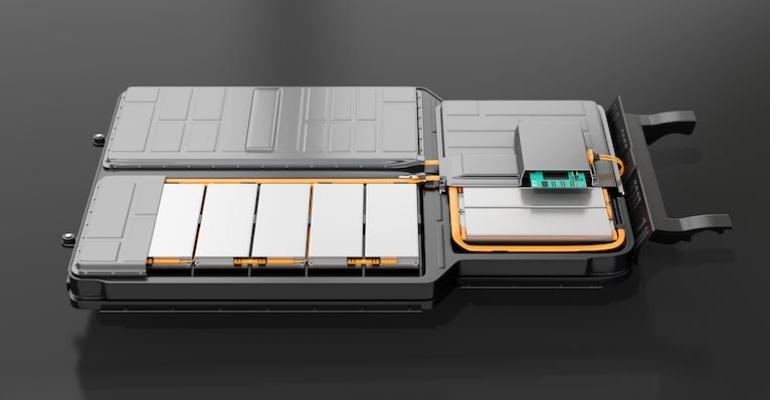 An increase in the costs of raw materials may begin to move the price of lithium-ion batteries higher.

In 2010, the average price of a lithium-ion battery pack was around $1,200 per kilowatt-hour (kWh). In 2021, reliable sources placed that cost at just $132/kWh. This dramatic decrease has moved electric vehicles (EVs) from expensive toys to practical alternatives to internal combustion engine (ICE) vehicles.

On average a modern EV has a battery pack with a capacity somewhere between 60 and 100 kWh and it accounts for about 32 percent of the cost of an EV (in 2016 the battery accounted for 49 percent of the EV cost). A battery pack is made up of hundreds of individual battery cells. The materials that go into these cells make up about 77 percent of the total cost of the cells.

A lithium-ion battery cell is made up of a positive electrode (the cathode), a negative electrode (the anode), a liquid electrolyte made from organic solvents that allows the transfer of lithium ions between the electrodes, and a separator that prevents the battery cells from shorting out. In addition, there are thin foils of copper and aluminum that attach to the electrodes and act as current collectors and other materials (usually plastics) that act as housings for the batteries.

Using data from BloombergNEF, the Visual Capitalist has created this infographic, breaking down the cost of an EV battery cell:

Related: Because Battery Manufacturing Went to China, US Firms Have an Opportunity to Innovate

Image Courtesy of The Visual Capitalist 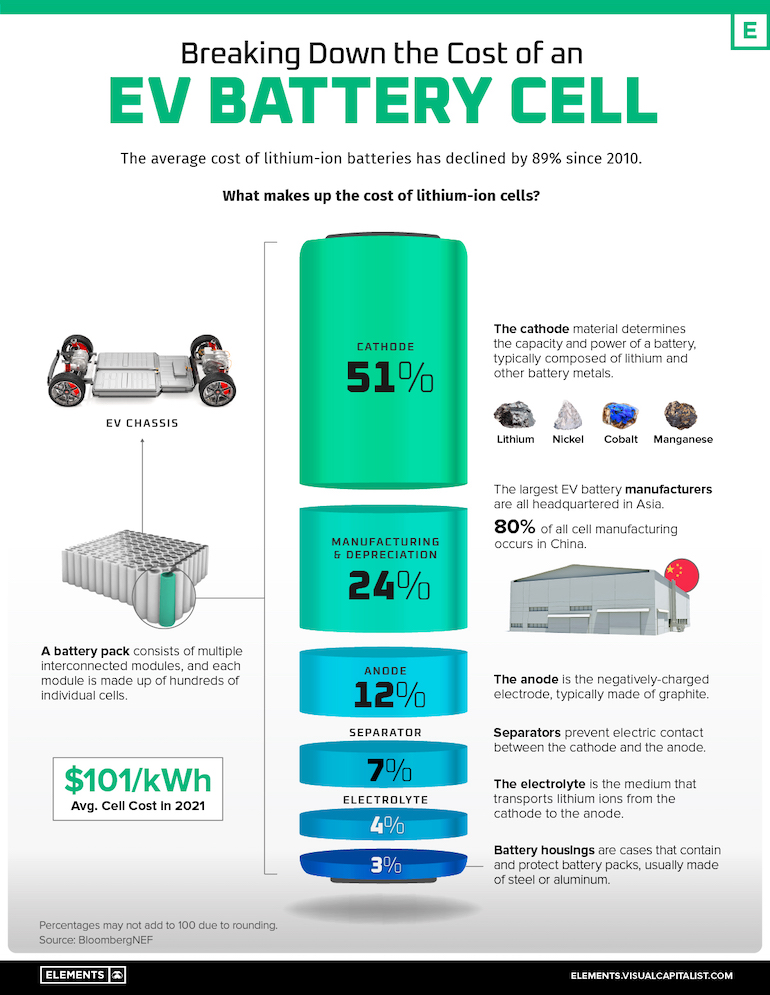 The graphic was provided courtesy of The Visual Capitalist.

Cathodes for lithium-ion batteries are composed of various metals (in refined forms) depending on cell chemistry, typically including lithium, nickel, and cobalt. Common cathode compositions in modern use include:

Beyond manufacturing costs, the next expensive part of a lithium-ion battery cell is the anode making up 12 percent of the total cost. The anode in a commercial lithium-ion cell is made of natural or synthetic graphite, almost all of which is sourced from China. The graphite stores lithium ions between its layers of carbon atoms in a process called intercalation. This ability to store lithium ions largely determines the overall capacity of the battery cell.

Recently there has been a surge in the prices of the raw materials that go into a lithium-ion cell and analysts are predicting that, for the first time since 2010, the cost of a lithium-ion kWh will increase in 2022.