Will EVs Be Vulnerable to the Same Kind of Thinking That Brought Us a Semiconductor Chip Shortage? 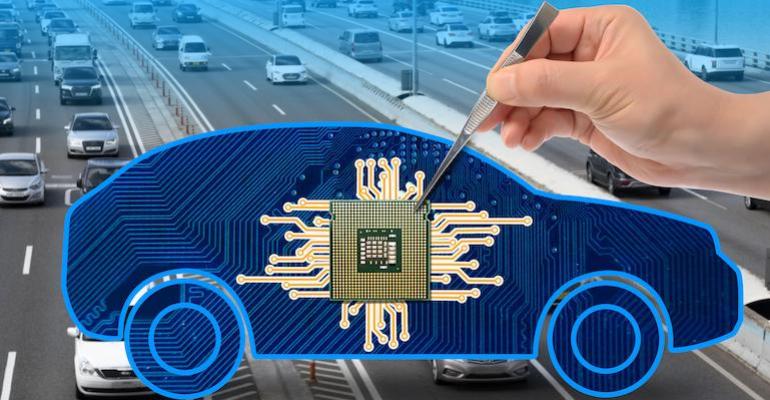 Globally, automakers will sell almost 8 million fewer cars in 2021, thanks to a shortage of chips. Are there lessons that we can learn to prevent the same crises in the lithium-ion battery supply chain?

It’s estimated that electric vehicles (EVs) require more than twice as many semiconductor chips as do internal combustion engine (ICE) vehicles. Much of this increased demand comes from the use of power electronics to convert the energy stored in the batteries into current that can be used to power the electric drive motors or motors. With a global shortage of semiconductor chips—which is being felt most keenly by the global auto industry—has the electrification of transportation be hindered or delayed?

Related: Where Will We Build Them? EV Plants in North America

The semiconductor industry is no stranger to shortages—producing chips is a lengthy and expensive process and semiconductor factories are very expensive (they can cost more than $10 billion) and take a long time to build. Demand had been high until the COVID-19 pandemic started, at which point many companies began canceling their chip orders on the assumption that the economy was going to suffer. Car companies cancelling orders causing chip companies to switch to making chips for consumer products which were experiencing great demand as the pandemic progressed. When car companies’ sales began to rebound, they found that the semiconductor manufacturers had retooled their plants to make chips for personal electronics instead of cars, resulting in the shortage.

AlixPartners, a global consulting firm, recently estimated that the shortage will cost the auto industry $210 billion globally in lost revenues this year. This is up from the firm’s original estimate in May of $110 billion. AlixPartners also now forecasts that production of 7.7 million vehicles will be lost in 2021.

Because EVs are so semiconductor intensive, the chip crisis has the potential to put a hitch in the Biden administration’s goal of electric vehicle adoption. Most semiconductor manufacturing is outsourced to factories in Asia, and the Taiwan Semiconductor Manufacturing Company (TSMC) has close to a 60% market share. This lack of competitor companies that are capable of manufacturing chips as well as long lead times to switch between suppliers has also contributed to the automakers' woes.

TSMC is currently building a $12 billion chip manufacturing facility in Arizona which will open by 2024. South Korea’s Samsung Electronics Co. has announced plans for a new $17 billion chip factory in Texas. US companies build about 12 percent of the world’s semiconductors, down from 37 percent in 1990. Intel still builds semiconductors in the US in its four in Massachusetts, New Mexico, and Oregon and has announced that it will spend $20 billion for two new chip plants in Arizona. Intel also makes chips in Ireland, Israel and has a single facility in China.

Some of the semiconductor chemicals required for chip manufacturing are shipped to the US by Taiwanese suppliers so that even US-made semiconductors rely on products from other countries.

The semiconductor manufacturing shortage is leading automakers around the world to reduce worker shifts and halt assembly line production resulting in fewer cars to sell. According to a recent New York Times article, in Japan parts shortages are caused exports to fall by 46% in September compared with a year earlier. General Motors, Honda, Mercedes-Benz, Nissan, and Stellantis are among those who have reported dramatic sales decreases in the third quarter of 2021. 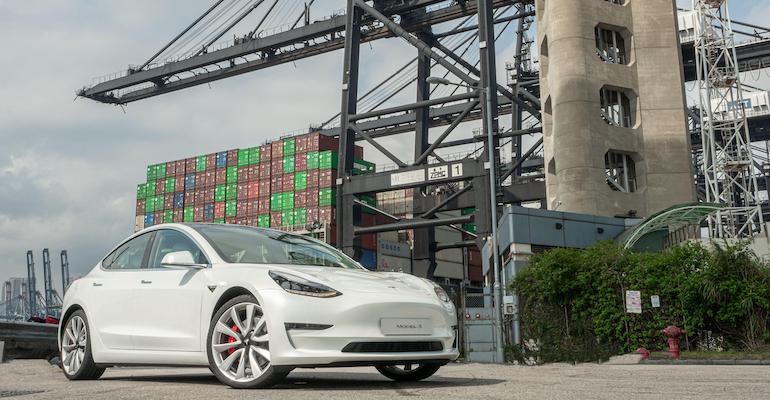 How has Tesla managed to continue to thrive at the same time that carmakers, particularly legacy carmakers are struggling? According to The Verge, Tesla has been much more agile in addressing the chip shortage, sourcing semiconductors from different companies, and rewriting software as needed to adapt to different chips. Semiconductor chips are highly specific to each manufacturer and are not readily interchangeable. “It’s not just a matter of swapping out a chip. You also have to rewrite the software,” said CEO Elon Musk on the company’s second-quarter earnings conference call. “It was an incredibly intense effort of finding new chips, writing new firmware, integrating with the vehicle, and testing in order to maintain production.” It has been reported that Tesla even considered buying a chip manufacturing company to ensure its supply. Aside from Tesla, US carmakers have yet to begin producing EVs in any great numbers, so it is hard to judge if the chip shortage is having any effect on EV production.

Are There Lessons to be Learned?

Industry analysts say that the chip shortage is beginning to ease but that it will be with us throughout 2022. As the auto industry moves deeper into electrification, is there a lesson that might be learned from this crisis for supply and manufacturing scarcity with respect to EV batteries?

Lithium-ion batteries are the driving force behind the electrification of transportation. Their high energy density, power output, relatively low cost, and long cycle life has been carefully tailored to meet the needs of EV owners who want safety, reliability, and long-range at a cost that is nearly the same as they pay for a gasoline engine vehicle. As with semiconductors, they are difficult to manufacture with a complicated automated process that requires a costly dedicated factory and supply lines for materials that cover the globe. The vast majority of that battery supply line routes directly through China.

Lithium-ion cells come in a variety of configurations and formats including several cylindrical cell types, hard-shell prismatic shapes, and pouch cells—as with semiconductors swapping cells from one manufacturer to those from another requires significant engineering. It is possible to do as Tesla showed when it changed from its cylindrical cells to BYD blade cells using a completely different chemistry (LFP) for its Model 3 production in China.

Here is the thing—China and Europe have begun to have significant EV sales (around 15 percent of vehicle sales for each) while the US and the rest of the world are just beginning to ramp up electrification. Industry analysts are already talking about shortages of raw materials that go into battery production—particularly lithium, nickel, and graphite. As with semiconductors, the drive to the lowest possible manufacturing costs has pushed battery production and battery raw material processing into Asia, with China the primary source for nearly all battery raw materials.

Last quarter Europe led with EVs making 17.4 percent of new cars sold, Asia was second at 12 percent and the Americas were third, at less than 4%. Worldwide, EVs were selling at 10.8 percent of the total sales. The total number of EVs sold globally in 2021 will exceed 5.6 million and that number will grow to between 25 and 35 million by 2030.

With such rapid EV growth and with a limited supply chain, the problems exhibited by the semiconductor chip shortage might be visited upon the supply of lithium-ion batteries. The irony is that just as with semiconductors, outsourcing battery manufacturing to Asia has resulted in the situation we now find ourselves facing. If the battery industry had stayed here in the US where much of the initial research and development occurred, the need now to find solutions wouldn’t be so urgent.

The focus on shareholder value by corporations worldwide has led to a reliance on lowest cost providers, regardless of the fragility that a supply chain based upon that reliance sometimes creates. Asian manufacturers have been there to provide low-cost manufacturing that could boost corporate profits. Then, instead of using those profits to build more robust supply chains, the money has been used to buy back stocks, increasing their value and making a few already wealthy corporate executives and investors significantly richer. Our current various crises and fragile supply and delivery system are the predictable results. Will the batteries that electrification counts on so heavily fall into the same trap?