BROUGHT TO YOU BY
Recent
Materials
Here's Where Battery Manufacturing Will Grow the Most
May 24, 2022
Inexpensive, High-Voltage, Metal-Free Lithium-Ion Battery Inches Closer to Reality
May 24, 2022
Los Angeles Fire Department Deploys Nation’s First Electric Fire Truck
May 24, 2022
Sila Acquires Location for Battery Materials Plant
May 24, 2022
Scavenger Nanoparticles Pave Way for EV Fuel Cells
May 23, 2022
How the US Can Catch China in the Battery Race
May 17, 2022
We Must Keep EVs from Overpowering the Grid
May 17, 2022
Ford's Electric F-150 Lightning is a Real Pickup Truck
May 17, 2022
The Power of Knowledge
From The Battery Show and Electric & Hybrid Vehicle Technology Expo comes Battery Technology. Sign up for The Weekly Current, Market Focus, and Product Showcase newsletters.
Highlights 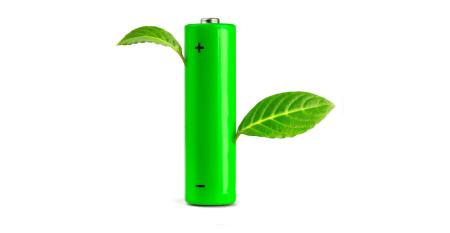 Sila Acquires Location for Battery Materials Plant
May 24, 2022
A 600,000-sq-ft facility in Moses Lake, WA will be converted into a production site for lithium-ion anode...

Quantum Physics Holds Key for Faster-Charging EV Batteries
May 13, 2022
Scientists claim that they can leverage resources using quantum techniques to greatly speed up the charging process from 10 hours to three minutes.

Porsche Invests in Silicon-Carbon for the Future of Battery Technology
May 10, 2022
The automaker recently invested $100 million into Group14, a company developing silicon-carbon anode materials for next-generation batteries.

Sodium-Ion Battery to Promote Low-Cost Alternative for EVs
May 09, 2022
Researchers at the Department of Energy have made headway in creating better and less expensive energy-storage devices for commercial use.

Top Execs on Batteries' Nickel Pickle
May 04, 2022
A perfect storm of forces has caused prices of nickel, a critical cathode component in premium lithium-ion batteries, to spike. Here's what top battery and EV executives are saying about the problem.

Silicon Anodes Could Result in Next-Generation Batteries for the US Army
Apr 15, 2022
Silicon anode company NanoGraf has won a $1 Million development contract from the United States Department of Defense.