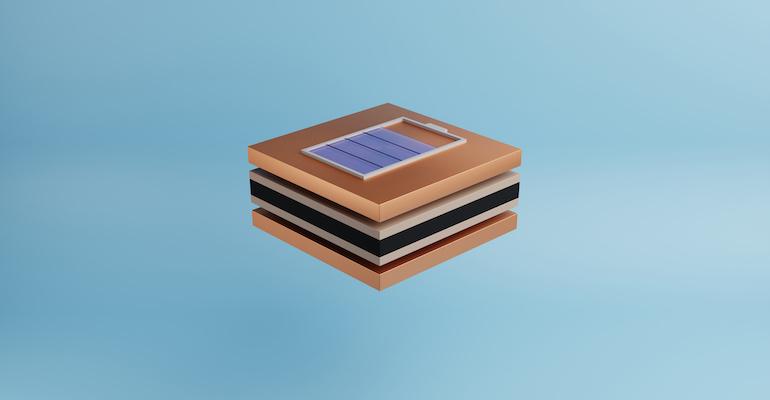 The composition of the electrolyte is critical in developing solid-state batteries that have minimized electric charge at the electrode interface.

Solid-state lithium batteries, whose liquid electrolyte is replaced with a polymer or ceramic solid, continue to show great promise as the next big thing for longer range and safer electric vehicles (EVs). A solid electrolyte enables the use of an anode (negative electrode) made from a thin sheet of lithium metal can dramatically increase the energy density of the battery cell when compared to the currently used graphite anodes.

One of the key issues of solid electrolyte batteries is the high resistance found at the electrolyte–electrode interface. The high resistance at this interface not only reduces the output of all-solid-state batteries but can also prevent them from being charged rapidly—a key to the acceptance of EVs by the general public. According to researchers at the Tokyo University of Science, one mechanism behind this high interface resistance is the electric double layer (EDL) effect. EDL involves the gathering of charged ions from an electrolyte at the interface with an electrode, producing a positively or negatively charged layer, that then causes a charge of the opposite sign to accumulate throughout the electrode, creating a double layer of charges.

Conventional electrochemical analysis methods have trouble detecting and measuring the EDL in solid-state batteries. Researchers at Tokyo University of Science, Japan, have developed a completely new methodology for assessing the EDL effect in solid electrolytes. The research was conducted with assistance by the International Center for Materials Nanoarchitectonics (MANA), and the National Institute for Materials Science, Japan.

According to a news release from the Tokyo University of Science, “The new method revolves around field-effect transistors (FETs) made using hydrogenated diamond and a solid Li-based electrolyte. FETs are three-terminal transistors in which the current between the source and drain electrodes can be controlled by applying a voltage at the gate electrode. This voltage, thanks to the electric field generated in the semiconductor region of the FET, controls the density of electrons or holes ('electron vacancies' with a positive charge).”

Using these characteristics and chemically inert diamond channels, the researchers ruled out chemical reduction-oxidation effects that change the conductivity of the channel, leaving only the electrostatic charges accumulated by the EDL effect. The scientists then performed Hall effect measurements, which are sensitive to charged carriers only on the surface of materials, on the diamond electrodes to determine the extent of the EDL. In their research, the team used different types of lithium-based electrolytes to see how changes in composition affected the EDL. According to the team, the EDL effect is dominated by the electrolyte's composition near the interface (which is about five nanometers in thickness).

The team also reported that the EDL effect can be suppressed by several orders of magnitude if the electrolyte material allows for reduction-oxidation reactions that give way to charge compensation. "Our novel technique proved useful for revealing aspects of EDL behavior at the vicinity of solid electrolyte interfaces and helped clarify the effects of interface characteristics on the performance of all-solid-state Li-ion batteries and other ionic devices," said Tohru Higuchi, the Tokyo University team leader.

The team now plans to use their method to analyze the EDL effect in other electrolyte materials, hoping to find clues on how to reduce the interfacial resistance in next-generation batteries. "We hope that our approach will lead to the development of all-solid-state batteries with very high performance in the future," said Higuchi. The team notes that understanding the formation of the EDL better will also aid in the development of capacitors, sensors, and other memory and communication devices.