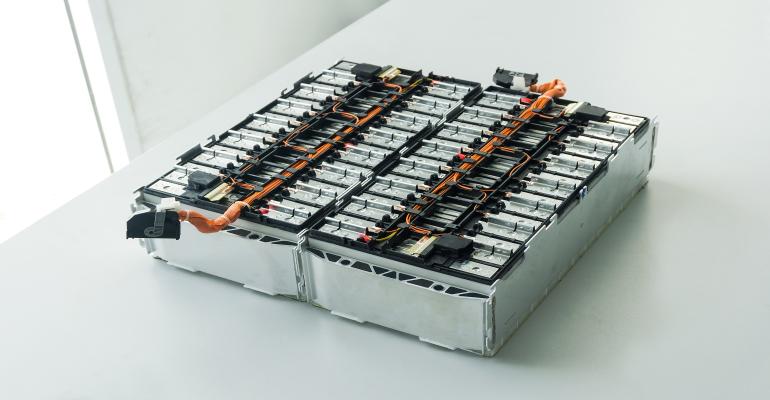 Electric vehicles (EV) have been around for more than 120 years. After a promising start at the beginning of the 20th Century, they lost out to gasoline power and languished in the hands of technology hobbyists and dreamers until the early 2000s when mainstream automakers began to take another look at EVs. In 2010, Nissan introduced its all-electric Leaf model and Tesla launched its Model S. Ten years later Tesla has become the most valuable car company in the world and EVs will represent 3% of global car sales in 2020.

The steady growth of EVs has pushed the development of the lithium-ion batteries that provide their motive power. Ten years ago, a kilowatt-hour (kWh) of lithium-ion capacity cost between $1,000 and $1,200. Today, thanks to an economy of scale and a variety of improved manufacturing techniques, today’s cost for a kWh of energy storage is $120 to $150. 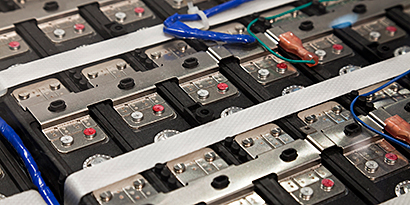 The improved manufacturing of lithium-ion batteries used in EVs is interesting. In the early days, batteries used in EVs came from a variety of sources and were not specifically designed for transportation applications. Battery packs were often created from whatever battery configurations were commercially available, including cylindrical, prismatic, and pouch cells. Now, as EVs are becoming more popular, the development of bespoke lithium-ion battery cells has allowed better performance at an ever-improving price point.

The battery pack in an EV is made up of a series of modules that are in turn made up from individual lithium-ion cells that are connected in series and parallel. The grouping of cells together into vibration proof and weather tight modules requires a variety of adhesives, sealants, gaskets, and thermal materials. Industrial Market Insight estimates that an average EV uses nearly 8 pounds of sealants and adhesives between the battery pack and electric motor. Major adhesive and chemical manufacturing companies such as 3M, Parker Lord, and Henkel have jumped into the battery sealant and adhesive market with a variety of targeted products. Adhesives, sealants, gaskets, and thermal materials include polyurethanes, silicones, UV-curing materials, acrylates, and epoxies.

Structural adhesives are often used between cells to provide a mechanically strong structure. Polyurethanes, epoxies, and acrylics are frequently used as structural adhesives and can create a grouping of cells within the module that is robust and vibration resistant. The adhesives maintain battery cell alignment and keep the cells in place during vehicle acceleration, braking, cornering, and when traveling over bumps.

Lithium-ion batteries are susceptible to overheating. Generating and transferring large amounts of electrical energy produces significant heat which must be exchanged to an air or liquid battery cooling system. The structural adhesives that help locate the individual cells can also be used to transfer thermal energy from the cells to the cooling system. Thermally conductive materials can also be placed between battery modules, removing heat and helping maintain the temperature of the pack. Thermal materials are typically two-part silicon or polyurethane liquid gap fillers or precut adhesive pads that fill the gaps and aid in conducting heat away from cells and modules. Cylindrical cells are particularly challenging to maintain good thermal characteristics and benefit greatly from the use of thermally conductive materials. These materials can also incorporate fire resistance formulations to improve pack safety.

Preventing moisture and dirt from entering the battery pack is critical to avoid shorting out cells and modules that can cause damage and even thermal runaway and fires. Seals and gaskets must be able to withstand temperatures as low as -40°F and as high as 130°F. They must be resistant to automotive chemicals and oils and other petroleum products while also maintaining their integrity over a lifetime of mechanical abuse and vibration. In the unlikely event that a battery pack needs to be repaired, they should also be able to be easily removed and replaced with no loss of sealing ability. Silicon sealants and gasket materials have proven capable in this role.

As auto manufacturers become more experienced in building EVs, and their suppliers develop more sophisticated fabrication and manufacturing techniques, the use of structural adhesives, thermal materials, and sealants is increasing. New technologies, such as Tesla’s recently announced pack design that does away with individual modules and will require an even greater role for structural adhesives to hold cells in place. One way in which the cost of lithium-ion batteries has continued to drop has been a greater degree of automation in the manufacturing process. Automation has its own requirements for adhesive materials, which must be capable of liquid application and rapid curing as the modules and pack are assembled.

In many ways, the market for structural and sealing materials in EV applications is in its infancy. Battery-powered vehicles will go from 3 million units per year now, to a market of more than 30 million vehicles by 2025. This rapid growth will continue to push the development of more rapid and less expensive battery pack manufacturing—more opportunities for innovative structural and sealing materials.