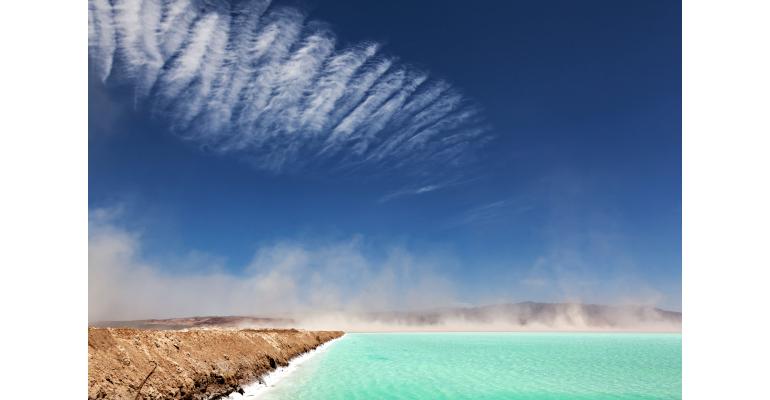 A patented new process developed by the U.S. Department of Energy’s National Energy Technology Laboratory (NETL) may make possible the increased production of lithium and rare earth elements (REEs) in the United States. Lithium, a naturally occurring metal, makes up only 0.0007 percent of the Earth's crust, according to the Jefferson Lab; it is only found locked up in minerals and salts. However, since the early 1990s, lithium has been in hot demand, as it has been used in rechargeable batteries. REEs are also in demand for a variety of economic, energy, and defense applications.

NETL’s invention uses a unique CO2 injection technique to produce lithium carbonate ‘directly’ in a brine, explained Jinichiro Nakano, one of the NETL co-inventors, in the news statement. “The technology is the next generation of direct lithium extraction process that does not require adsorbents, absorbents, and membranes. It eliminates the need for freshwater, solid chemicals, acids, and a mineralization facility to produce lithium minerals. CO2 may be mixed into a brine in such a way that mineralization of a brine occurs almost instantly even under ambient conditions. This make possible accelerated recovery of critical materials from brines with a relatively small footprint and in an environmentally benign fashion.”

Natural brines, which consist of underground water, water from salt lakes, or seawater, exhibit lithium as well as significant concentrations of valuable minerals such as REEs and critical metals. Produced water is a byproduct of oil or gas extraction from rocks that contain water. It also results from hydraulic fracturing when fracturing fluid returns to the surface. Produced water can also be a source for lithium and REEs.

NETL's process is currently being evaluated by One World Lithium Inc. for use on naturally occurring brines with the exception of sea water and geothermal brines, through a non-exclusive research and evaluation license.

NETL co-inventor Anna Nakano added that the new process has other advantages. “The CO2 used in the process is readily available in the air,” she said. “It can also be sourced from industrial waste streams. Because it is portable enough to facilitate full operation at the source of brine, it eliminates the hundreds of millions of dollars for capital investment that would otherwise be required in current processes.”

Nakano said the innovation represents a way to build sustainable domestic supply chains for lithium and REEs.  “In addition to natural brines and produced water, the process could extract lithium, REEs and other critical materials from sea water,” he said. “It can be used as a tool for carbon sequestration and to clean contaminated water.”