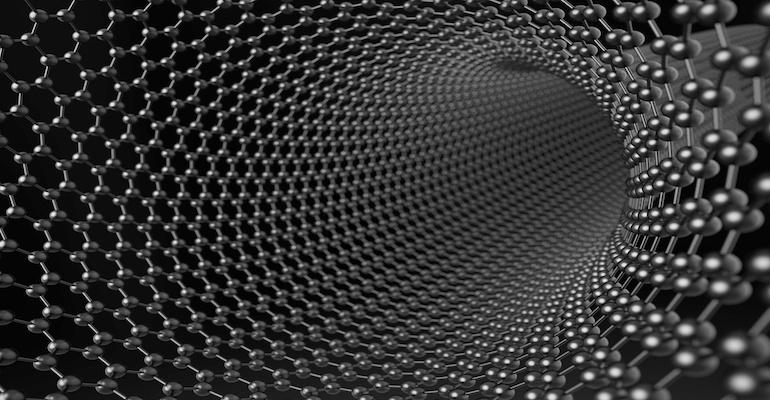 Check out this hot topic in the world of lithium-ion battery development: the incorporation of silicon into the carbon-graphite anode.

A hot topic in the world of lithium-ion battery development is the incorporation of silicon into the carbon-graphite anode (negative electrode). Silicon can improve the battery performance in high-power applications and carmakers like BMW, Volkswagen, Audi, Porsche, and Daimler are pushing the technology. Present commercial lithium-ion batteries have an energy density of about 260 watt-hours per kilogram (Wh/kg). Adding silicon to the anode promises energy densities of 330 Wh/kg or greater.

The problem is, when lithium ions are incorporated into the silicon-containing graphite anode, the resulting volume change (up to 300%) creates cracks that degrade the interconnection of the anode materials and reduces the performance of the battery, particularly after several charge and discharge cycles.

Attendees of a talk titled “Silicon Anodes: Update on the Use of Graphene Nanotubes as a Critical LIB Component to Achieve Energy Density and Cycle Life Targets Set by Emerging EV Industry” by Andry Senyut CEO of OCSiAl Europe at The Battery Show & EV Tech Europe Digital Days on May 19 learned more about the problems posed by silicon and possible solutions. Digital Days is an interactive virtual conference delivering the same technical training, top-tier education, and expert speakers from our in-person events, but in an easily digestible virtual format. 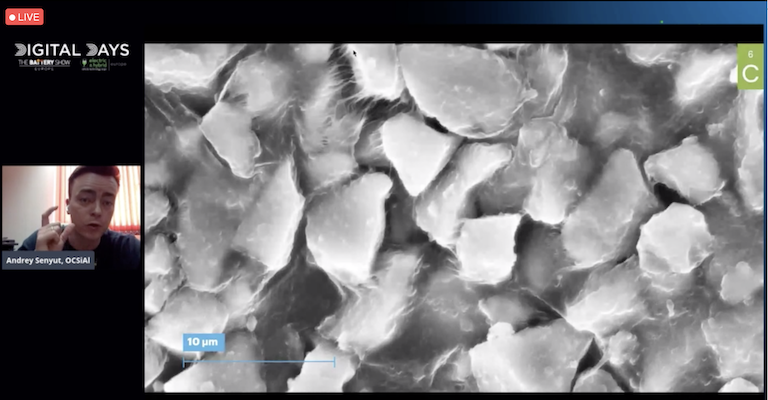 OCSiAl Europe produces a product called TUBALL, graphene nanotubes that can be placed into the graphite and silicon anode to manage the cracking problems. The nanotube is a graphene sheet that is rolled into a tube with a wall thickness of one carbon atom. The resulting nanotube is 5 times lighter than copper and 100 times stronger than steel. The length to diameter ratio of the TUBALL nanotubes is over 3,000.

When graphene nanotubes are introduced into silicon-containing anodes, they create highly conductive and durable connections between the silicon particles. These connections are very dense and conductive that even when the silicon particles expand and the anode cracks, the nanotubes allow the particles to remain electrically connected to one another. A cycle life of two to four times higher is possible when graphene nanotubes are added to the graphite-silicon anode.

At present, there is enough graphene nanotube production capacity to create silicon anodes for up to  100 gigawatt-hours (GWh) per year of battery production. By 2024, Senyut said that that will increase to 1000+ GWh per year.

The Battery Show & EV Tech Europe Digital Days of May 18-20 provided the latest in advanced battery design, thermal management, the evolution of battery chemicals, and other hot topics. You can check out the agenda at a glance and see the full list of speakers here.