Considering Future Recycling in the Development of Battery Materials 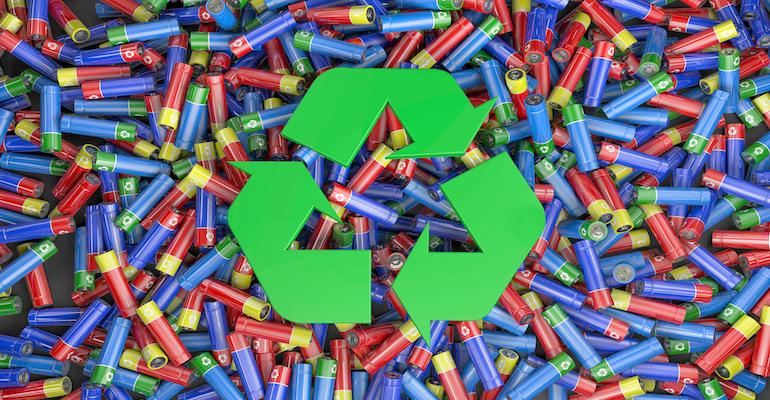 Researchers develop a framework that aims to create ground rules for materials and design to optimize the ecological and economic potential of the devices’ circular value chain.

Minimizing the environmental impact of the lifecycle of batteries is of major concern for scientists. To that end, a team of researchers has developed a framework that factors the recycling of devices into the manufacturing process as a way to optimize the ecological and economic potential consists in the circular value chain of batteries, they said.

Researchers at the MEET Battery Research Center of the University of Münster in Germany have created a new approach for a sustainable battery economy that also looks at the current regulations and demands for those manufacturing the devices in the United States, the European Union, and China.

Related: Will Robots Show the way to Safer, Cheaper, and Faster Battery Recycling?

Overall, the “Design for Recycling” aims to establish some ground rules for the future manufacture of batteries to optimize the process of recycling after the devices are no longer in use.

The plan includes not only new recycling considerations but also identifies challenges in the type of materials currently used in the manufacture of energy-storage devices to try to solve them, said Sascha Nowak, head of the Analytics and Environment Division at MEET Battery Research Center of the University of Münster.

One of those challenges is that various materials are often used as the active materials of devices, “which complicates achieving high recycling efficiencies and purities of the different raw materials,” he said in a press statement.

One way to facilitate recycling at the end of the lifecycle is to require standards for batteries before they are even manufactured, researchers said.

Along these lines, researchers suggested standards for screw connections and conjunctions between modules or cells to facilitate an automated disassembly of the cells. This will help facilitate the recovery of reusable materials, they said. 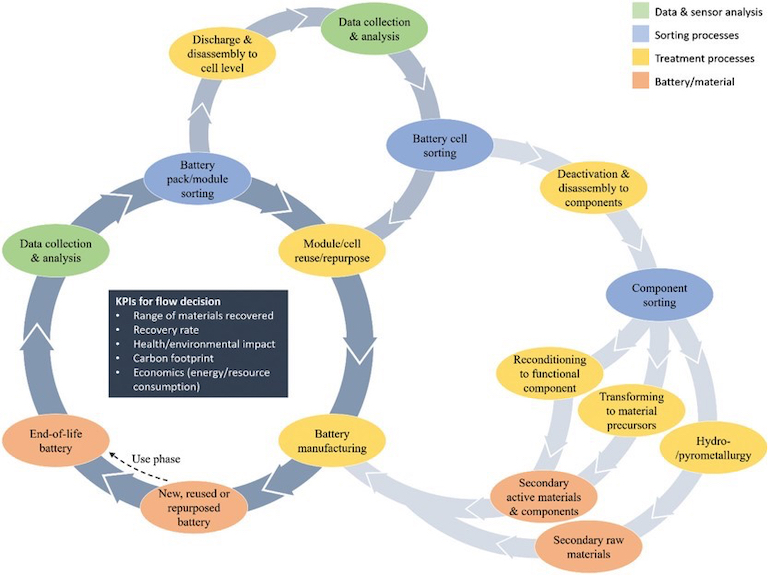 Proposed framework for the development of future recycling infrastructures

Another possibility for recovering materials from used batteries is direct recycling, researchers suggested. This is a process that reactivates the battery’s active materials by relithiation for direct assembly in new cells without a complete resynthesis of the materials having to take place, explained Jonas Neumann, a Ph.D. student at MEET Battery Research Center.

Researchers published a paper outlining their research in the journal Advanced Energy Materials.

The team also recommended that governments around the world take a look at their regulations around battery recycling to create an overall more sustainable lifecycle.

Currently, several regions in the world have regulations for battery recycling, with manufacturers in the EU and China required to take financial and physical responsibility for the recycling of their batteries.  Those regions also have regulations for collection rates of used batteries, material-recovery targets, and labeling standards, they said.

In the United States,  regulation is more comprehensive in terms of how nickel-cadmium and lead-acid batteries are recycled; currently, only four states have substantial requirements for recycling lithium-ion batteries, researchers said.

“The current state of the art needs to be analyzed, improved, and adapted for the coming cell chemistries and components,” researchers wrote in the abstract of their paper.