Could Graphite Made Out of Wood be Used to Produce Sustainable Battery Anodes? 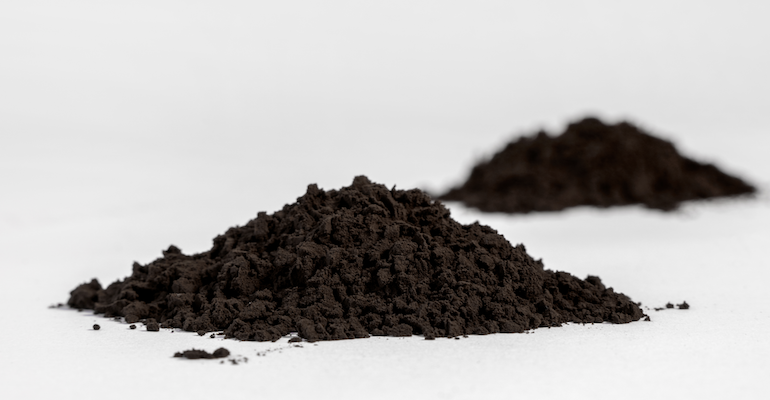 A Finnish company has built a pilot plant to convert wood lignin into graphite for lithium-ion battery anodes.

The graphite that is used in the anode comes as two types: natural graphite or synthetic graphite. Natural graphite is mined in the form of flakes which are rolled into spheres by impact milling and coated with carbon by a thermal vapor decomposition process. The milling process results in pores and surface defects which can actually increase the storage capacity of the graphite, compared to its theoretical values.

Synthetic graphite is produced at very high temperatures (a minimum of 3000 °C) using a carbon precursor that is typically pitch or coke. Elements including boron, phosphorus, and nitrogen can be added to the graphite process to lower the processing temperature.

According to Benchmark Mineral Intelligence, 86% of all anodes (natural and synthetic graphite) are produced in China while 100% of all natural graphite anode is made in China. Efforts are underway to reduce the dependency on China for all battery materials, including graphite anodes in Africa, Scandinavia, Australia, and the US. Producing battery-grade anode materials is however a long and expensive process and China will be in a dominant position well into the future.

One way to produce synthetic graphite that does not include oil or coal is to make it from low-cost and renewable plant lignin. Lignin is a natural biopolymer and makes up 30 percent of the dry mass of the organic carbon on earth. It is widely available from paper and pulp mills and in excess of 50 million tons of lignin are produced annually worldwide.

Although lignin is often burned on-site to produce energy to run the mill, it can also be used as a precursor for carbon fibers, or battery materials. Finnish paper and pulp company Stora Enso’s has opened a pilot facility for producing bio-based carbon materials from lignin. Its wood-based carbon for batteries is ramping up and applications of carbon from the plant will include graphite anodes for batteries used in electric vehicles (EVs) and consumer electronics as well as large-scale energy storage systems.

“With our pilot plant now ramping up operations, Stora Enso is entering a new value chain in supplying more sustainable anode materials for batteries,” said Markus Mannström, Executive Vice President of Stora Enso’s Biomaterials division in a company news release.  “With Lignode, we can provide a bio-based, cost-competitive, and high-performance material to replace the conventionally used graphite. To serve the fast-growing anode materials market, we are now exploring strategic partnerships to accelerate scale-up and commercialization in Europe,” he added.

Sustainability
Circular economies that account for carbon and greenhouse gas (GHG) emissions during the production of EVs have become one of the top concerns for the automotive industry. Replacing fossil-based carbon in the anodes of lithium-ion batteries with carbon from a sustainable source like lignin can reduce the overall emissions from the production of an EV.

To provide materials to research the use of lignin-based graphite, the pilot plant for bio-based carbon materials is located at Stora Enso’s Sunila production site in Finland. Lignin has been industrially produced at that location since 2015 and the biorefinery’s annual lignin production capacity is 50,000 metric tonnes, which makes Stora Enso the largest kraft lignin producer in the world.