Could a Novel Graphene Anode be the Key to Future Sodium-Ion Batteries? 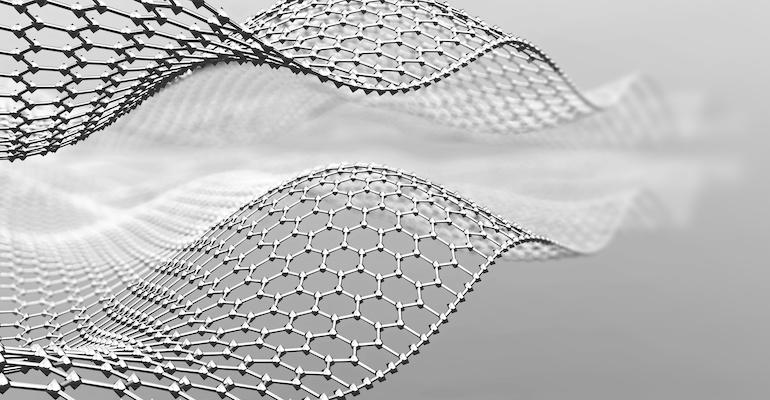 Sodium is cheap and abundant but when used in batteries has an energy capacity problem—this new graphene anode might help.

Sodium is one of the materials that is often mentioned as an alternative to lithium for use in high-energy batteries. The long-term volatile cost and long-term availability of lithium versus the abundance of sodium (it can easily be obtained in a sustainable and environmentally sound way from seawater) and its low cost make it attractive—but only if a series of drawbacks can be overcome. At present, sodium-ion batteries cannot compete with lithium-ion batteries due to a lack of energy storage capacity.

In a lithium-ion battery, the lithium ions move in and out of the layers of graphite that make up the battery anode (negative electrode), in a process called intercalation. Because lithium ions are fairly small, they can move in and out of the graphite structure without producing much deformation and a large amount of them can be stored, producing acceptable levels of electrical energy storage.

Related: Is There a Chance That Magnesium Batteries can Ever Replace Lithium?

The problem with sodium ions is that they are larger than the lithium ions and don’t fit very well into the graphite anode when the battery is charging. Researchers at The Chalmers University of Technology have come up with a novel way to solve this.

"We have added a molecule spacer on one side of the graphene layer. When the layers are stacked together, the molecule creates larger space between graphene sheets and provides an interaction point, which leads to a significantly higher capacity," said researcher Jinhua Sun at the Department of Industrial and Materials Science at Chalmers in a university news release.

According to the researchers, the typical capacity of sodium intercalation in standard graphite is about 35 milliampere hours per gram (mAh g-1)—less than one-tenth of the capacity for lithium-ion intercalation in graphite. With the new graphene structure, the specific capacity for sodium ions is 332 milliampere hours per gram—approaching the value for lithium ions in normal graphite. The results obtained by the Chalmers team also showed full reversibility and high cycling stability.

"It was really exciting when we observed the sodium-ion intercalation with such high capacity. The research is still at an early stage, but the results are very promising,” said Professor Aleksandar Matic at the Department of Physics at Chalmers. “This shows that it's possible to design graphene layers in an ordered structure that suits sodium ions, making it comparable to graphite."

Using a novel type of graphene sheets with molecules in between allows sodium ions (in green) to efficiently store energy.

The novel graphene is often called “Janus” graphene because it has asymmetric chemical functionalization on opposite faces. Janus was a two-faced ancient Roman God—the God of new beginnings, associated with doors and gates, and the first steps of a journey. The researchers describe the Janus material this way: “The material used in the study has a unique artificial nanostructure. The upper face of each graphene sheet has a molecule that acts as both spacer and active interaction site for the sodium ions. Each molecule in between two stacked graphene sheets is connected by a covalent bond to the lower graphene sheet and interacts through electrostatic interactions with the upper graphene sheet.” The team also notes that Janus graphene layers also have uniform pore size, controllable functionalization density, and few edges.

"Our Janus material is still far from industrial applications, but the new results show that we can engineer the ultrathin graphene sheets—and the tiny space in between them—for high-capacity energy storage,” said Vincenzo Palermo, Affiliated Professor at the Department of Industrial and Materials Science at Chalmers. “We are very happy to present a concept with cost-efficient, abundant and sustainable metals."