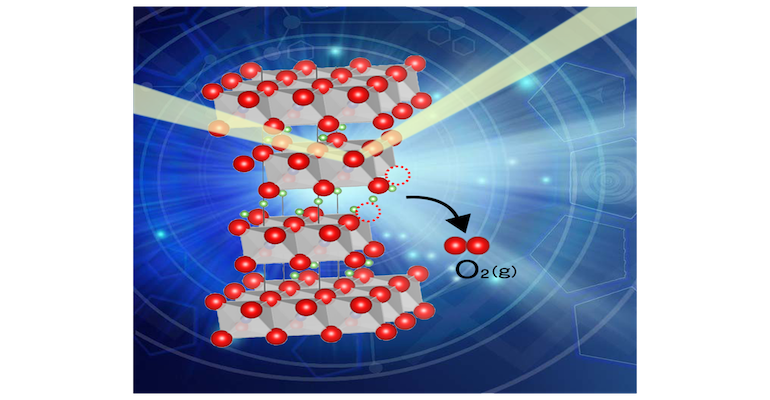 Researchers in Japan took a closer look at the thermal runway of devices to understand how materials interact to improve future designs.

High-performance batteries—such as those for electric vehicles (EVs)—require higher energy density than typical ones powering everyday devices. However, existing battery chemistries tend to become unsafe or unstable when they reach these higher levels of energy.

Now researchers in Japan have learned new insights as to why this happens. A team of researchers from Tohoku University and the Japan Synchrotron Radiation Research Institute (JASRI) has studied the release of oxygen in certain types of lithium-ion batteries and found how some materials can enhance this release and make batteries safer even at higher densities, they said.

Related: Could Reversible Rusting be a Solution to Renewable Energy Storage?

Their insights can pave the way for “further development of high energy density and robust next-generation batteries composed of transition metal oxides," Takashi Nakamura, a professor at the university and one of the researchers on the project, said in a press statement.

Specifically, researchers focused on the thermal runway, which is the overheating of batteries that tend to occur in batteries of higher energy densities and can result in an explosion.

Scientists know that oxygen released from cathode active material is the trigger for thermal runway; however, they have not known much about how the process occurs.

“Problems originating from the lattice oxygen instability in oxide-based intercalation cathodes are widely reported, such as capacity degradation, gas generation, and thermal runaway, highlighting the importance of deep insights into the critical factors for lattice oxygen stability,” researchers wrote in an abstract for a paper on their work in the journal Advanced Energy Materials.

To gain more of these insights, researchers in the study investigated the oxygen release behavior and relating structural changes of cathode material for lithium-ion batteries LiNi1/3Co1/3Mn1/3O2, or Lithium nickel cobalt manganese (NCM111). NCM111 acted as a model oxide-based battery material through coulometric titration and X-ray diffractions, they said.

The team had previously discovered that NCM111 accepts 5-mole percent (mol%) of oxygen release without decomposing, and that this oxygen release caused structural disordering—the exchange of lithium and nickel. When oxygen is released, it reduces the transition metals (nickel, cobalt, and manganese in NCM111), reducing their ability to keep a balanced charge in the materials, researchers said.

To investigate this in real-time, the team used soft-Xray absorption spectroscopy at BL27SU SPring-8, which is a large-scale synchrotron radiation facility operated by JASRI in Japan to conduct their observations.

Researchers observed nickel3+ reduction in NCM111 at the beginning stage of the battery’s oxygen release. After this reduction, carbon trioxide decreased, while manganese4+ remained invariant during 5 mol% of oxygen release., they said.

This observation “strongly suggests” that the “high valent Ni generated by delithiation or negative defect species”—or lithium at the transition metal site--aggravates oxygen release severely,” researchers wrote in their paper.

These findings can act as guidelines for future research toward the stabilization of lattice oxygen in oxide-based intercalation cathodes for future designs of safer and more stable high-energy-density devices, Nakamura said.