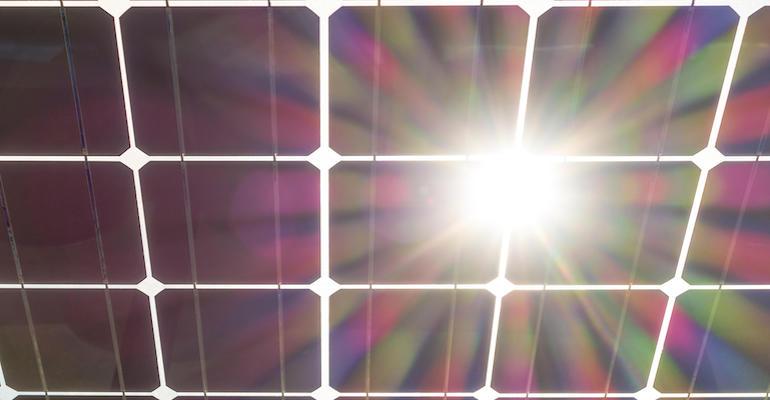 World leaders have agreed that renewable energies such as solar are one strategy going forward to help solve the climate crisis. But even the production of technologies for solar energy has a detrimental effect on the environment, leading researchers to seek cleaner materials for the manufacturing process.

Researchers at Linköping University in Sweden, collaborating with scientists at Soochow University in China, have come up with a potential solution for a particular type of solar cell that not only uses less toxic materials for its production but also potentially can provide more efficient and stable cells overall, they said.

Working with organic solar cells, the team in the university’s Department of Physics, Chemistry and Biology (IFM) achieved the production of a cell using only non-toxic solvents that didn’t decrease the performance of the resulting technology—a common problem in the use of eco-friendly solvents, researchers said.

The work represents “a major step towards large-scale industrial manufacture of efficient and stable organic solar cells,” Feng Gao, a professor at Linköping University, said in a press statement.

Organic cells, however, currently can achieve about 18 percent maximum efficiency in the lab, and this is typically using toxic solvents that have a relatively low boiling point, researchers said. These solvents aren’t without their challenges, either, including a low boiling point that is problematic because it causes the solution to evaporate slightly too rapidly, they said.

Eco-friendly solvents have higher boiling points, solving this issue. However, they also lead to an immediate decrease in energy efficiency, so are a trade-off in terms of their value to the manufacturing of organic solar cells.

The joint Linköping and Soochow team figured out how to eliminate this trade-off, manufacturing a solar cell using non-toxic solvents with a high boiling point and an energy efficiency of more than 17 percent, they said.

In addition, the solar module—which has an area of 36 square centimeters (cm2)--shows a power conversion efficiency of more than 14 percent, researchers reported in a paper on their work in the journal Nature Energy. This is the highest efficiency reported to date for organic solar cell modules with an active area exceeding 20 cm2, they said.

Building on Previous Work
The work builds upon research done by the Chinese researchers several years ago to develop a new acceptor material, named Y6, which can deliver high efficiency for organic solar cells.

In their latest work, researchers found a so-called “guest molecule,” known as BTO, that interacts with Y6 molecules, they said. BTO ensures that other Y6 molecules in the solar cell are packed in such a close and stable manner in the eco-friendly solvents that the photocurrent can be generated efficiently. Thus, adding BTO to the mix also enables larger areas of the solar cells to be manufactured with high efficiency, researchers said.
The efficiency milestones achieved in the research are key for scientists’ endeavor to make organic solar cell technology a viable commercial product on par with current devices on the market, said Rui Zhang, a postdoc who works with Professor Gao in the Electronic and Photonic Materials Division at Linköping University.
“Our results now open for the manufacture of organic solar cells at larger scales for outdoor use,” he said in the press statement.
Elizabeth Montalbano is a freelance writer who has written about technology and culture for more than 20 years. She has lived and worked as a professional journalist in Phoenix, San Francisco, and New York City. In her free time, she enjoys surfing, traveling, music, yoga, and cooking. She currently resides in a village on the southwest coast of Portugal.