Electric Vehicles Could Operate on Cheap Batteries Made with Salt 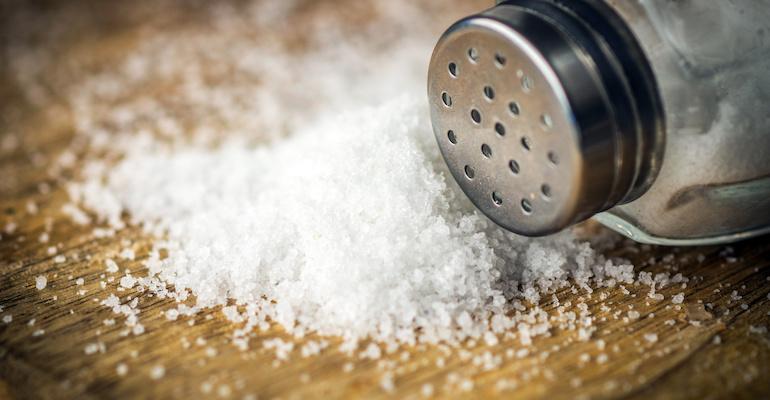 Something people use in their food every day could be the key to a more environmentally friendly solution to electric-vehicle (EV) batteries thanks to researchers in the United Kingdom.

Researchers at the University of Nottingham and various Chinese research institutions have used salt as an ingredient in the electrolyte of a solid-state rechargeable battery that could not only be used for EVs but also a number of applications, said George Chen, professor of electrochemical technologies in the Faculty of Engineering and one of the researchers on the project.

The device has several benefits over current lithium-ion designs that make it promising for future energy-storage applications, particularly those that require high power, he said.

“Because it uses common and widely available materials—not only salt but also iron and sodium carbonate, i.e. washing soda—the devices can be manufactured much more cheaply than lithium-based batteries currently used today, he told Battery Technology. The materials also are non-toxic and readily recyclable, making the technology environmentally friendly, he said.

Moreover, while the rechargeable lithium batteries currently powering EVs lose energy and power over time, and also can overheat--leading to degradation and affecting battery life--the molten-salt battery developed by the team is free from these concerns, Chen told us.

Researchers have developed a new salt-based battery that shows promise to be an environmentally alternative to lithium-ion designs for electric vehicles and other applications. Pictured is a graphic showing the device’s quasi-solid-state (QSS) molten salt electrolyte and the structure of QSS molten salt iron air battery

The new device uses a quasi-solid state (QSS) electrolyte in a paste form that’s created by mixing the carbonate salt with a powder of conducting ceramic known as yttria-stabilized zirconia, which is used in solid oxide fuel cells.

This type of fuel cell converts hydrogen and oxygen into electricity as a result of a chemical reaction and is efficient at extracting energy from a fuel, as well as durable, low-cost, and greener to produce. However, these technologies are not rechargeable.

Because of this, researchers decided to combine the best parts of fuel-cell design with the design for metal-air batteries, electrochemical cells that use a cheap metal such as iron, and the oxygen present in the air to generate electricity, they said.

Although not very durable, these high-energy dense batteries are rechargeable and can store and discharge as much electricity as lithium-ion batteries, but are safer and less expensive to produce, they said.

It took researchers some time to tweak the design to come up with a result with which they were satisfied, they said. In the early phase of the work, the team—led by Professor Jianqiang Wang, from the Shanghai Institute of Applied Physics--developed a high-temperature, iron-air battery design that used molten salt as a type of electrolyte--activated by heat--for electrical conductivity.

However, molten salt became extremely corrosive and volatile in extreme heat and also tended to evaporate or leak, threatening the stability of the design.

Eventually, the team changed the chemistry from molten salt into soft-solid salt, using solid oxide nano-powders in metal-air batteries which operate at 800 degrees Celsius--about the same temperature of the engine exhaust gas from a petrol or diesel engine. This temperature suppresses the evaporation and fluidity of the molten salts that can occur at such high operating temperatures, researchers said.

The team published a paper on their work in the journal Energy Storage Materials.

In lab tests, the salt battery “has confirmed comparable energy capacity with LIBs, but higher power capability and longer service life,” Chen told us. In addition to EVs, the salt battery has the potential for other commercial applications, such as electric ships, storage of solar and wind energy, and grid power load leveling, he said.

The team plans to continue its work to develop a pilot technology and demonstration, he said. However, the battery is still in its early stage of development, and requires further engineering design for commercial applications, Chen added.