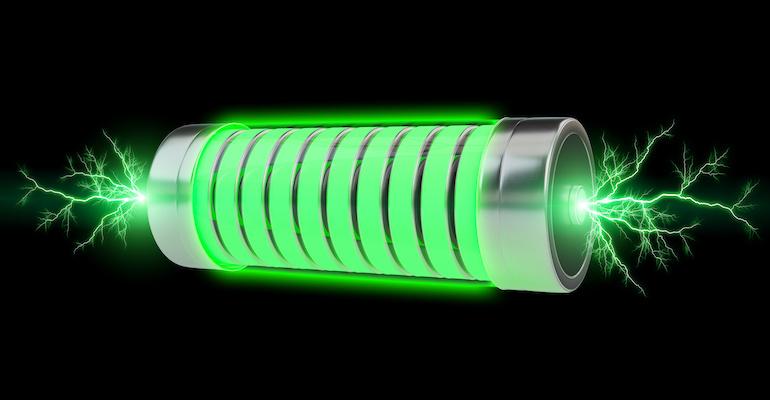 The way in which atoms interact at the electrode surface can have a large effect on the performance of future solid-state lithium batteries.

Even as lithium-ion batteries continue to improve, the next generation of lithium-based energy storage devices for laptops, cellphones, and electric vehicles (EVs) are already on the drawing boards. Chief among future battery technologies is the replacement of the liquid electrolyte with a solid polymer or ceramic material, and the use of a thin foil of lithium metal to replace the carbon graphite that makes up the anode of present commercial lithium-ion batteries. The combination results in a “solid-state” battery that not only promises a safer battery design but also 3-5 times the energy density of today’s best lithium-ion cells.

As encouraging as early results from solid-state lithium metal batteries have been, they still pose a number of problems that must be solved before they are ready for primetime. While liquid electrolytes flow easily into every nook and cranny of the electrodes, ensuring good lithium ion exchange, making a good connection between the solid electrolyte and the battery electrodes can be difficult.

Researchers at the University of Illinois Urbana-Champaign have found that by carefully controlling the atomic alignment of the materials, they can improve the cathode-solid electrolyte interface and stability in solid-state batteries. 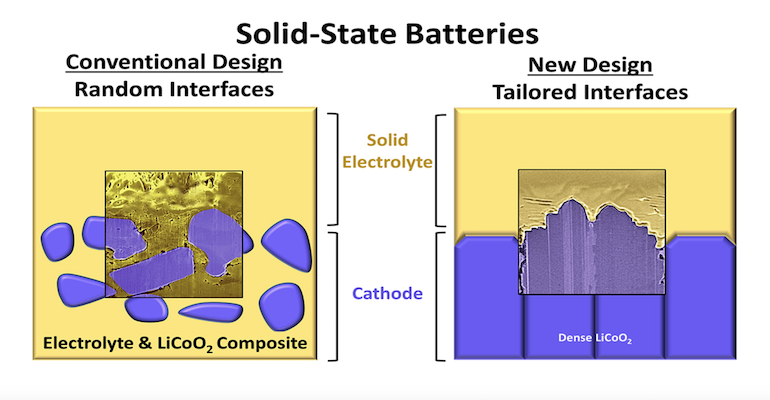 “With batteries, it’s not just materials that are important, but also how the atoms on the surfaces of those materials are arranged,” researcher Beniamin Zahiri said in a University news release. “Currently, solid-state battery electrodes contain materials with a large diversity of surface atom arrangements. This leads to a seemingly infinite number of electrode-solid electrolyte contact interface possibilities, all with different levels of chemical reactivity. We are interested in finding which arrangements lead to practical improvements in battery cycle life, energy density, and power,” he added.

The stability of an electrolyte influences how many charging and discharging cycles a battery can handle before it degrades and starts to lose power. “In the rush to find stable solid electrolyte materials, developers have sort of lost sight of the importance of what is happening in that very thin interface between electrolyte and electrode,” Zahiri said. “But the stability of the electrolyte will not matter if the connection between it and the electrodes cannot be evaluated in an efficient way.”

The team built electrodes containing sodium and lithium ions that had specific atomic arrangements. In their research, they found that there are correlations between battery performance and the interface atomic arrangement in both the lithium-based and sodium-based solid-state batteries. The team also discovered that “minimizing the interface surface area and controlling the electrodes’ atomic alignment is key to both understanding the nature of interface instabilities and improving cell performance.”

“This is a new paradigm for how to evaluate all the important solid electrolytes available today,” said John Cook, director of research and development at Xerion Advanced Battery Corporation and a part of the research team. “Before this, we were largely just guessing what electrode-solid electrolyte interface structures gave the best performance, but now we can test this and find the best combination of materials and atomic orientations,” Cook said.

“We think this will teach us a lot about how to investigate emerging solid electronics,” said Paul Braun, Professor of Materials Science and Engineering at the University. “We are not trying to invent new solid electrolytes; the materials world is doing a great job with that already. Our methodology will allow others to precisely measure the interfacial properties of their new materials, something that has otherwise been very difficult to determine.”