Just a Spoonful of Sugar? It Might Help Sweeten Lithium Sulfur’s Future 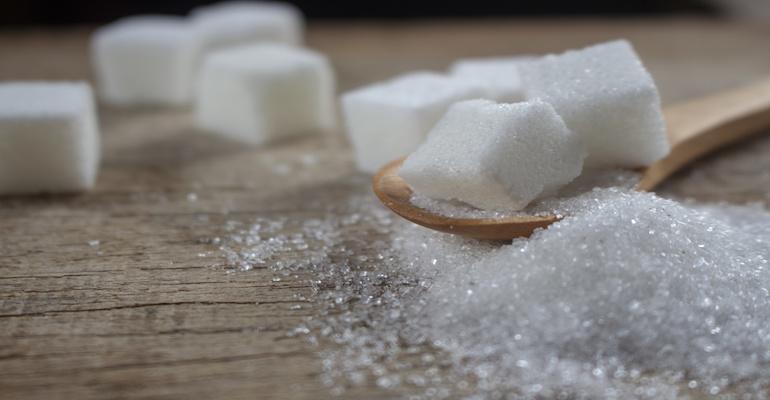 Lithium-ion batteries have become the primary means of energy storage for everything from personal electronics and laptop computers to electric vehicles (EVs). Although the price of these batteries continues to come down, the fact that their cathodes are primarily made from an oxide of nickel (which is a relatively expensive metal) means that there is a limit to how inexpensive battery cells can be built. In addition, only a given number of lithium ions can be inserted into the nickel oxide cathode (positive electrode) during discharging, which limits the overall energy that the battery can store.

One way to increase the energy storage is to replace the nickel oxide with sulfur, which is both Earth-abundant and inexpensive. The consensus is that lithium-sulfur batteries are still a couple of generations away, however in addition to a cost advantage, lithium-sulfur batteries can store two to five times more energy than lithium-ion batteries of the same weight. But one problem has been that the sulfur electrode in a lithium-sulfur battery deteriorates rapidly as the electrode exhibits substantial expansion and contraction as the lithium ions are inserted and removed from the sulfur cathode, creating cracks and weakening it, reducing the amount of lithium that can be stored.

Previously, a team at Monash University in Australia demonstrated they could open the structure of the sulfur electrode enough to accommodate expansion when the lithium is inserted, making it more accessible to the ions and increasing the number of charge and discharge cycles than the battery cell could endure.

The Monash team reported in  Nature Communications that by using a glucose-based additive on the positive electrode they have managed to stabilize lithium-sulfur battery technology. That glucose additive was actually sugar and by incorporating it into the web-like architecture of the electrode they have stabilized the structure, preventing it from moving and blanketing the lithium electrode. The team was inspired by a 1988 geochemistry report that describes how sugar-based substances resist degradations in geological sediments by forming strong bonds with sulfides.

Test-cell prototypes constructed by the team have been shown to have a charge-discharge life of at least 1000 cycles, while still holding far more capacity than equivalent lithium-ion batteries. “So each charge lasts longer, extending the battery’s life,” said Ph.D. student Yingyi Huang in a university news release. “And manufacturing the batteries doesn’t require exotic, toxic, and expensive materials.”

Mahdokht Shaibani, a Monash researcher, said, “While many of the challenges on the cathode side of the battery has been solved by our team, there is still need for further innovation into the protection of the lithium metal anode to enable large-scale uptake of this promising technology – innovations that may be right around the corner.”

“In less than a decade, this technology could lead to vehicles including electric buses and trucks that can travel from Melbourne to Sydney without recharging. It could also enable innovation in delivery and agricultural drones where light weight is paramount,” said Professor Mainak Majumder, from the Department of Mechanical and Aerospace Engineering and Associate Director of the Monash Energy Institute.