Lead-Acid Zombies of the Battery World 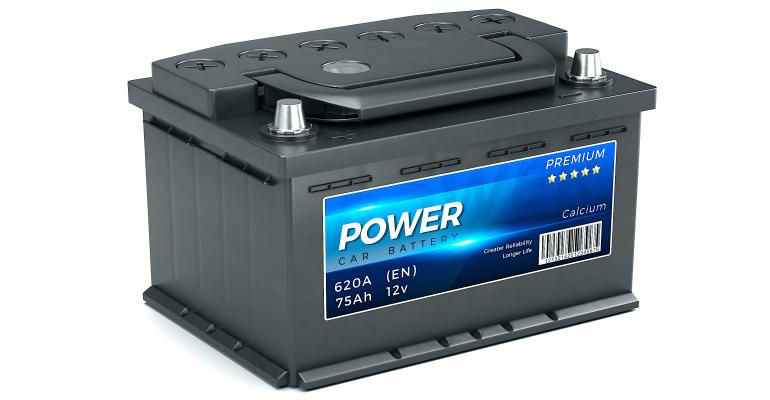 The lead-acid storage battery has been under development for more than 160 years—it’s still the primary choice for starting your car.
Lead-acid batteries have been around forever—it seems that they just will not die.

Under the hood of your car is a technology that has existed for more than 160 years. The 12-volt lead-acid battery is used for starting your car’s engine, providing power for lights, gauges, radios, and climate control. It is simple, rugged, inexpensive, and heavy, and by almost every measure should be just about obsolete in the modern automobile. Yet it hangs on—like an undead zombie who can’t or won’t be killed.

In 1859, French physician Gaston Plante created the lead-acid battery—the first battery that could be recharged by passing a reverse current through it. His first version was comprised of two lead sheets separated by rubber strips and rolled into a spiral. His early batteries were used to power the lights in train carriages while they were stopped at the station.

In 1881, French chemist Camille Alphonse Faure significantly improved the lead-acid battery. His battery was much easier to manufacture on an industrial scale. It consisted of a lead grid lattice, into which a lead oxide paste was pressed, forming a plate. Faure used sulfuric acid to create electrochemically active lead sulfates, giving his battery a higher capacity than earlier batteries.

The first major applications for lead-acid batteries were illumination for railway carriages, electrical equipment on ships, and providing electricity for the first radio transmitting and receiving experiments. With the advent of electrically-power cars, rechargeable lead-acid batteries provided the energy, and early gasoline-powered cars also used battery power for coil ignition systems and eventually for electric lighting. When electric self-starting of gasoline-powered cars became popular after 1911, the high current capability of lead-acid batteries soon made them the best, and really the only choice for automobile electrical systems.

Lead-acid batteries have continued to follow a slow but steady development path. In the 1920s, the lead plates were placed in a hard rubber case to provide better protection and acid and impact resistance. Early lead-acid batteries were of the six-volt variety, but by the end of the 1950s, twelve-volt batteries, which provided more cranking power for larger, higher compression engines, took over. Most of the innovations that came in the 1960s were directed to reducing the cost and increasing the power available from the battery. These innovations included thinner outer walls and interior separators, improvements in manufacturing techniques, and the adoption in the late 1960s of polypropylene outer cases.

Up until the late 1960s, lead-acid batteries were of the “flooded” kind. Liquid sulfuric acid surrounded the lead plates and the batteries needed to be kept upright to prevent the corrosive acid from spilling out. Sulfuric acid fumes and hydrogen gas were generated by the batteries, which meant that they needed to be kept in well-ventilated spaces. In the 1970s, valve-regulated lead-acid batteries (VRLA or “sealed” type) were developed. These batteries eliminated the sulfuric acid fumes and regulated the release of hydrogen through a valve, making them safer. Absorbed glass mat (AGM) batteries further increased safety by placing the acid into a mat to eliminate spilling. These AGM batteries can be mounted in any orientation.

When electric vehicles (EVs) became of interest in the late 1990s, the first versions of vehicles like the General Motors EV1 were powered by lead-acid batteries. They were heavy and could only carry limited amounts of energy, which translated to relatively poor performance and a short range between recharging.

But the battery world was changing. The development of lithium-ion batteries, at first for handheld electronic devices and laptop computers, but eventually for EVs has resulted in their dominance in new energy storage applications. Lithium-ion, with a specific energy density of 150-200 Wh/kg (compared to around 50 Wh/kg for lead-acid) and ultra-fast recharging times simply outperforms lead-acid batteries.

Which brings us back to the question: Why is this battery zombie still alive and well under the hood of our cars? As with so many things, it comes down to cost. A decade ago, the cost of a lithium-ion battery was about $1,200 per kilowatt-hour (kWh). Today, that cost has dropped to between $100 and $150 per kWh. This means that lithium-ion batteries, once far too expensive to replace lead-acid starting batteries, now look attractive, particularly in high-performance applications like racing cars or motorcycles, where their reduced weight provides advantages.

Although the auto industry has a reputation for embracing innovation, carmakers are often slow to make changes that cost money. Still, there is a growing aftermarket for lightweight high-performance twelve-volt lithium-ion batteries that can directly replace regular lead-acid batteries, particularly in RV, marine, and solar storage deep-cycle applications. A 12-volt, 100 amp-hour lithium-ion battery compared to a similar AGM deep cycle battery:

Although the costs for the lithium-ion battery are higher, the much greater number of recharge cycles means that it will last 4-5 times longer, making it a cost-effective choice over the long run. As prices continue to drop, it is just a matter of time before lead-acid is finally replaced in automotive applications. But it won’t die—lead-acid’s low cost, easy manufacturability, widespread recycling, and relative safety will make the age-old technology attractive for stationary applications where its weight and low energy density are not an issue. This battery zombie will live on.