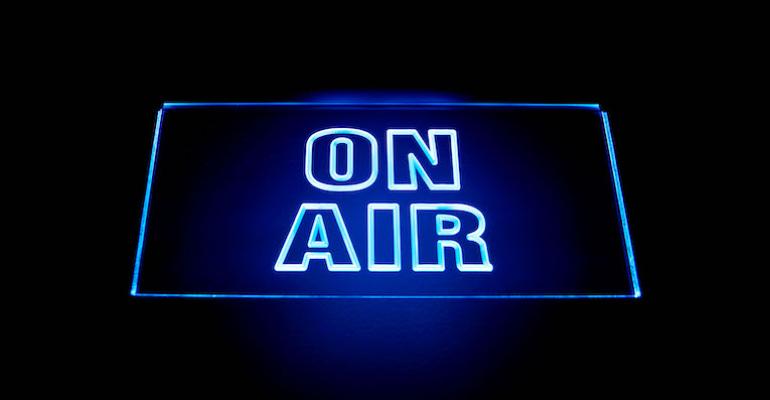 Researchers have achieved a new milestone in both energy density and cycle lifetime performance in an emerging type of battery that could one day be a replacement for lithium-ion devices.

Researchers at the National Institute for Materials Science (NIMS) in Japan, working with SoftBank Corp., have developed a lithium-air battery with an energy density of over 500 watt-hours per kilogram (Wh/kg) that can be charged and discharged at room temperature.

The development of the device—the energy density of which is significantly higher than the lithium-ion batteries currently used—paves the way for the manufacturing of lithium-air batteries for more widespread and even commercial use, researchers said.

Related: Ever Thought About the Parts of a Lithium-Ion Battery? Here, we do it for you

Though scientists long have known that lithium-air batteries have the potential to be widely used as rechargeable batteries, most of this potential has been theoretical.

However, the energy density of conventional lithium-ion batteries is beginning to reach its limits for the requirements of advanced energy storage devices, such as EVs and unmanned aerial vehicles, which slowly charge during the day and discharge overnight, researchers observed in an abstract for a paper on their work in the journal Materials Horizons.

NIMS Senior Researcher Shoichi Matsuda led the research team, which alongside many others is seeking alternatives to lithium-ion designs.

“Lithium-air batteries (LABs), which have the potential to achieve energy densities two to five times higher than those of LiBs, are potential candidates for next-generation rechargeable batteries for the above-mentioned application field,” researchers wrote.

In reality, however, only a few lithium-air batteries that demonstrate high energy density have actually been fabricated and developed, mainly because the devices tend to contain heavy inactive components (e.g., separators and electrolytes) that, although they don’t participate in its chemical reactions, weigh the devices down, they noted. 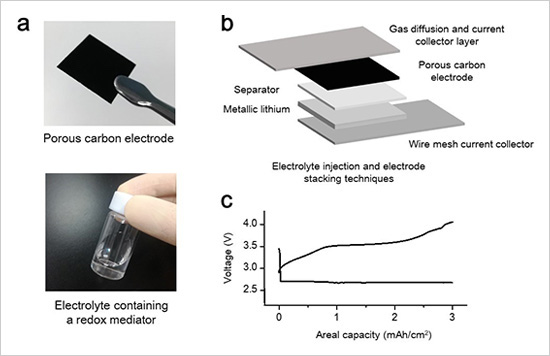 (a) New materials for lithium-air batteries developed by researchers at Japan’s National Institute for Materials Science (NIMS) and SoftBank Corp. (b) Cell fabrication technique developed by the NIMS-SoftBank Advanced Technologies Development Center. (c) Demonstration of stable discharge/charge cycles of lithium-air batteries with energy density over 500Wh/kg operated at the room-temperature

Matsuda’s team has been working at the NIMS-SoftBank Advanced Technologies Development Center to develop materials to bolster the performance of lithium-air batteries to develop devices that achieve their potential for high energy density. They also have developed a technique to fabricate these devices for a variety of applications, they said.

“During discharge, the dissolution of Li metal proceeds at the negative electrode,” researchers explained in their paper. “The generated electrons are transferred to the positive electrode through an external circuit and used for the reduction of atmospheric oxygen, forming insoluble Li2O2 as a discharge product.”

In their work, researchers discovered that previously, devices could not achieve their potential for high energy density above 300 Wh/kg because either the cell contained an excess amount of electrolyte and/or the cell was operated at relatively small areal capacity conditions, they said.

To create their device, then, researchers achieved a balance in controlling the amount of the electrolyte against the areal capacity of the device, they revealed in their paper.

The team is currently working on higher-performance battery materials and plans to integrate them into the newly developed lithium-air battery to bolster its battery cycle life further, researchers said. They then aim to expedite efforts to put the battery into practical use at the NIMS-SoftBank Advanced Technologies Development Center on its way to commercial viability.

Could EVs Use This New Lithium-Sulfur Battery to get Greater Range?
Sep 15, 2021