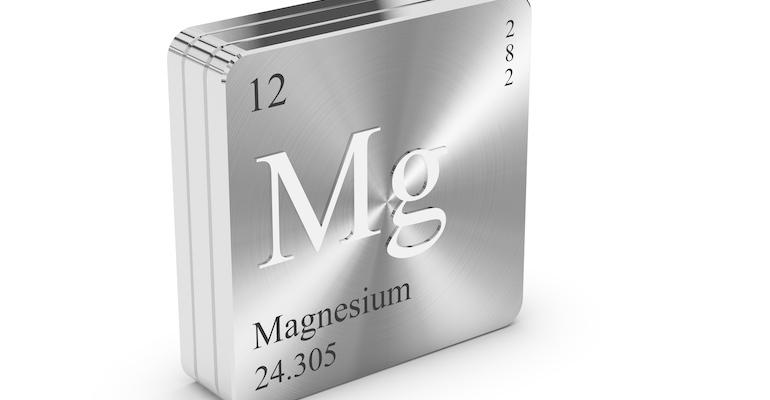 Researchers have found another potential candidate to remedy the safety issues that plague lithium-ion battery designs in a new magnesium battery that has a power density on par with commercial devices. Researchers from the University of Houston and the Toyota Research Institute of North America (TRINA) have invented a new cathode and electrolyte that meets the challenges magnesium batteries have faced to providing the power needed to compete with lithium-ion designs.

Specifically, the technology solves the complex chemistry that previously prevented magnesium batteries from operating optimally at room temperature, said Yan Yao, a professor of electrical and computer engineering at the university. While magnesium batteries have long been considered a potentially safer and less expensive alternative to lithium-ion batteries, power limitations and the means to solve them have not been viable.

Magnesium ions hold twice the charge of lithium within a similar ionic radius. This makes the processes of magnesium dissociation from electrolytes and its diffusion in the electrode—needed to take place in classical intercalation cathodes--sluggish at room temperature, which in turn leads to low power performance, Yao said.

While scientists have tried to fix this problem by either improving the chemical reactions at elevated temperatures or circumventing the difficulties by storing magnesium cation in its complex forms, the approaches have so far not been practical to developing a commercial battery for widespread use.

Yao’s team solved this problem by demonstrating “a heterogeneous enolization redox chemistry” to develop a cathode unhindered by “the ionic dissociation and solid-state diffusion challenges that have prevented magnesium batteries from operating efficiently at room temperature,” he said in a press statement. “This new class of redox chemistry bypasses the need of solid-state intercalation while solely storing magnesium, instead of its complex forms, creating a new paradigm in magnesium battery electrode design."

The work builds upon previous research into developing magnesium batteries that Yao and his team completed and documented in 2018 in the journal Joule. TRINA researchers also have made advancements in developing useful electrolytes based on boron cluster anions for magnesium batteries. However, these electrolytes had limitations in supporting high battery cycling rates, said Rana Mohtadi, a principal scientist in the materials research department at TRINA, who worked with Yao’s team on the latest technology.

“We had hints that electrolytes based on these weakly coordinating anions in principle could have the potential to support very high cycling rates, so we worked on tweaking their properties,” she said in a press statement. “We tackled this by turning our attention to the solvent in order to reduce its binding to the magnesium ions and improve the bulk transport kinetics.”

After tweaking the chemistry, the result is that the new battery has a higher power density than previous magnesium batteries of nearly two orders of magnitude, researchers said. Moreover, it can continue operating for more than 200 cycles with about 82 percent capacity retention, which shows stability, Mohtadi said.

“We were fascinated that the magnesium plated from the modified electrolyte remained smooth even under ultrahigh cycling rates,” she said in a press statement. “We believe this unveils a new facet in magnesium battery electrochemistry.”

Researchers published a paper on their research in the journal Nature Energy.

The team aims to improve the battery’s cycling stability further by tailoring the properties of the membrane with enhanced intermediate trapping capability.