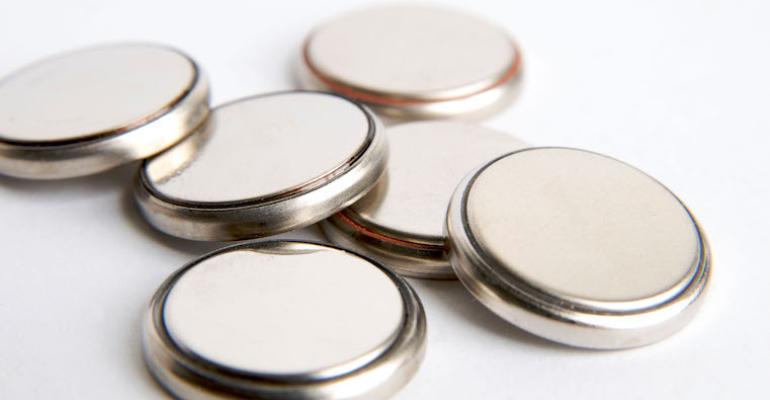 Researchers in China solve the problem of unstable voltage output typically found in devices made with the highly conductive 2D material.

Researchers have solved a problem with a 2D material that stores energy with extreme speed to pave a way for its use in next-generation batteries with unprecedented power, they said.

Scientists long have known the potential to use MXene, a carbon-based material similar to graphene but with even higher conductivity and a high surface area, in electronic applications. However, devices made with MXene, though featuring a high rate of energy storage, have typically shown unstable voltage output, limiting the material’s use.

The reason for MXene’s instability in voltage output has been attributed to a distinct discharge voltage plateau, which means electrodes made with the material discharge with a rapidly descending output voltage. This shortcoming deteriorates Mxene’s energy density and the stable energy output at desired high voltage regions, leading to limited energy density--typically less than 100 Watt-hour per kilogram (Wh kg), researchers said.

Related: This Novel Dry Electrode Process Might Prove to be a Battery Cost Saver

“The absence of distinct voltage plateaus deteriorates MXene electrodes’ capacities and energy densities, which limit their potential as high-performance batteries,” Zhi explained in a press statement. 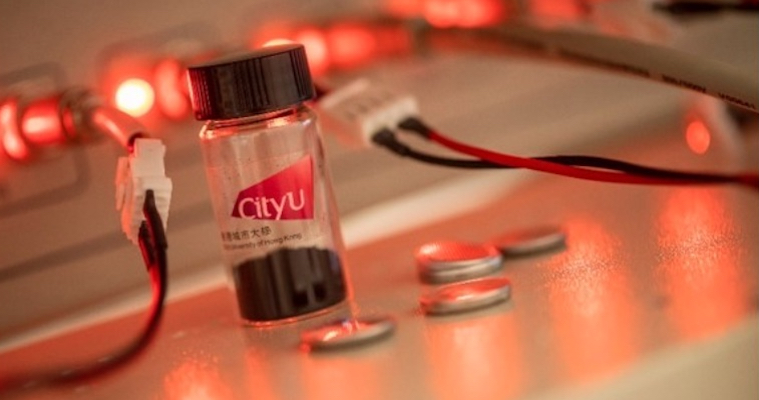 Researchers from the City University of Hong Kong leveraged a high-voltage scanning strategy to develop MXene-based electrodes with stable voltage output and high energy density. MXene is pictured as black material inside the bottle; batteries developed using the electrodes are the silver disks, and behind the bottle is the battery testing system

To overcome this problem of unstable energy output, researchers successfully developed battery-type Nb2CTx MXene electrodes, which have different electrochemical properties than previous electrodes made with MXene, they said.

Under a high-voltage scanning up to 2.4V, the Nb2CTx MXene electrodes showed typical battery-type features that differ from both the ones produced under low voltage, and also other previously reported MXene systems, researchers said.

They also outfitted the MXene used in the device with a flat and stable discharge plateau of 1.55V to boost the electrodes’ energy density, achieving a record-level energy density among all aqueous Mxene electrodes of 146.7 Wh kg, researchers reported.

In their observations of the electrodes using this scanning, researchers discovered that the Nb2CTx/Zn battery developed using them could exhibit superior rate capability, durable cyclic performance, and high-energy-density, they said.

Researchers published a paper on their work in the journal Joule.

The team hopes its findings will inspire more researchers to explore the unrevealed electrochemical properties of the MXene family for future devices, Zhi said.

“Two-dimensional MXene, featured by fast surficial redox and high-rate energy storage, have outstanding energy-storage performances,” he said in a press statement. “With the stable voltage output and greatly enhanced energy density, MXene-based energy storage devices are one step closer to the goal of practical application.”