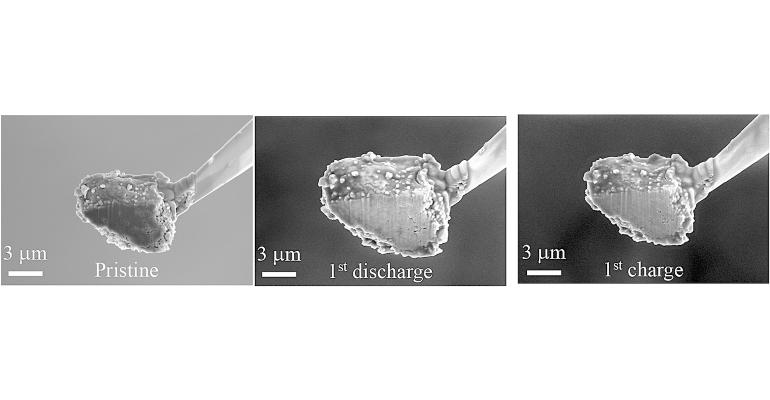 As electric vehicles (EV) have finally begun to gain public interest, the push to improve range without increasing battery pack size and weight mean that batteries need to store more energy. Presently, lithium-ion chemistries make up the battery of choice, and improving their performance through improved electrochemistry and new materials is a primary goal.

As a quick review, lithium-ion batteries have several components, each of which plays a vital role in battery performance and safety. A negative electrode (the anode) is usually made from layers of carbon graphite and, during charging stores lithium ions between the layers in a process called intercalation. The positive electrode (the cathode) is made up of a metal oxide, either an iron and phosphorous combination in an LFP cathode or higher power batteries, nickel combined with cobalt, and either manganese (NCM) or aluminum (NCA). Between the anode and the cathode is a flammable organic solvent that allows the flow of lithium ions between the anode and cathode during battery charging and discharging.

Although much research has focussed on the cathode in an effort to reduce expensive cobalt and improve its ability to store lithium ions during battery discharge, the anode has also recently received attention.

Graphite’s big advantage is its use as an anode material in that its structure does not expand very much when lithium ions are intercalated between its layers. This makes a battery that is stable and can last several thousands of charge and discharge cycles during its lifetime. The downside with graphite is that it has a relatively low theoretical energy capacity, so the potential for greater energy storage is limited.

Two materials that are under examination for next-generation battery anodes are silicon and phosphorous. Each has a theoretical energy capacity when used in a lithium-ion battery that is ten times greater than graphite.

Argonne National Laboratory (ANL) is researching each of these materials and according to senior materials scientist and Argonne Distinguished Fellow Khalil Amine, silicon has two major issues. The first issue involves the high-volume expansion when lithium ions enter silicon during charging, which dramatically increases the volume of the anode and would likely cause the anode material to break apart. Cracking would lead to a loss of energy capacity, he explained.

The second issue involves a term called initial coulombic efficiency (ICE). As Amine explains it, when a battery goes through a full charge-discharge cycle, the charge output of the battery theoretically should match the charge input. However, some energy in the charge output is lost to the lithium reacting with the anode material. To develop a practical lithium-ion battery, the ratio of the charge output compared to the charge input on the first charge-discharge cycle should be above 90%. An ICE of more than 90% demonstrates that very few side reactions occur between the anode material and the electrolyte, so not much lithium is lost during the initial charging and discharging. With silicon, the ICE is less than 80%, which Amine explained renders it infeasible for practical use.

In their research, Amine, Argonne chemist Gui-Liang Xu, and their team also considered two types of phosphorus: black and red phosphorus. They created an anode composite composed primarily of black phosphorus — a highly conductive form of phosphorus with a high theoretical capacity — and conductive carbon compounds. As described in an ANL news release, to create the composite, the researchers ground the bulk phosphorus material and conductive carbon into particles that were micrometer-sized, increasing the density of the anode. “Phosphorus has a very high energy capacity,” Xu said. ​ “When we explored the material, we found that our anode material has a very high ICE of more than 90%.”

It is too early to say whether the red phosphorous anode will be able to achieve any commercial success, but the ANL team is hopeful. ​ “We’re trying to initiate collaboration with industry partners so we can scale up this material, so it can be commercialized in the future,” said Xu.