Porsche Invests in Silicon-Carbon for the Future of Battery Technology 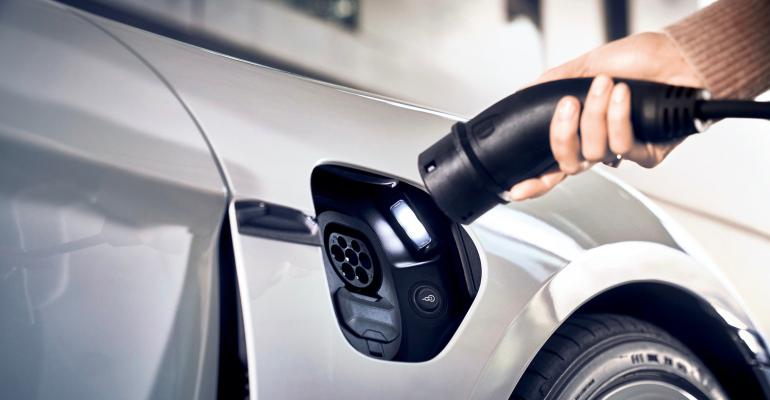 As the automotive industry shifts heavily to electric vehicles (EVs), concerns about range are a major sticking point for consumers and companies alike. To assuage these concerns, companies are investing heavily in new, transformative battery technologies that hold the promise of improved cost, efficiency, and capacity.

One of these technologies is silicon-carbon, a promising material for the development of anodes in lithium-ion batteries. This week, Porsche made headlines when it announced a $100-million investment in Group14, a company known for its silicon-carbon battery technologies.

Since the creation of the lithium-ion battery, graphite has arguably been the most important anode material available.

Thanks to an impressive balance of energy and power density, low cost, abundance, and long life cycle, graphite has been the anode material of choice in most lithium-ion batteries. However, applications like electric vehicles are pushing today's batteries to new limits, and a result is that graphite-based lithium-ion batteries may no longer be the best solution.

The challenge is that, for greater range, we need batteries with greater capacity, and graphite-based batteries are quickly approaching their theoretical limits. This is largely due to the material limits of graphite anodes, which have a specific capacity of about 350 mAh/g, resulting in Li-ion batteries with a maximum specific energy of slightly over 160 Wh/kg. So far, this has been good enough, but experts claim that if we want to increase the range of EVs, we need battery technologies with at least double the capacity of graphite anodes.

Hence, for the industry to push EVs to the next level, companies are looking into alternative solutions to replace graphite anodes.

One material that has shown promise as a replacement for graphite is silicon-carbon.

Silicon-carbon is a composite material that consists of a specific ratio of the two materials to achieve an impressive combination of both energy density and stability. Owing to silicon’s ability to bond with 10 times more lithium ions by weight than graphite, the silicon-carbon anode offers a theoretical capacity that is 10x greater than its graphite counterpart.

Because of this, silicon-carbon anodes can theoretically enable lithium-ion batteries with up to 1.5 times the capacity, or an equivalent 30%–40% decrease in cost, as compared with conventional solutions. However, a significant challenge with silicon-based anodes is their tendency to swell and degrade over time, causing them to be unreliable and dangerous for use in EVs.

For this reason, some companies are investing heavily in discovering ways to harness silicon’s potential while mitigating its instability.

This week, Porsche gave further validation to silicon-carbon technology when it announced a new $100-million investment in silicon-carbon company Group14.

Group14 is a US-based company that has developed proprietary silicon-carbon technologies that it claims can achieve a 50% improvement in battery capacity over conventional solutions. The backbone of the company is its SCC55 technology, a unique silicon-carbon powder that leverages a carbon scaffold with silicon-containing gas to produce a carbon compound infused with silicon particles on the nanoscale. This topology results in a high–energy density anode with the benefit of extra stability and longevity thanks to the carbon scaffolding.

According to Group14, its material is tunable by design and a drop-in solution for existing battery technologies. This gives the company the increased advantage of ease-of-use by eliminating many barriers to entry that new technologies generally present.

Now, with a Series C round reaching $400 million, Group14 has stated that it will focus on further developing its technology and manufacturing efforts, with new factories in South Korea coming by the end of 2022.

Impact on the EV Industry

With a $100M investment into Group14, Porsche has made a big bet on silicon-carbon being the battery technology for the future of EVs.

On the micro-level, we can at least expect that Porsche plans to use this technology in future versions of its EVs. On a larger scale, this could be indicative of a big trend in the industry, where other automotive companies begin ditching graphite-based batteries in favor of silicon-carbon.