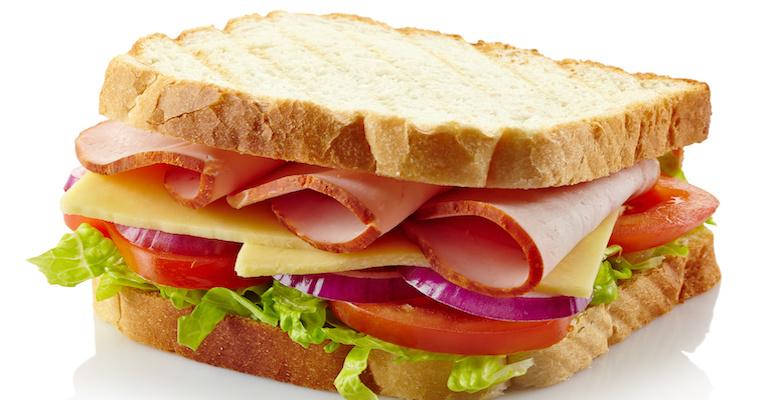 A sandwich approach could solve the problem of developing an affordable and stable energy source for EVs.

Researchers still haven’t cracked the code of making the ideal electric-vehicle (EV) battery that is light, cheap, and charges fast. However, researchers at Harvard University may be getting closer to the solution with a new solid-state lithium-metal battery that can last at least 10,000 cycles and support energy-dense applications.

The team in Harvard’s John A. Paulson School of Engineering and Applied Sciences (SEAS), like many battery scientists, have been seeking to harness the potential of these types of batteries because of certain advantages they have over typical liquid-electrolyte lithium-ion designs--which so far have fallen short of what EVs need to compete on par with cars powered on fossil fuels.

Solid-state, lithium-metal batteries can hold significantly more energy in the same volume as other batteries, as well as charge in a much shorter time. However, they have lacked in stability, which is why they are still not as widely used as lithium-metal batteries that use liquid electrolytes, said Xin Li, Associate Professor of Materials Science at SEAS.

“Our research shows that the solid-state battery could be fundamentally different from the commercial liquid electrolyte lithium-ion battery,” Li said in a press statement. “By studying their fundamental thermodynamics, we can unlock superior performance and harness their abundant opportunities.” 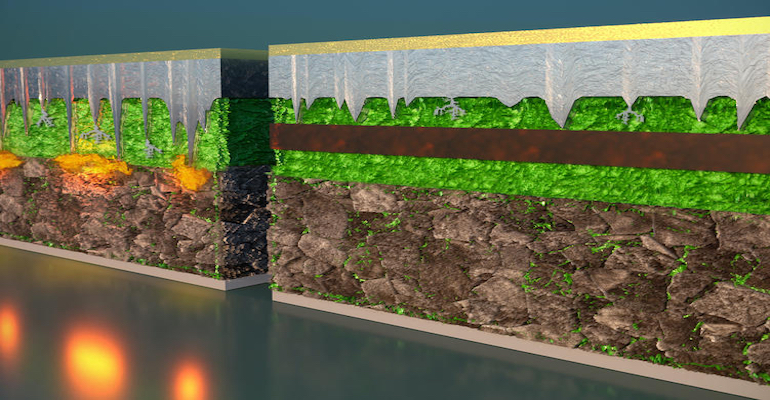 Graphic shows the design of a new lithium-metal solid-state battery from Harvard University scientists. The first electrolyte (green) is more stable with lithium but prone to dendrite penetration. The second electrolyte, (brown) is less stable with lithium but appears immune to dendrites. In this design, dendrites are allowed to grow through the graphite and first electrolyte but are stopped when they reach the second.

The team has done that with a new, stable lithium-metal solid-state battery designed by Li and his team, which solves one of the key challenges that have plagued these types of batteries in the past, researchers said.

That challenge is dendrite formation, which already is a well-known problem that can lead to catastrophic failure—in the form of fire or an explosion—in a battery that uses an anode of lithium metal. Dendrites are needle-like structures that form on the anode and extend into the electrolyte, piercing the barrier separating the anode and cathode.

Li and his team took a “sandwich” approach to their design, creating a multilayer battery that stacks different materials of varying stabilities between the anode and cathode, he said. While this prevents dendrites from penetrating the cathode, it doesn’t stop them altogether; however, they are controlled and contained, leading to stability, Li said.

The combination of two electrolyte materials used in the battery is what makes the successful formula, researchers said. One, which has the chemical name Li5.5PS4.5Cl1.5 or LPSCI, is more stable with lithium but prone to dendrite penetration. The second electrolyte, Li10Ge1P2S12 or LGPS, is less stable with lithium but appears immune to dendrites.

The design works like this: Dendrites can grow through the graphite and first electrolyte, but then can’t go any further because they are stopped by the second material. This prevents them from pushing through and potentially shorting the battery, researchers said.

In this way, researchers incorporate instability into the battery, which may seem counterintuitive but acts similar to an anchor guiding and controlling a screw going into a wall, they said.

“The difference is that our anchor quickly becomes too tight for the dendrite to drill through, so the dendrite growth is stopped,” Li explained.

Researchers published a paper on their device in the journal Nature.

In tests, researchers said the battery could be cycled at least 10,000 times at a high-current density, which shows it can last much longer than current lithium-metal solid-state designs, they said.

It also features self-healing capability; its chemistry allows it to backfill holes created by the dendrites, researchers added.

“This proof-of-concept design shows that lithium-metal solid-state batteries could be competitive with commercial lithium-ion batteries,” Li said in a press statement. “And the flexibility and versatility of our multilayer design makes it potentially compatible with mass production procedures in the battery industry.”

Among the next steps researchers plan for the device—in addition to overcoming “some practical challenges”--include scaling it for commercial production, which “won’t be easy,” Li added.