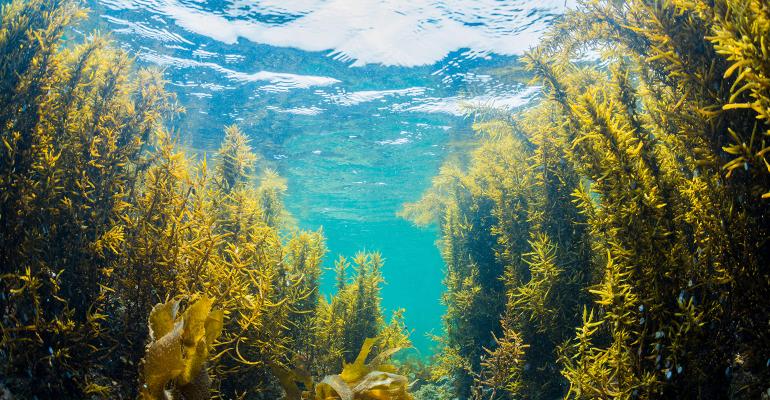 Researchers have used seaweed to create a new battery separator for sodium-metal batteries.
Creating a separator from naturally derived nanomaterials prevents the formation of dendrites as well as demonstrates performance gains.

Researchers have used a naturally abundant material to create a new battery component as a way to develop safer and more environmentally-friendly energy storage for large-scale applications, they said.

A team from the University of Bristol created a battery separator using nanomaterials derived from seaweed for sodium-metal batteries, which scientists are eyeing as high-energy and low-cost energy storage systems for future applications that demand powerful batteries, they said.

One problem that scientists have faced with the development of sodium-metal batteries is that they are prone to forming dendrites, which pierce through the separator that keeps the anode and cathode apart.

“The aim of a separator is to separate the functioning parts of a battery—the plus and the minus ends—and allow free transport of the charge,” said Jing Wang, a PhD student in the Bristol Composites Institute (BCI), who worked on the research.

Breaching this, then, disturbs the chemical ecosystem of the battery and can result in short-circuiting or even, in extreme cases, cause the battery to catch fire or explode. Researchers already have been examining several strategies to try to curb the formation of these harmful dendrites.

The Bristol team—working with fellow scientists from Imperial College and University College London—now have added another possible solution with the seaweed-based separator.

Researchers discovered that fibers that contain seaweed-derived nanomaterials can serve a dual purpose in a battery when used to build a separator. Not only do they stop crystals from the sodium electrodes from penetrating the separator and short-circuiting the battery, they also improve battery performance by allowing for greater storage capacity and efficiency, researchers said.

The team reported "unprecedented long-term cycling performances at high current densities" with their battery, as well as a high energy density and prolonged cyclability over 1000 cycles, researchers reported in a paper on their work in the journal Advanced Materials.

These performance gains can increase the lifetime of batteries—"something which is key to powering devices such as mobile phones for much longer,” Wang said.

While the current design " demonstrates that greener forms of energy storage are possible," researchers don't plan to stop there, said Steve Eichhorn, the professor who led the research at the Bristol Composites Institute.

They hope to continue to solve future challenges with more sustainable battery technologies by upscaling the production of the materials necessary to make them, as well as supplanting current lithium-based technology, researchers said.