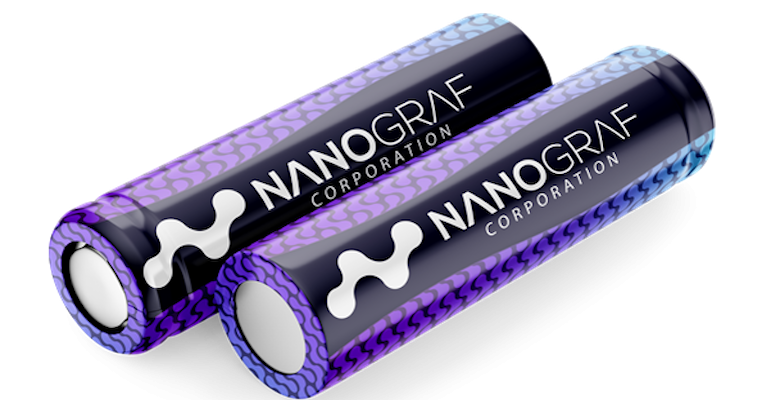 A modern soldier carries almost 20 pounds of lithium-ion batteries into battle to power communications systems, goggles, and other electronic devices that help them achieve their mission. Lithium-ion batteries are more powerful and weigh less than previous battery systems however carrying their weight still can result in fatigue and slow down an army.

NanoGraf, an advanced battery materials company has won a $1 million development contract from the Department of Defense (DoD) to produce a more powerful, longer-lasting 4.3Ah lithium-ion battery with a capacity of 870 watt-hours per liter (Wh/L). The cell will provide U.S. military personnel with enhanced run-time for the equipment they rely on to operate safely and efficiently. In 2021, the company developed a 3.8Ah 18650 cylindrical lithium-ion cell, with what was then a segment-leading capacity of 800 watt-hours per liter (Wh/L). The 3.8Ah cell will go into volume production in the Spring of 2022.

“When people talk about range anxiety with electric vehicles, it’s about the inconvenience, whereas in the military, it can be about life or death,” said Dr. Francis Wang, CEO of NanoGraf in a company news release.  “We’re honored to have this opportunity to enable enhanced survivability and effectiveness to our Soldiers and Warfighters with greater runtimes for their critical electronic devices.”

NanoGraf Technologies has a novel high energy density silicon-based anode material that replaces the graphite-based anodes in lithium-ion batteries for a range of applications, from consumer electronics to electric vehicles. The technology was developed, optimized, and patented working in collaboration with researchers at Northwestern University and Argonne National Laboratory.

NanoGraf uses a proprietary doped silicon alloy material architecture to achieve its performance and to solution to long-standing Si anode technical hurdles such as changes in the anode volume during charging and discharging cycles. The proprietary combination of silicon-based alloys and a protective inorganic and organic coating helps stabilize the active material.

Current graphite-based anodes offer a capacity of 372 milliamp-hours per gram (mAh/g), according to the company the NanoGraf anode material can be customized to achieve capacities between 550 mAh/g and over 1400 mAh/g, delivering higher cell level energy density and rate capabilities for high discharge applications.

Two Into One: Solid-State Lithium Batteries with a Silicon Anode
Oct 06, 2021