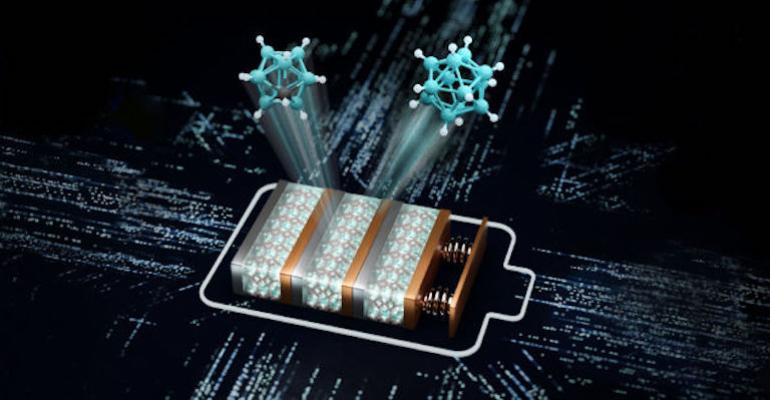 The solid electrolyte developed by a team of researchers at the University of Geneva (UNIGE) lets the ions move efficiently within the sodium batteries
Researchers aim to solve a key challenge in developing sodium-based devices by modifying a known material to bolster its conductivity.

Using sodium to replace lithium in battery chemistries is one solution scientists have been eyeing for some time to solve the challenges of trying to sustain the production of energy-storage devices for the future.

However, sodium batteries still have challenges that must be solved before they will be on par with current lithium-ion devices in terms of efficiency and other performance factors. One of these is that sodium ions do not move so readily through the liquid electrolytes typically used by lithium-ion batteries.

Related: Can Ice Structure Anodes for Sodium and Potassium Batteries?

Researchers at the University of Geneva (UNIGE) have come up with what they said is a solution for the efficiency problem with the development of a new solid electrolyte for sodium-based batteries that can move sodium ions more easily, thus creating the potential for more efficient devices.

A team led by UNIGE Professor Radovan Cerny modified the crystal structure of a material composed of carbon, boron, and hydrogen called carbo hydridoborate to create a viable electrolyte for sodium batteries that moves ions more efficiently. The group then tested the electrolyte, identifying the pressure to be applied to the battery for it to operate in an optimal way, researchers said.

Lithium-ion batteries have become the de facto standard for batteries, but several challenges using lithium faces for future designs. Not the least of them is that lithium is a somewhat limited natural resource.

The liquid electrolyte of lithium-ion batteries can also sometimes leak from its container within the device, leading to the dangerous scenario of fires or explosions.

Sodium, however, is far more easily acquired, more abundant, and also can be easily recycled, making it a good candidate to replace lithium in future battery chemistries. It also is safer to work with than lithium.

However, to develop sodium-based batteries is an entirely new production process for scientists, making them “reluctant to embark on this less familiar technology,” explained Fabrizio Murgia, a researcher in the crystallography laboratory of the UNIGE Faculty of Science, in a press statement.

Still, researchers have already come up with several designs that use sodium to replace lithium, with varying degrees of success. In the work of the UNIGE team, researchers developed a new solid electrolyte comprised of a material used previously for this component—a hydridoborate, which is a combination of boron and hydrogen—but with a modified structure.

Specifically, researchers modified the structure of sodium carbo-hydridoborate to make it conductive, Cerny explained, making it more efficient in its transport of sodium ions.

To achieve this result, the research team subjected the compound to high shocks, generating high temperatures, inside a ball mill—an energy-efficient method the team borrowed from the cement industry, where it is used widely, he said.

Researchers published a paper on this project in the journal ACS Applied Materials & Interfaces.

Researchers then tested the novel solid electrolyte in a sodium-based battery to determine its position in the device so it could stay firmly in place while still in contact with both the positive and negative battery electrodes—i.e., the anode and cathode.

To achieve this positioning requires the right amount of pressure to be applied using screws or springs, which researchers sought to specify. The team experimented with a prototype device and found that ideal pressure should be around 400 atmospheres, which is equivalent to the pressure underwater at a depth of 4,000 meters. A few turns of a screw can apply this optimal pressure, they said.

A separate paper published in the journal Advanced Materials Interfaces details this aspect of the team’s work.

Together, the two discoveries of the team pave the way for easier mass production of sodium batteries, thus charting an easier path to industry adoption, Murgia said.

“Because of the slightly heavier weight of these batteries, they could be used primarily to power cars,” he said in a press statement. “The cost-effectiveness of manufacturing them has also yet to be assessed but it is now important that industry realize that the material we have discovered is really interesting.”

Replacing the Graphite Anode Improves Cost, Performance of This Sodium Battery
May 16, 2021