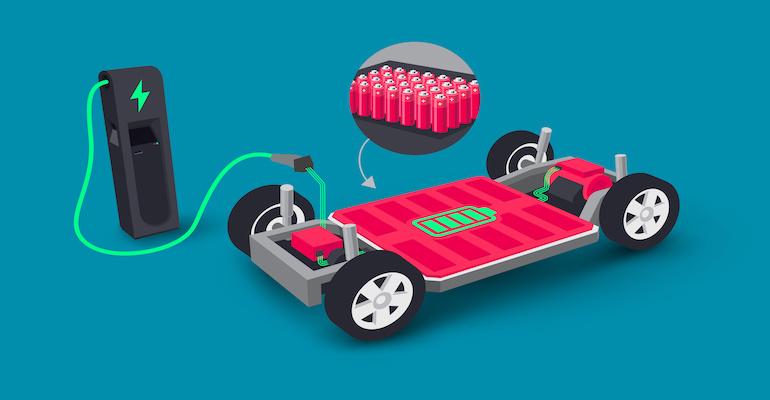 Taking a step back to figure out what direction solid-state battery research needs to go.

Every once in a while, when doing research and development, it is useful to step back and ponder the questions that still need to be answered if progress is to be made. Solid-state lithium metal batteries might have the potential to replace present commercial lithium-ion batteries, particularly in applications like electric vehicles (EVs) where high energy density is required.

In a solid-state lithium battery, the conventional graphite anode that stores lithium ions during charging and releases them during discharging is replaced with a thin foil of lithium metal. The carbon graphite anode has imposed a limitation on the number of lithium ions that can be stored while charging, while lithium metal can supply a vastly greater number, increasing energy density by a factor of between three and five times.

The problem with replacing the graphite anode with lithium metal is that needle-like crystals of lithium, called dendrites can form on the metal anode surface during charging. These dendrites can grow large enough to short-out the battery and cause a fire. The solution to dendrite formation is to replace the liquid electrolyte with a solid made from either a polymer or ceramic material. This solid electrolyte must be capable of allowing the transport of lithium ions between the anode and cathode, but as the liquid electrolyte is highly flammable replacing it with an inflammable solid has the potential to also improve the safety of the battery cell.

As exciting as solid-state lithium metal batteries appear to be, they are not without their challenges. Two University of Michigan (U-M) associate professors of mechanical engineering, Jeff Sakamoto and Neil Dasgupta, have both been leading researchers on lithium metal, solid-state batteries over the past decade. In a story in the journal Joule, Sakamoto, and Dasgupta, working with auto industry leaders, have laid out the main questions facing the technology.

“Tremendous progress in advancing lithium metal solid-state batteries was made over the last decade,” Sakamoto said. “However, several challenges remain on the path to commercializing the technology, especially for EVs.” According to a U-M news release, the questions that need to be answered to capitalize on that potential include:

Finding answers to these questions could result in a significant payoff. Aside from the potential for doubling EV range for the same size battery, according to the U-M researchers, solid-state lithium batteries should be able to do without heavy and bulky battery management systems—required with current lithium-ion batteries to minimize the risk of onboard fires. Using lithium metal for the battery anode along with a ceramic for the electrolyte dramatically reduces the potential for battery fires.

But first, the key questions about this promising development need to be answered before it can make the jump from the laboratory to manufacturing facilities, according to University of Michigan researchers. And with efforts to bring electric vehicles to a larger part of the population, they say, those questions need answering quickly.