Solid State May Not Be Ready For Prime Time 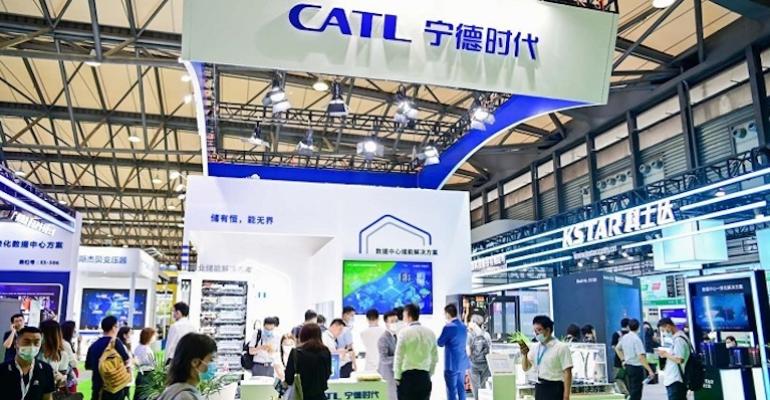 One of the most over-hyped innovations in energy storage might be the solid-state lithium metal battery. That is one of the conclusions that can be drawn from a recent response by the world’s largest battery maker CATL to questions about production capacity and new technologies posed by the Shenzhen Stock Exchange. According to CnEVPost, CATL plans to raise large amounts of money through the exchange but was first required to respond to questions relating to the risks involved in its operations and capacity expansions.

Related: Solving One of the Barriers to Commercializing Solid-State Batteries

Present-day lithium-ion batteries are the mainstay of personal electronics and electric vehicles (EVs) and are becoming more popular in stationary storage applications to balance the output of intermittent renewable power resources like wind and solar. Commercial lithium-ion cells use a metal oxide cathode (often made with nickel, manganese, and cobalt) as a cathode with a graphite anode that stores lithium atoms between layers of carbon. A liquid electrolyte made from flammable organic solvents allows the flow of lithium ions between the cathode and anode.

The limiting factor in lithium-ion batteries is the amount of lithium that can be stored within the graphite anode when the battery is charged. Replacing the graphite with a strip of lithium metal can provide vastly more lithium ions to be stored during charging and returned during discharging, but the liquid electrolyte allows spikey crystals of lithium, called dendrites, to form on the surface of the metallic lithium anode. These dendrites can grow large enough to short the battery cell and cause a fire.

One solution is to replace the liquid electrolyte with a solid ceramic or polymer material that suppresses the growth of dendrites while also allowing the lithium metal anode to provide a vastly greater number of lithium ions for the electrochemical reaction. Estimates are that a solid-state battery of this sort could provide two to three times the energy density of a present-day commercial lithium-ion battery cell. The problems are that solid electrolytes are proving difficult to manufacture (especially on existing battery manufacturing machinery) and the diffusion rate of lithium ions through solid electrolytes is slower than the rate through a liquid, limiting the overall battery performance.

Despite these limitations, there has been no shortage of enthusiasm for solid-state batteries with predictions that the technology will be widespread as soon as 2025.

According to CnEVPost however, CATL has said, “These new technologies are subject to cost economics, performance indicators, and industry chain support constraints, and it will take a long time from technical problem solving, customer certification approval to mass production,” adding that they are still some distance away from achieving mature commercial applications.

More than a Decade Away

CATL’s announcement cited a previous speech by Ouyang Minggao, an academician at the Chinese Academy of Sciences, who said it would take about 10 years for solid-state battery technology to achieve large-scale application and have a significant impact on the market landscape.

CATL noted that the first generation of solid-state batteries, which have roughly the same energy as current lithium-ion batteries, is expected to emerge by 2025, with their market share approaching 1% by 2030. Presumably, car companies like Toyota and Honda, who have announced that their EVs will be powered by solid-state lithium batteries by 2025, and Nissan who predicts solid-state production by 2028 will use this first-generation technology.

There is no doubt that battery companies large and small, startups, and university research teams are all devoting vast time and resources to making solid-state lithium batteries work. It’s possible that a breakthrough might occur, but realistically, when one of the world’s largest makers of lithium-ion batteries says that really effective solid-state batteries are still more than a decade away, perhaps we should listen.