Successful EV Batteries Depend on Changes in Manufacturing, Materials 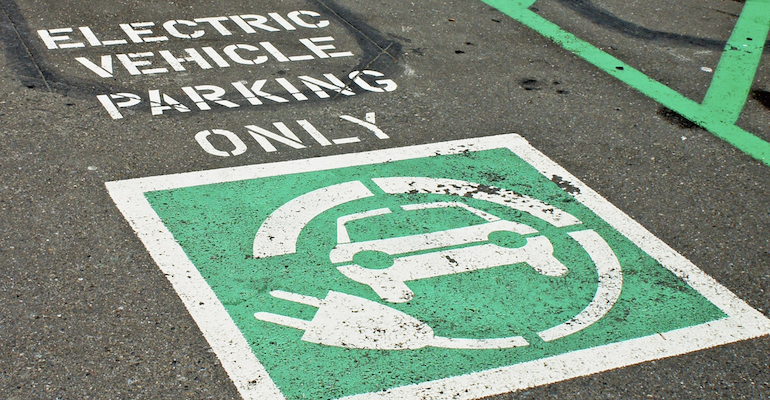 Manufacturers can use this tool developed by researchers at the University of Michigan to improve and scale up domestic production of EV batteries.

With world leaders seeking alternatives to fossil fuels, the sale of electric vehicles (EVs) is poised to boom. And when developing batteries optimized for the performance of these automobiles, every step of the manufacturing process becomes crucial.

This is one of the reasons why researchers at the University of Michigan have developed a method that can predict how changes to fabrication processes and materials used in them will impact the lifespan of EV batteries.

A team of engineers worked with something called resistance measurement within the battery to determine how long a battery will last. This measurement can be done for very little or even no cost and in mere seconds near the end of the manufacturing process.

The method they developed requires only one resistance measurement—or a measure of how much the battery fights the flow of current inside it, researchers said. That resistance can come from the materials used for internal battery components, or electrochemical factors that affect how well ions move between the battery electrodes, they said.

Related: Grid Storage Can Be Improved Using This New Method To Optimize Materials

However, to use the measurement to predict how the manufacturing process and materials affect the battery lifetime, it must be down when the battery is at a low level of charge, said Andrew Weng, a doctoral student in mechanical engineering at the university.

“The resistance measurement, at low state of charge, can, in principle, be obtained without any cycling, making the model training process much faster,” he said in a press statement.

Resistance is an important signal to how long a battery will last because it indicates how much lithium merged with the liquid electrolyte that ferries ions from one electrode to the other inside the battery, researchers explained. That combination layer, known as the solid electrolyte interphase, can protect the surface of the electrode and enable the battery to last longer.

Previous research has already shown that it is possible to predict battery lifespan using resistance measurement models. However, it required repeated cycles of battery charging, discharging, and recharging for researchers to collect the data needed to train the algorithm taking the measurements.

The University of Michigan team’s study now has shown that accurate battery lifetimes can be predicted with the help of one resistance measurement, they said. Researchers described their process in a paper published in the journal Joule.

Their work can provide a quick measure of the interphase protective layer, as well as the operating capacity of the battery, giving automakers a useful tool for batteries coming off the production line, researchers said.

“Carmakers are always trying to decrease the cost of producing cars, and right now, they’re looking to make EV batteries as cost-effective as possible,” noted Ann Stefanopoulou, a professor of technology at the University of Michigan and the research team’s leader. “So the question we’ve tried to answer is ‘How fast can you learn about battery lifetime during the manufacturing process itself?’”

That answer, she said, is immediately—but only if manufacturers recognize the critical signal that can be acquired in high-throughput testing.

“Finding such key measurable features can be simply used for continuous improvements and scaling up domestic battery manufacturing,” Stefanopoulou said.