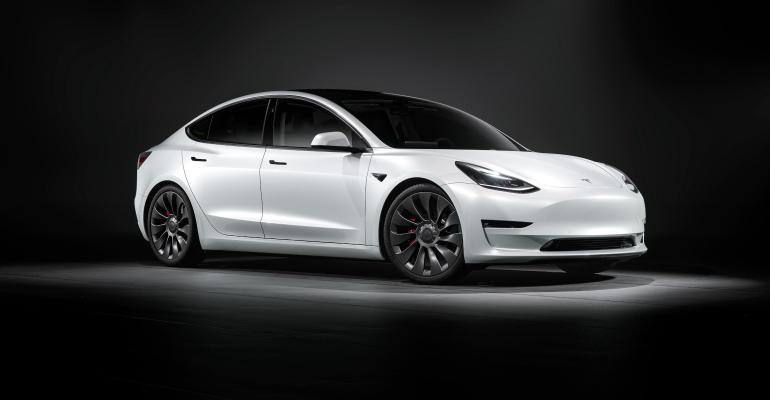 Most of Tesla’s LFPs have been employed in their standard range vehicles, like the Model 3, which are not designed for extended range or overtly-high performance.
Tesla recently revealed that about half of its most recently produced vehicles use lithium iron phosphate (LFP) batteries.

In the electric vehicle (EV) industry, battery technology reigns supreme. Factors such as battery capacity, weight, cost, reliability, and lifespan can all be limiting factors for the performance, feasibility, and widespread adoption of EVs.

Historically, lithium-ion batteries have been the technology of choice in this space, but as the field continues to evolve, other chemistries have gained in popularity. Among these technologies, lithium iron phosphate (LFP) is one of the most compelling competitors to traditional lithium-ion. As a testament to this, Tesla recently revealed that about 50% of the vehicles it produced in the first quarter of 2022 employed LFP batteries.

What Is Lithium Iron Phosphate?

LFP batteries operate in a very similar principle to most lithium-ion batteries but employ different internal chemistries to achieve their end result.

Looking inside of an LFP battery, you will find many of the standard components that exist in other batteries, including a cathode, anode, electrolyte, and separator. Uniquely, LFP batteries leverage LiFePO4 as the cathode material. The anode can vary but is often made of graphite.

Battery cells made of this chemistry exhibit a specific energy anywhere from 90–120 watt-hours per kilogram and a nominal cell voltage between 3.2V and 3.3V.  Charge rates are around 1C and discharge rates range from 1–25C.

As compared to lithium-ion batteries, LFP offers some key advantages in the EV space.

Tesla made big headlines in the battery industry earlier this year when it revealed that roughly 50% of its EVs produced in the first quarter of 2022 were equipped with LFP batteries.

According to Tesla, one of the major reasons for this shift was for capacity and manufacturing purposes. The company feels that in order to ensure long-term growth and sustained capacity, it must diversify their battery offerings based on the needs of each given model. For example, most of Tesla’s LFPs have been employed in their standard range vehicles like the Model 3, which are not designed for extended range or overtly-high performance.

Regardless, the fact that Tesla is relying so heavily on LFP speaks volumes about the technology's maturation and the role it is poised to play in the future of the industry. As Tesla is a pioneer in the field, it is expected that other companies will follow suit in the near future and begin to employ LFP batteries in some, or all, of their future EV offerings.