Is There a Chance That Magnesium Batteries can Ever Replace Lithium? 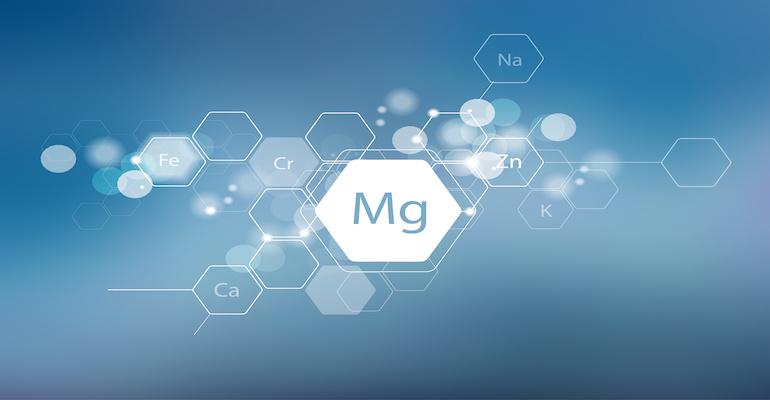 Researchers are working on new types of cathode materials that show promise in building magnesium-based batteries.

Lithium-ion batteries currently rule the electrical energy storage world, but that doesn’t keep researchers from investigating the viability of other electrochemical systems. Sodium and aluminum have shown promise, as has magnesium. In fact, magnesium rechargeable batteries (MRBs), with Mg used as the anode material, may prove to be promising candidates for next-generation batteries due to their energy density, safety, and cost. The lack of high-performance cathode materials that work with magnesium has thus far impeded their development.

As with lithium-ion batteries, transition metal oxides are the choice for cathode materials in MRBs, however slow diffusion of Mg ions inside the oxides poses a serious problem. Researchers have explored sulfur-based materials for this application, however, sulfur-based cathodes for MRBs have several significant limitations. They exhibit low electronic conductivity, there is slow Mg diffusion in solid Mg-S compounds, and solubility of polysulfide materials into typical electrolytes results in low-rate capability and poor cyclability.

To address these issues, a research team at Tohoku University has developed liquid-sulfur/sulfide composite cathodes that have been shown to enable high-rate magnesium batteries. According to a university news release, “The liquid-sulfur/sulfide composite materials can be spontaneously fabricated by electrochemically oxidizing metal sulfides, such as iron sulfide, in an ionic liquid electrolyte at 150 (degrees C). The composite material showed high performance in capacity, potential, cyclability, and rate capability.”

This material allowed for a stable cathode performance at temperature for more than 50 cycles. According to the researchers, such a high cyclability could be attributed to the following points: “a high structural reversibility of the liquid state active material, low solubility of polysulfides into the ionic liquid electrolyte, and high utilization ratio of sulfur due to its adhesion to conductive sulfide particles that form a porous morphology during the synthesis of the composite materials.”

Despite the researchers' progress, several problems remain. "We need electrolytes that are compatible with both the cathode and anode materials because the ionic liquid used in this work passivates the Mg-metal anode," said Kohei Shimokawa in the news release. "In the future, it is important to develop new electrochemically stable electrolytes to make MRBs more practical for widespread use."

Although MRBs are still in the development stage, the research team hopes that they have shown the potential for liquid sulfur as high-rate cathode materials for MRBs. "This would boost the improvement of sulfur-based materials for achieving high-performance next-generation batteries," added Shimokawa.