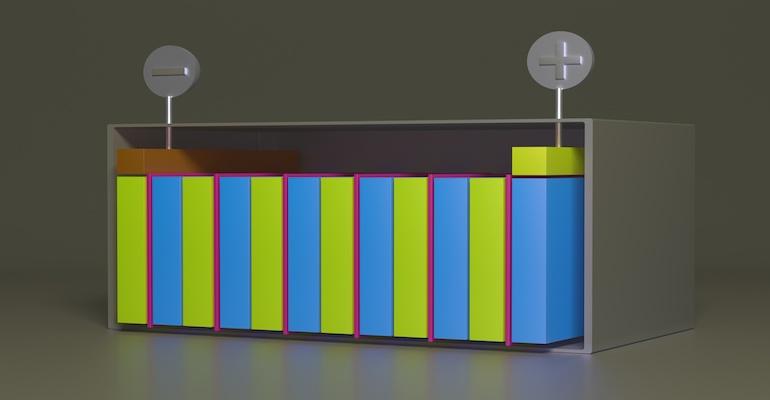 What will need to happen for solid-state lithium batteries to become mainstream?

One of the most useful aspects of a trade show—attending virtually or in-person—is the panel discussion. A group of experts, gathered together, with a skilled and knowledgeable moderator can provide insights into a topic that might not be available from a single presenter.

Such was the case with one of the Keynote panel discussion presentations titled “Solid-State Feasibility: When and How Will We Get There?” at The Battery Show & EV Tech Europe Digital Days on May 20th. Digital Days is an interactive virtual conference delivering the same technical training, top-tier education, and expert speakers as in-person events, but in an easily digestible virtual format.

The panel was made up of Holger Althues from Fraunhofer IWS, Pirmin Ulmann, founder of b-science.net, and Professor Mark Copley from the University of Warwick. The discussion was moderated by Xiaoxi He from IDTechEx. 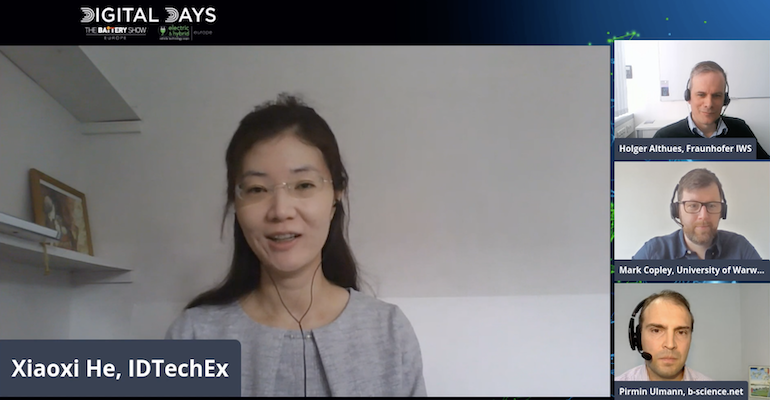 To start with, the moderator He asked each of the panelists to classify the various types of solid-state technologies that are presently under study. The panelists agreed that there are generally three main types of solid electrolytes: sulfides, oxides, and polymers, although Copley also pointed out that there are hybrids of polymers and oxides that showing potential.

The primary advantage of solid-state batteries is usually attributed to the use of lithium metal as an anode material to replace the traditional graphite used in lithium-ion batteries with liquid electrolytes. The metallic lithium can provide many more lithium ions to participate in the electrochemical reaction, potentially increasing energy densities by three to five times compared to current commercial lithium-ion batteries.

If lithium metal anodes are used with liquid electrolytes, lithium metal tends to plate out onto the anode surface during charging, forming spikey metal crystals called dendrites. These dendrites can grow large enough to reach the cathode, shorting out the battery cell and potentially causing a fire. Solid electrolytes are generally thought to inhibit the formation of lithium dendrites, however, in the panel discussion Copley pointed out that dendrites can still form under certain conditions, and Althues added that charging at low temperatures can still result in dendrite growth, even with solid-state electrolytes.

Take away the Anode

One innovation that each of the panelists pointed to as a future direction is “anode-free” technologies, as recently demonstrated by the company QuantumScape, among others. Instead of using lithium metal as an anode, a thin foil of copper can be used. During charging, lithium ions travel from the cathode, through the electrolyte, and are plated evenly onto the copper. This provides a source of lithium ions during the discharge phase. “I think it’s a breakthrough and will significantly increase energy density when you start with no anode,” said Althues. The graphite anode of a traditional lithium-ion battery is up to 18% of the composition by weight, so removing this material from both manufacturing and recycling can have cost benefits as well.

There was agreement between the three panelists that each of the three major types of solid electrolytes has problems that need to be solved. Sulfides for example offer high ionic conductivity (necessary for good power output) their processing can produce a number of issues, including the formation of highly poisonous hydrogen sulfide (H2S) gas when exposed to moisture. Oxides are somewhat safer but are more difficult to process, while polymers are relatively safe and easy to process, but suffer from relatively poor ionic conductivity. Ulmann noted that at least for electric vehicles (EVs) the considerations will be safety, energy density, and finally cost.

Of the three panelists, Copley was most interested in the coatings that might be needed in order to promote lithium ion exchange at the interface between the solid electrolyte and the cathode and anode electrodes. He believes that cathodes will need coatings, as will possibly the solid electrolyte surfaces, potentially requiring what are sometimes called catholytes or anolytes at the interfaces to promote ionic diffusion.

As to which solid-state technology will win? Althues says he has a “clear favorite”: sulfides because of their superior ionic conductivity. Ulmann leans toward polymers due to their better safety, particularly in EV applications. Copley says, “It really is a head-scratcher!” All agree that there is a lot of work to be done before this new technology is ready to hit the market.

The Battery Show & EV Tech Europe Digital Days of May 18-20 provided the latest in advanced battery design, thermal management, the evolution of battery chemicals, and other hot topics. You can check out the agenda at a glance and see the full list of speakers here.

Can Problems Posed by Silicon Anodes be Solved Using Graphene Nanotubes?
May 19, 2021